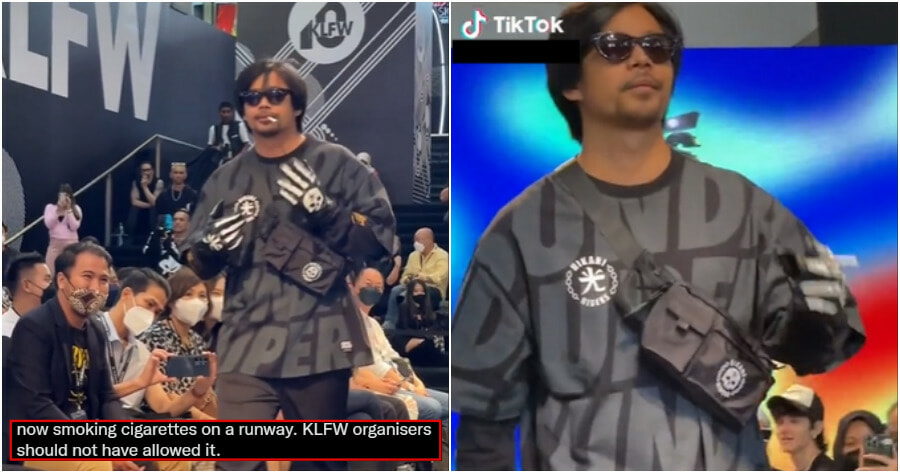 Last month, Malaysian singer Noh Salleh made headlines for vaping during an interview by reporters who asked him about the situation with his marriage to fellow celebrity Mizz Nina.

Although him vaping during the interview drew mixed reactions, his recent appearance at the recent Kuala Lumpur Fashion Week sparked backlash.

In a clip which has gone viral, Noh Salleh can be seen walking on stage at KLFW2022 with a cigarette in hand. It is unclear whether it was just a prop or an actual cigarette. 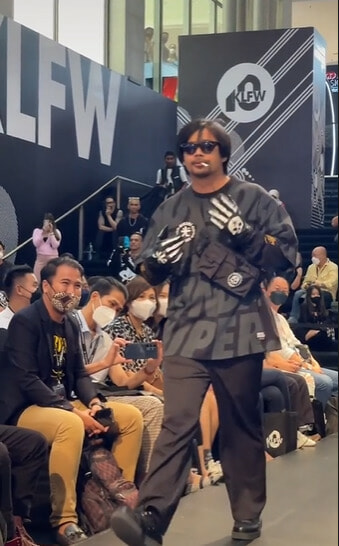 Role models shouldn’t do that

The clip has gone viral on social media where Malaysians have shared their opinions. Most users slammed him for using the cigarette – whether it was fake or as a prop.

“He shouldn’t bring it as a prop. The main attention should be on the clothing to respect the brand and designer. The fact that we are trying to reduce smoking (as a trend) and him doing this is bringing it back as a (potential) trend for younger viewers.”

Another user said that the organisers of KLFW should not have allowed it in the first place.

On the other hand, users said that it’s fine because the cigarette wasn’t lit up anyway.

One user said, “No need to accuse him, he’s not smoking, just holding it. I don’t like smoking but I hate accusing people.”

The clothes that Noh Salleh was presenting on stage was a collaboration between his own brand, Hikari Riders and local streetwear brand Super Sunday.

Hence, some users believe that he should have the freedom to do what he wants. “The brand is his, so he can do whatever he wants to portray his brand,” said a user.

Another commented, “Hikari Riders is his own brand, and he is on the runway for a streetwear that literally uses a human skull as a logo, and the entire vibe is supposed to be DARK AESTHETIC.”

What do you think of this? Acceptable or completely unreasonable?

Also read: M’sian Singer’s ‘Carefree’ Response To Reporters Asking Him About His Marriage Praised By Netizens 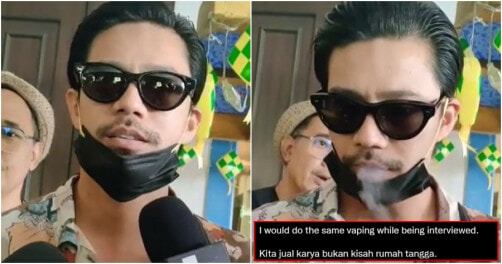