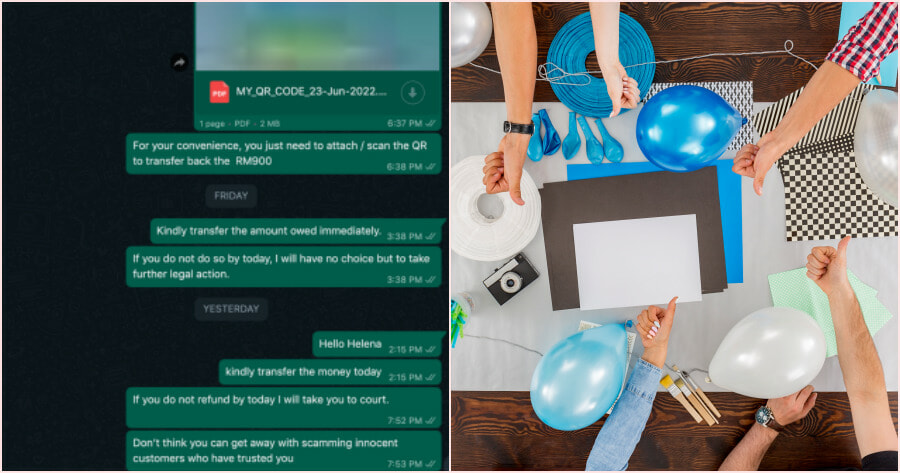 Although some scams have been going on for years, it seems that scammers will stop at nothing to continue profiting from innocent victims.

Recently, a Malaysian shared with us the story of how they had gotten scammed by a well-known event styling and planning company.

The person shared that on May 9, they had found an Instagram account of the company who provided event planning and styling services. 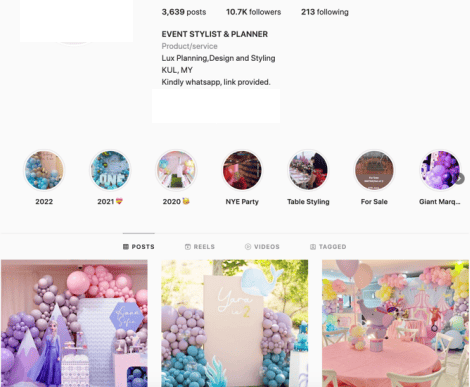 They then contacted the person in charge named Helena via WhatsApp to hire her to be the decorator for an event on  June 18.

2 days before the party, Helena informs them that she is “sick” and is unable to be the decorator for the event. She then claimed that she would find a replacement. 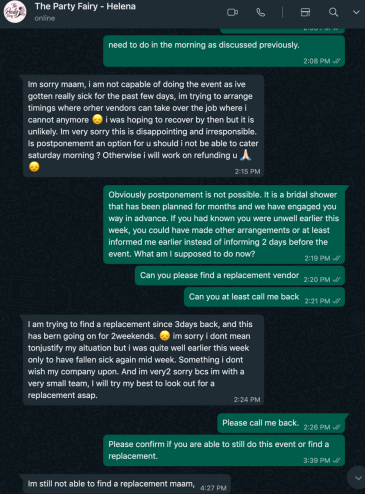 But just a day before the event, Helena claims she cannot find a replacement and agrees to issue a refund. 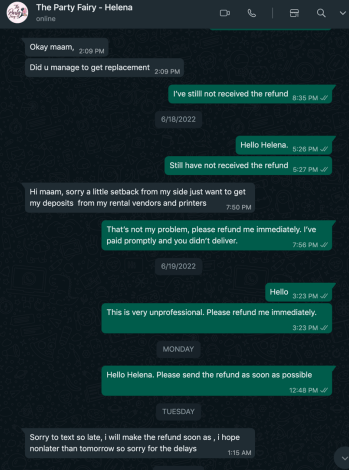 However, Helena has stopped replying to all messages and blocked all calls, and no refund has been issued despite daily reminders.

“She has been scamming people under this modus operandi for several years. Several police reports have been lodged against her.”

The user has also lodged a police report against her. 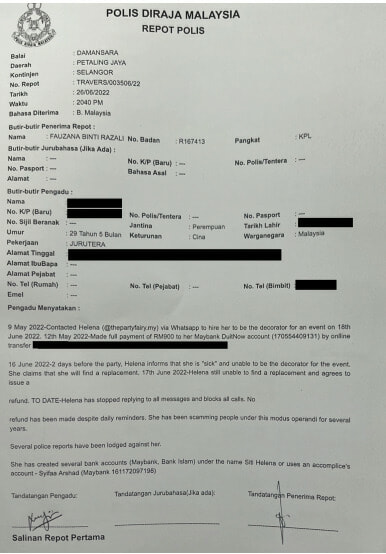 Not the only time

Meanwhile, the user has also compiled all of the reports against the company by other Malaysians who have similarly gotten scammed.

There were reported victims from last year, which means that she has been successfully operating the scam for around a year or possibly much longer. 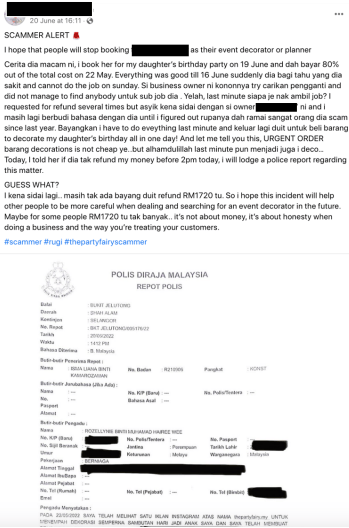 While the mother of an OKU child also got scammed by the company sometime last year. 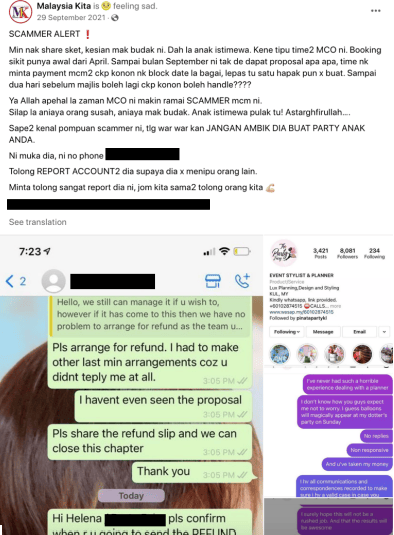 We hope that the authorities seriously look into this to stop more Malaysians from becoming victims of the party planning scam.

Have you heard of this scammer or anything similar? Let us know in the comments.

Also read: 380 Hajj Pilgrims Left Stranded In KLIA, Believed To Have Been Cheated By Travel Agency 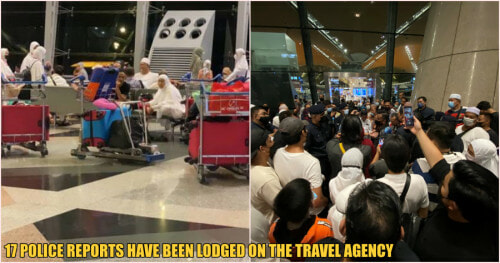