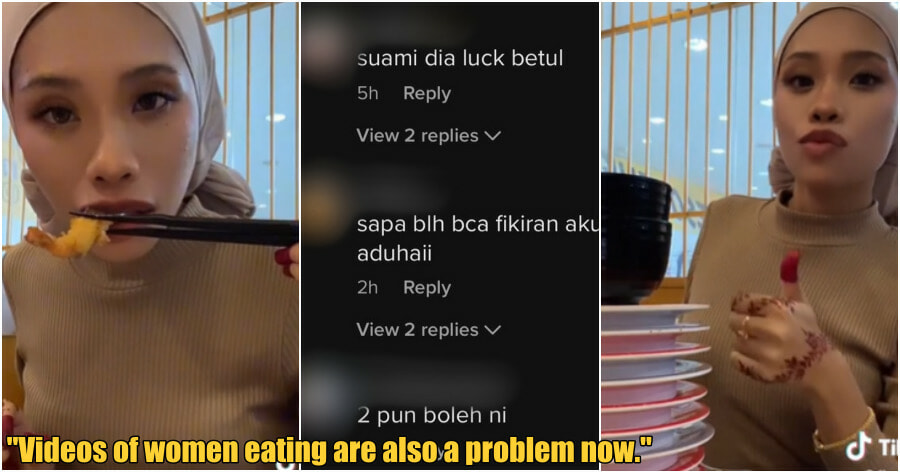 It appears that women are not safe no matter what they’re doing. From simply walking to just holding a baby, women are getting bombarded with disgusting and lewd comments from random men.

Recently, a woman shared a video on TikTok of her enjoying a few plates of sushi. Although it might seem like an innocent enough thing to do, random men on the internet left sexual remarks in the comments section of Fie’s video. 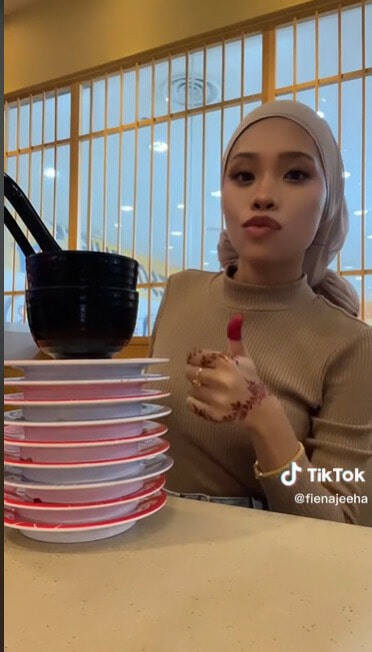 Even though it can be clearly seen that Fie is a married woman, the majority of the comments were centred on her mouth and the way that she was eating sushi.

Some of the disgusting comments included: Following the bombardment of sexual comments from strangers, Fie has since disabled comments on the video.

Although Fie’s video does not show the comments due to her disabling them, netizens have managed to screenshot a couple and shared it on Twitter to condemn the men for their comments.

“This woman right here (was) filming herself eating like a normal person. Apparently, there are still some stupid men.”

“People can know what kind of person you are just by your comments“, commented another user.

Another said, “Even a video of (a woman) eating is a problem. What’s wrong with these men? I have faced this before and I stalked their TikToks, found the accounts of their girlfriends and tagged them on their boyfriends’ comments that sexualised things.”

Meanwhile, Fie herself has responded to the sharing of her video on Twitter, and said that all of the comments have really traumatised her and made her feel insecure about her mouth.

Hi hello im the owner of the video, and tbh all those comments really traumatised me and makes me feel so insecure with my mouth 😅

We hope that Fie recovers from all of the harassment she has received. Hopefully the perpetrators get this rightful punishment one way or another.

Also read: “Touched himself whilst talking” – M’sian Gets Sexually Harassed by Flashing Student in Cyberjaya 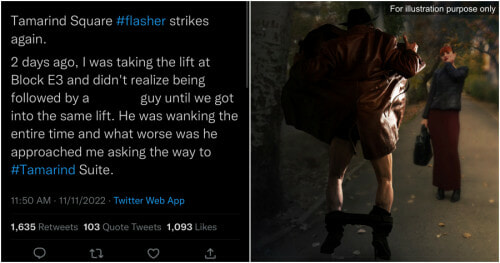