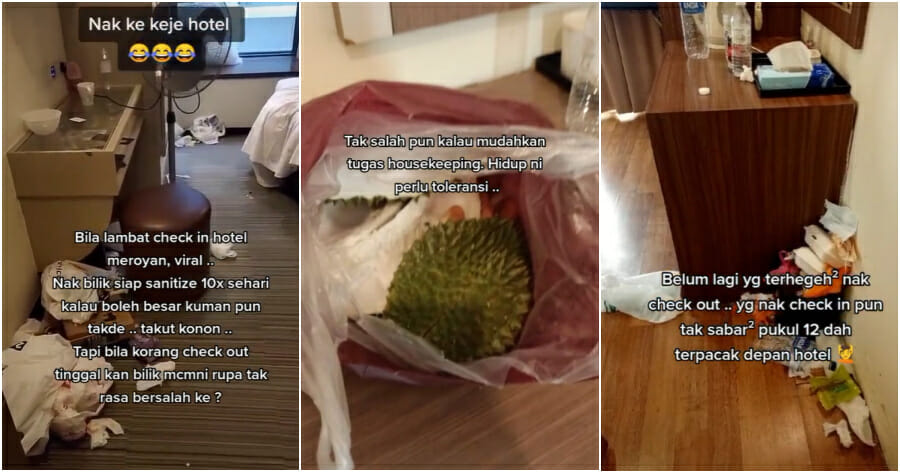 Ever since the interstate travel ban had been lifted, more people are travelling out of the states for their long-overdue vacations.

Vacations are often one of the most anticipated times but what sometimes grinds our gears is the late check-ins, which may get to our nerves.

However, a TikTok user, anna_faz86 had recently taken to her TikTok account and revealed that the late check-ins are not always caused by the hotel. Anna, who works as a hotelier, shared one of her experiences in cleaning the hotel room which was left in a filthy and messy state.

The caption at the beginning of the video says how late check-ins enrage some guests and prompt them to spread the matter online.

“You want a room to be as clean as a whistle. But don’t you feel guilty for leaving the room in this state?” she added.

She then stated that there’s no harm in easing the life of a housekeeper as sometimes compassion may help.

“Don’t give the excuse that you’ve paid, be empathic! This is the kind of people that slow our housekeeping work down.”

The last caption sees Anna highlighting some guests who take their sweet time in checking out, as well as people who rushed to check-in at 12PM. Most of the time, a hotel will require its guests to check out as late as 12PM, and check-in as early as 3PM.

The 16-second video sees the hotelier capturing a series of nightmarish messes left by the previous guest.

In the comment section, Anna shared a quick tip on how to ease the housekeeping work and hence, the check-in process.

“The room doesn’t have to be as clean as during the check-in. Simply strip the linen, tie up the garbage bags and put them in one place. Also, keep the hotel items properly.”

The video was uploaded on November 7 and has since gained more than 89,000 likes and more than 1,000 comments. Netizens have a lot to say about what they see before their eyes, with most of them expressing their disbelief and shock.

“I would usually ask my kids to clean the room prior to check out. We were taught by our parents that way and even to organize the plates after we’re done eating at the restaurants.”

“Seriously? I would fold and clean as much as I can before I leave, I don’t want people to think I’m dirty.”

“I’m enraged. Did a monkey check into this room?”

“That’s scary. I would make it as clean as possible whenever I go to resorts. If we ease the job of others, our jobs will be eased too, in God’s will.”

Some also expressed how they understand the feeling of the hotelier as they are in the same industry.

“People who have worked in housekeeping can relate to how stress to be assigned to room like this.”

Do you usually clean as much as you can before leaving the hotel room? Let us know in the comments below! 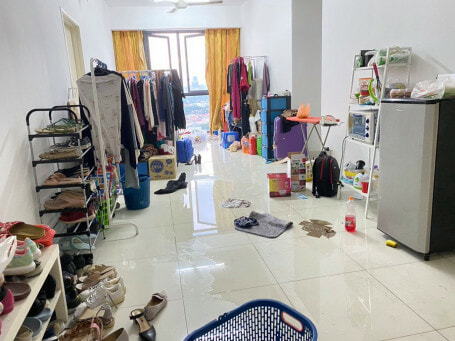