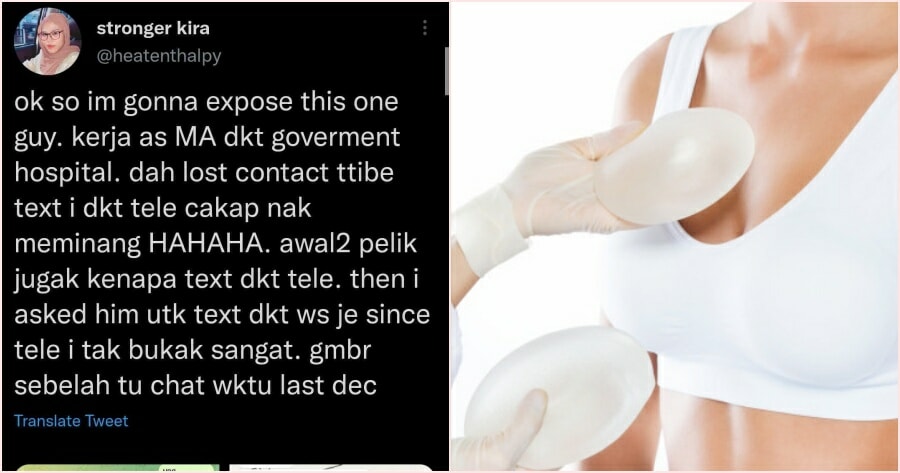 The rise of technology has resulted in new and innovative ways of how you can approach someone you like. However, it also means that people are more brave and less logical in their approaches.

Recently, a Malaysian woman by the name of Kira shared screenshots of a conversation she had on Twitter about how a man had texted her and asked for her hand in marriage.

In her post, she explains that the guy is a Medical Assistant at a government hospital who she had lost contact with.

“We had lost contact but suddenly he messaged me stating that he wants to get married to me,” she explained.

She explained that back in December last year, he confessed his feelings to her out of nowhere. They then stopped talking until he recently messaged her in March.

After telling Kira that he wants to marry her, Kira proceeded to tell him that if he’s serious about it then he should at least meet her and her parents first and that she’s still studying.

The man then stated that he would like to rush the wedding and just get married first without a ceremony.

To which Kira asked, “Where will I live. And what can’t you resist?”

The man then said that he can’t resist her and that she’s too pretty to be left for too long. “You just stay with your friends. When I’m on leave I’ll come get you,” he added.

“I’ll give you allowances. What are you worried about? My salary is also enough to save. You just chill. Now my account is enough already.”

However, things got even weirder when he said that he has a special request for her before they get married. “I want you to have bigger breasts,” he wrote.

To which Kira asked him to find someone else.

“I don’t want to change myself for a man. You accept me for the way I am. And I don’t like having a bigger body like that. I admit I’m flat, but your request is nonsense. Go find someone who already has that,” added Kira.

The man said, “No. I want you. I didn’t ask you to change anything, just make it bigger. Your breasts are already big so just make them a bit bigger.”

Kira responded angrily by calling him a pervert. “Marriage is not about sex only,” she wrote.

The man agreed with her, however, Kira scolded him for making such requests.

“Then why would you request that? Do men only care about women’s breasts? I don’t care if you have a lot of money. What’s important is behaviour, the way you treat me and understand me. Not just about my body.”

Kira’s tweet has garnered over 6,671 likes and 4,270 shares. Plenty of netizens expressed their shock over the audacity of the man.

“As a man, I’m ashamed. He’s messaging you pretending to be rich but showing bad and lustful manners. Just started messaging and he already messaged dirty things. There’s no need to request for anything weird before marriage,” commented a user.

“In my opinion, if a guy that you don’t really know suddenly comes and requests for a rushed marriage due to whatever reason, it’s a red flag. Man slut,” commented a netizen.

However, some argued that Kira was at fault for even entertaining him in the first place.

“Why do you need to admit that your breasts are flat? I think that from the start you shouldn’t have entertained him. But maybe you had your reasons why,” said a user.

What do you think of the man’s request? Let us know in the comments. 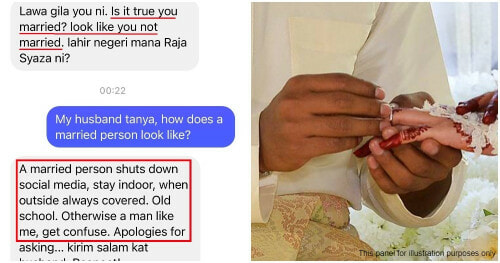