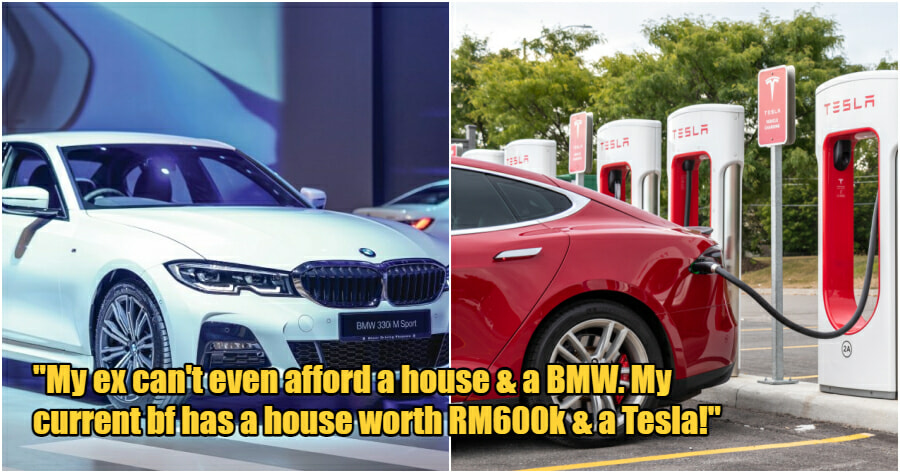 Financial stability is one of the most important aspects of life but does it affect a romantic relationship in general?

Recently, UTAR Confessions shared another anonymous confession about a girl who decided to break up with her boyfriend of 6 years after failing to see the kind of stability she desires in the relationship.

“Do you know how embarrassing it was to be with him? He’s turning 28 and has been working for years, but still can’t afford to buy a house and a BMW,” she explained her frustration. 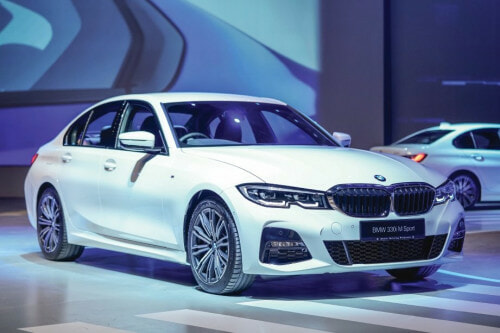 She also revealed that her ex-boyfriend is her 1st love who she met back in college and the breakup became the last resort when she couldn’t foresee a future with him.

New love blossoms at the workplace 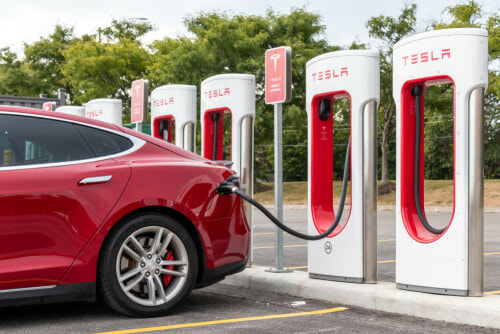 The kind of “stability” that the woman is looking for apparently has been around her all these while as he is her superior in the office. The man asked her to be his girlfriend and she agreed to it.

She continued by reminding the fellow ladies to not waste their youth on men who have no future.

“Listen to me, ladies. We have to look for successful men. Men without money are trash,” she reiterated. 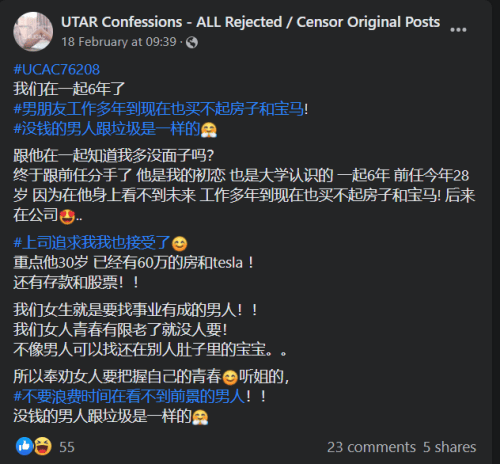 The confession post has gained multiple reactions from the netizens. One of them described her as someone who “robs” the men in order to change her life.

A netizen took the opportunity to “slap” her with the truth about the properties that her current boyfriend has.

“As long as he’s still paying off loans, the house and the Tesla still belong to the bank. A lot of us have a car and a house. So? What are you trying to show off?”

You saved your ex!

Other netizens think that the breakup was a huge favour to her former partner.

“I’m so happy for your ex! He’s released from being tormented.”

“You were with him for his money. So, you did the right thing by leaving him. Your ex was released from you.”

Do you agree with her decision to end the previous relationship, as well as her opinions on the kind of men to look for?

Also read: “I don’t feel safe” – M’sian Breaks Up With Her 27yo BF For Only Having RM50k of Savings 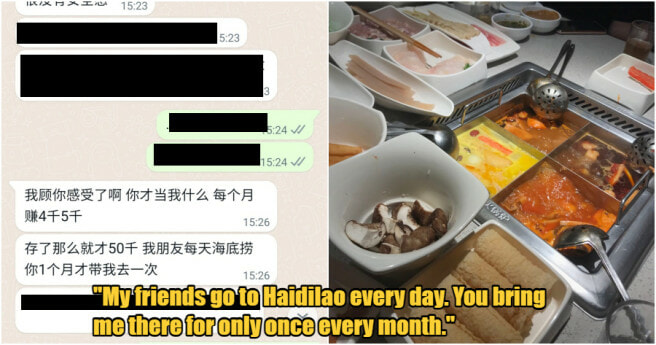