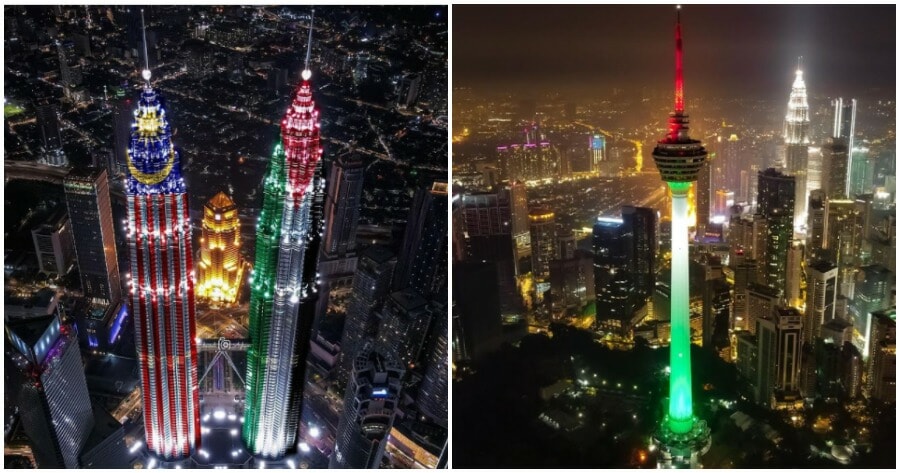 Being a photographer is never an easy job as it requires more than just an expensive camera.

On 23 May, Malaysian photographer, Khairul Azham Mohd Noor captured two beautiful moments and featured them on his Instagram account @_khairulazham_, garnering over 10,000 likes from the netizens.

As a show of Malaysia’s solidarity with Palestineans, the flags of both countries were lit up alongside each other on the Petronas Twin Towers. At that moment, Khairul managed to capture breathtaking shots of Malaysia’s iconic skyscraper. 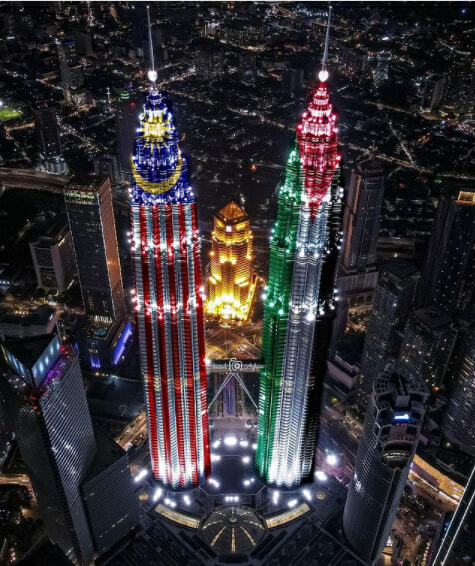 He wrote in the post, “We Malaysians [will] always stand with Palestine.”

Speaking to WORLD OF BUZZ, the talented photographer said he managed to capture a full shot of the stunning moment by himself with a drone. The posts received tons of positive comments from Instagram users who were mesmerised by the beauty of these shots.

Earlier on 15 May, another one of Malaysia’s landmarks lit up to show support for Palestine. Khairul’s photo perfectly captured the Kuala Lumpur Tower that was all decked out in Palestine’s flag colours to show the country that Malaysians stood with them in their suffering.

In the post, it was written, “As a sign of solidarity for our Muslim brothers and sisters, The Kuala Lumpur Tower is lit up in Palestine’s flag colours – green, black, white, and red. Let us all pray for their safety and wellbeing.”

Beyond Kuala Lumpur, the green, black, red, and white lights were also seen lighting up the iconic Terengganu Drawbridge and Kuantan Tower for five hours daily, until midnight, as reported by BERNAMA.

What do you think of the photos? Let us know in the comment section. 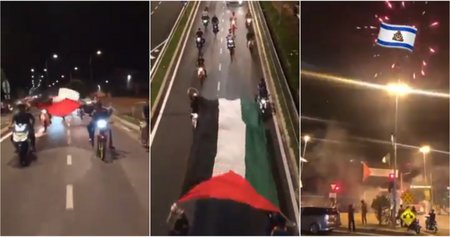