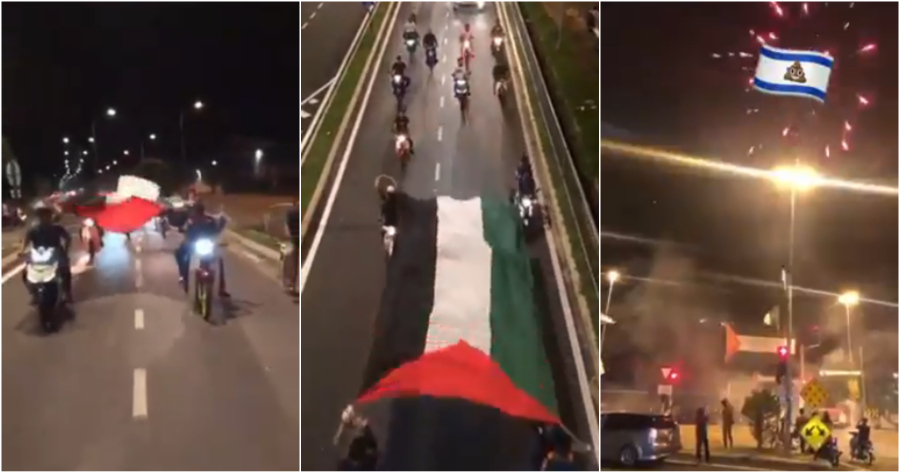 Around 11 motorcyclists were arrested by police officers last night, 20 May, after they were found to be riding dangerously while carrying a large Palestinian flag.

According to Harian Metro, the group had ‘convoyed’ at the Jalan Telok Mas road while carrying the flag to show solidarity with Palestine, against Israel, though their riding was considered dangerous to themselves and other road users. 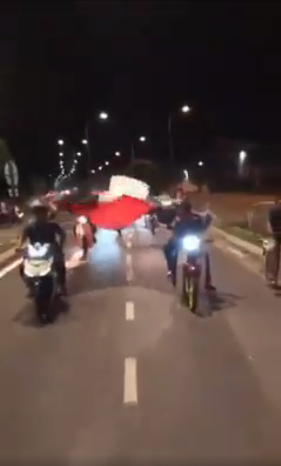 The Central Melaka Regional Police Chief, Assistant Commissioner Afzanizar Ahmad, shared that they received a report in regards to the motorcyclists at around 8pm, when videos of the incident were posted to social media.

In the video, not only did the motorcyclists ride around with the large flag, but they also hung it up at an intersection, where one of them could be seen climbing up a street light pole to secure the flag. 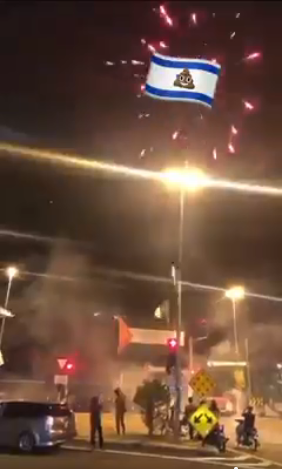 They even released fireworks after hanging up the flag.

An investigation into the videos found that the motorcyclists were, in fact, endangering themselves and other road users. 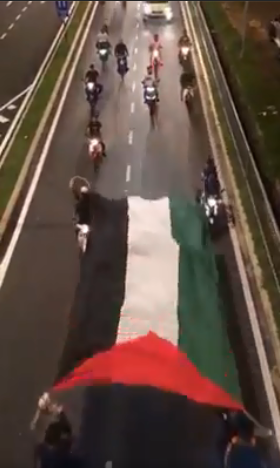 “Following that, a total of 11 individuals were called to the Kandang Police Station to testify before being arrested,”

“All the detainees were aged between 17 and 30-years-old. However, three of them were released on bail,” he said.

Eight of the motorcyclists were remanded for two days for the investigation according to Section 42 (1) of the Road Transport Act 1987 and Regulation 10 of the Prevention and Control of Infectious Diseases Regulations 2021, that no one should participate in processions in any way.

He also advised parents to monitor their children’s movements during the Movement Control Order (MCO). 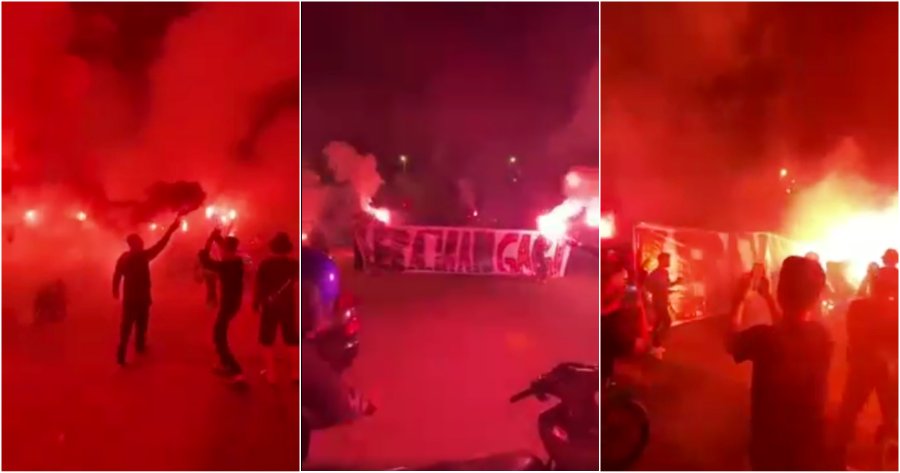