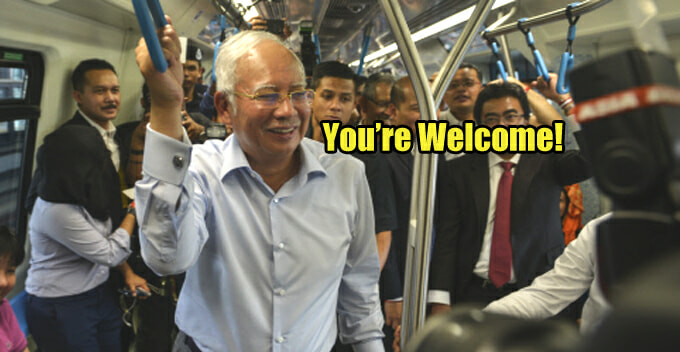 The launch of the MRT Sungai Buloh-Kajang line has garnered nationwide attention due to its unique architectural design, receiving mostly positive feedback from the rakyat. However, a minister released a statement about the line that caught a lot of attention online.

The minister in question is the Communications and Multimedia Minister, Datuk Seri Dr Salleh Said Keruak. 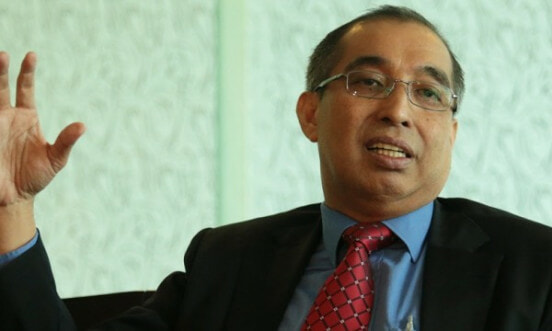 Here’s what he wrote on his blog, as reported by MMO.

“This (MRT SBK line) is a gift from the prime minister to the country. Let us celebrate this achievement which is yet another symbol of the country’s public transport infrastructure development successes.”

This huge project cost the government RM21 billion to build and it was estimated that 400,000 passengers would benefit from it. The 4-car trains can reportedly transport 20,000 passengers in one hour, and the the fares do not exceed RM6.40.

On top of that, Dr Salleh also said that the MRT project proved that the government doesn’t discriminate states that are held by opposition and prioritised the well-being of the people. 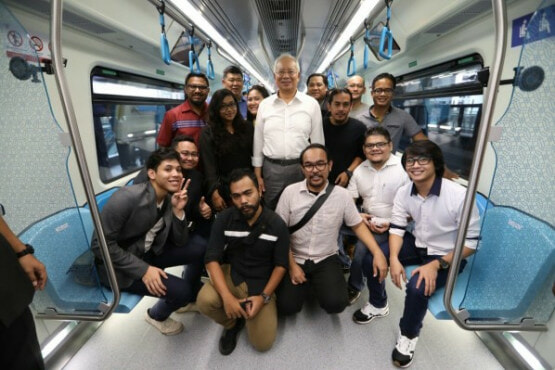 The minister’s statement was met with many reactions from local netizens, many of them unconvinced by what he said.

“Gift? Did Najib pay for the project using his own money? How about some gratitude for the rakyat who worked hard and paid their taxes which helped fun this project?‘ one netizen commented.

“Nope, that’s not a gift, unless Najib paid with his own money. By the way, it is your responsibility as a government to provide mass transportation systems to the people,” commented another netizen.

Understandably, the minister’s statement is rather controversial to some, but let’s focus on the positive side! At least public transport is becoming more accessible now! 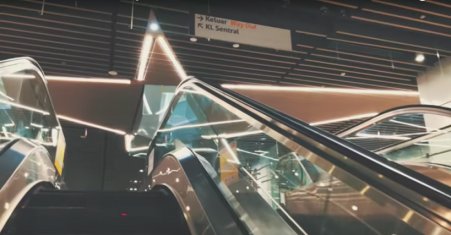