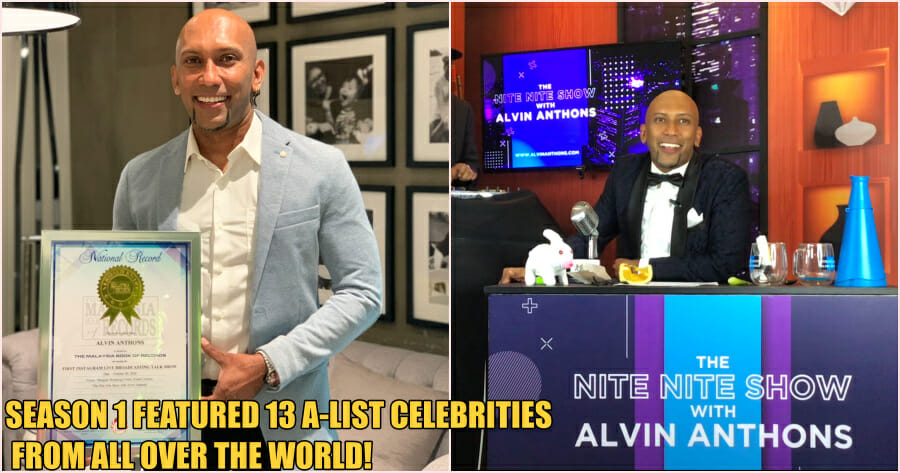 As certain entertainers in Malaysia’s entertainment industry start to gain traction, it is inevitable that they get compared with their similar counterparts back in Hollywood.

Some have been referred to as the ‘Malaysian John Legend’ for their efforts in bringing R&B to the local scene.

On the other hand, did you know that we have our very own local version of Jimmy Fallon’s and James Corden’s late-night talk show?

‘The Nite Nite Show’ hosted by Alvin Anthons has been breaking barriers ever since its inception just last year. 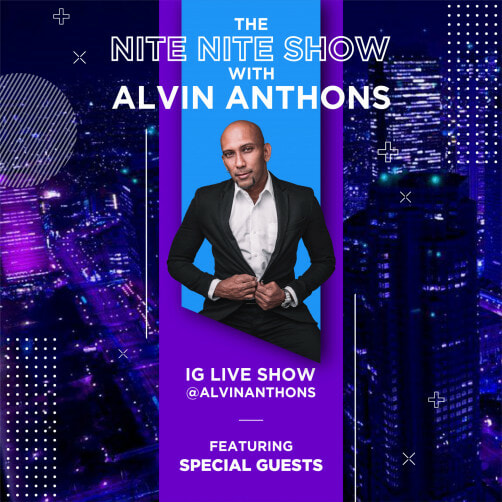 For those of you who perhaps have never heard of the show, ‘The Nite Nite Show by Alvin Anthons’ is the first Malaysian live entertainment program broadcasted on Instagram, amidst a studio set and a live DJ.

It features special guests in each episode who come on board via Instagram remotely and talk about trending issues as well as participate in unique game segments which are tailormade for each guest. 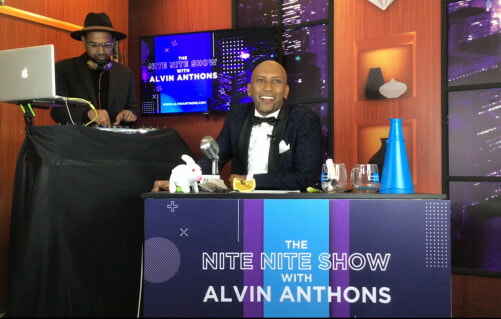 Some of the unique games created for each guest utilises unconventional mechanics and props. Each hilarious episode features interviews with guests and two game segments including;

The show also engages the audience in its games and programme of each episode by making them part of the games that the guests are required to play as well as a weekly contest for the audience to participate to win official merchandise.

What’s perhaps more impressive is that the show has even earned a National Record verified by the Malaysia Book of Records as the First Instagram Live Broadcasting Talk Show. 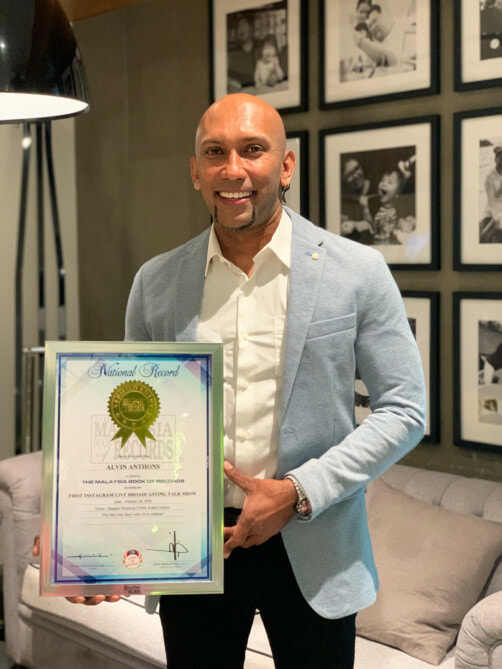 Inspiration behind the show

Alvin, who is a professional emcee, television & talk show host, speaker and recording artist decided to start his very own late-night talk show after he had felt that there was a lack of English content in Malaysia.

Speaking to WORLD OF BUZZ, Alvin mentioned that as the pandemic came to our shores, there was a need to amplify the adoption of digital as more people have taken entertainment to their mobile phones.

“We saw Instagram as a good platform to be on as most of us Malaysians were glued to Instagram and TikTok during the lockdown.”

“Me and my team, Anna Thomas my producer and DJ Spexx my DJ got together to figure out how we could use the platform in a different way as opposed to the regular IG Live where two people just join a live session together,” he added. 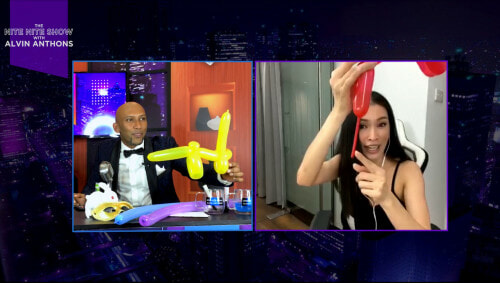 “We managed to configure a Live-Multi-Output show that allows for simultaneous broadcasting of visuals of both parties, along with the host’s  and the remote guest’s audio as well as a DJ with live music, throughout the show in a high-quality production,” said Alvin.

In reference to earning a national record, Alvin said that he and his team did not create the show to earn any form of recognition besides wanting to put out good, engaging and entertaining content to keep viewers up and about during the difficult stay at home period.

“Having received this National Award, we truly are grateful for and we surely will keep pushing the limits of what can be done.”

Season 1 of the show which concluded at the end of July 2020 has featured 13 A-list celebrities from Malaysia, Singapore and the United States of America, of various talents. 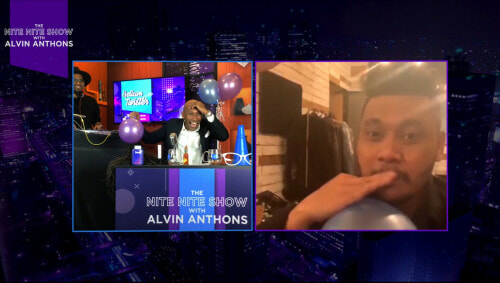 The line-up of guests that have appeared on the show so far are; Dato’ Hans Isaac, Dato’ Norman (KRU), Gurmit Singh aka Phua Chu Kang, Amber Chia, Allan Wu (Amazing Race Asia) and Justin Bratton (Asia’s Got Talent) and more.

In season 1, the show garnered an average of 500+ ‘live’ viewers from the start and exceeded 1000++ ‘live viewers’ for each episode as it progressed. Meanwhile, the recap of each episode which is posted on Alvin’s YouTube channel has reached over 5,200 views within a week, on average for each episode.

Future of the show

On plans for a Season 2, Alvin told us that it is currently in the works and will begin soon in the first quarter of 2022.

“With the steady viewership seen in Season 1, the show has been approached by many A-list celebrities both locally and internationally who would like to be featured on the show.”

“Unfortunately, we will not be able to share that list as it will burst the bubble too early. However, we are aiming for Season 2 to return even bigger and better, bouncing off ideas of possibly having a live studio audience and maybe even live performances from guests or featured bands,” added Alvin. 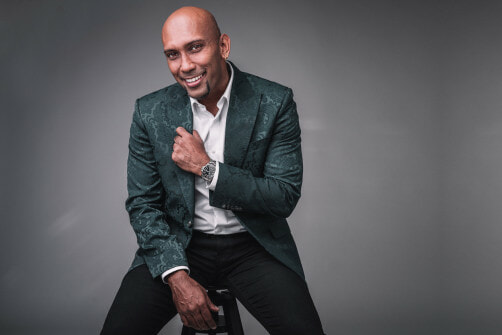 Although the programme aired twice a week, every Tuesday and Thursday at 10pm during Season 1, Alvin said that he is unable to confirm whether Season 2 will follow the same format.

Guess we will just have to stay tuned! We certainly can’t wait to see what is in store for the Season 2 of ‘The Nite Nite Show by Alvin Anthons’.

For those who would love to see a more local twist on the wildly popular late-night show variant, do check out the recaps of the episodes on Alvin’s YouTube channel or his Instagram. 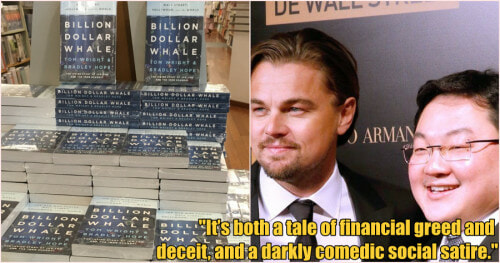