It is feared that Godzilla would ‘eat himself to death’ if this continues!

A 3-year-old macaque named Godzilla living in a market in Bangkok’s Min Buri district has become quite a popular local attraction due to it being more than double the average weight for his species as well as how he is always seen wearing a tank top. As reported by Daily Mail, the male monkey is tied to a stall at the market and can be seen wearing a tight-fitting tank top.

Godzilla would usually attract a crowd of visitors whereby most would try and feed it with various kind of food. His owner, named Manop said that she adopted the primate after he was abandoned by the stall’s previous owner. 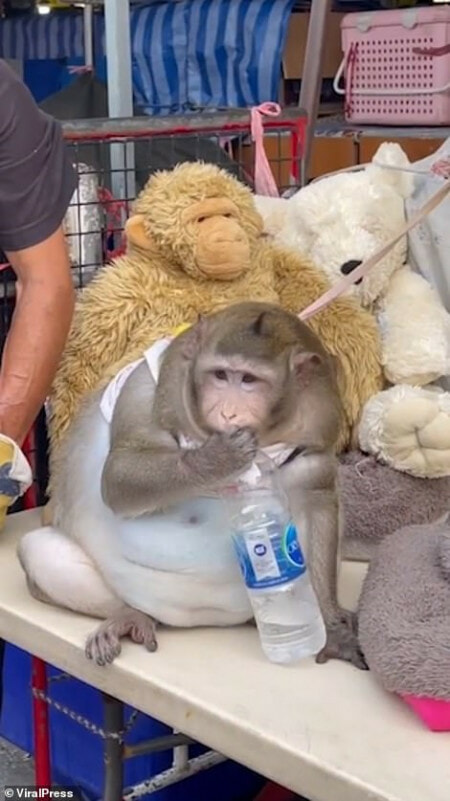 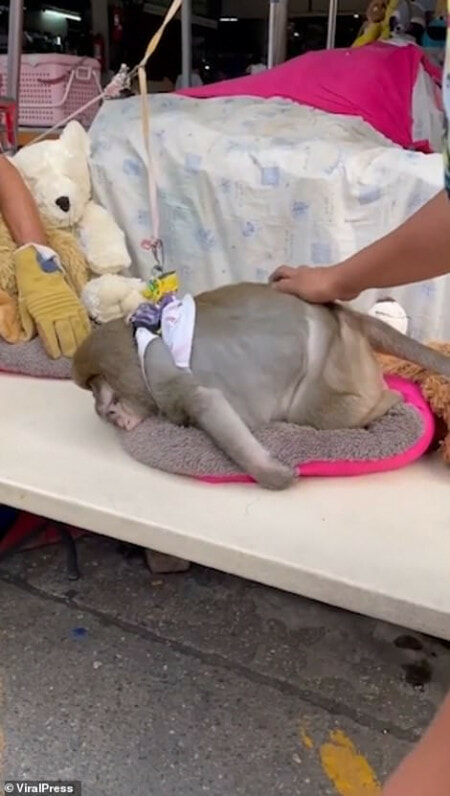 Manop said that she treats and feeds the monkey well (which we can obviously see) but has not been able to keep his weight under control. Furthermore, since Godzilla was found by a rescue team when he was still a baby, he grew up being fed by humans. Godzilla does not know how to find food on his own in the wild.

Macaques such as Godzilla usually weigh around 8kg but he tipped the scales at more than 20kg. Manop said that her pet monkey exercises every morning but still has not been able to lose weight. 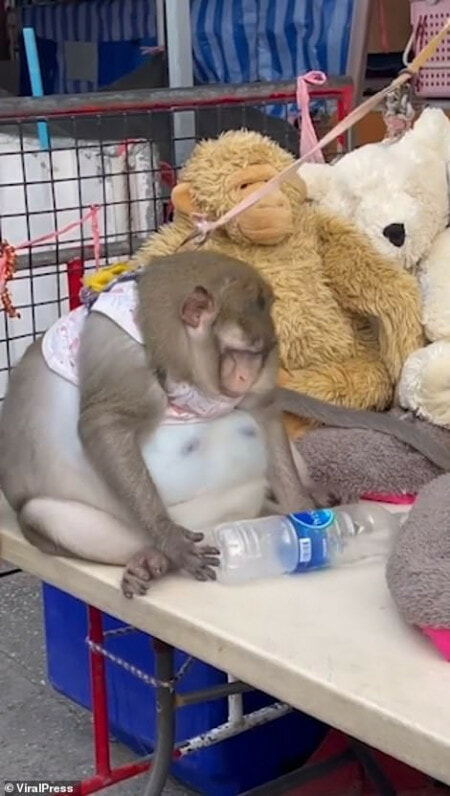 Furthermore, the reason why he is brought and tied at the market is because that is the only way Manop can look after him. She fears that Godzilla would be stressed if left all alone at home.

While a lot of visitors like to feed him, Manop said that Godzilla is actually quite a fussy eater. She said,

“A lot of people give Godzilla food but he only eats from people he likes. He’s very fussy and can get angry if he doesn’t like the person.”

Well, it seems that Godzilla is not fussy enough considering his weight. Let’s hope that Manop can help with Godzilla’s obesity or his appetite would end up being the end of him.

Also read: Authorities Remind Public Not To Feed Monkeys After Woman Gets Attacked On Kledang Hill 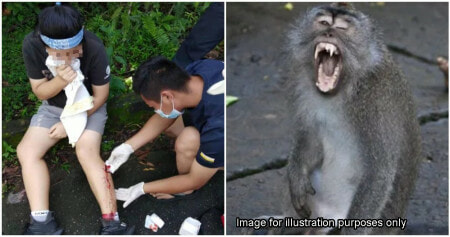