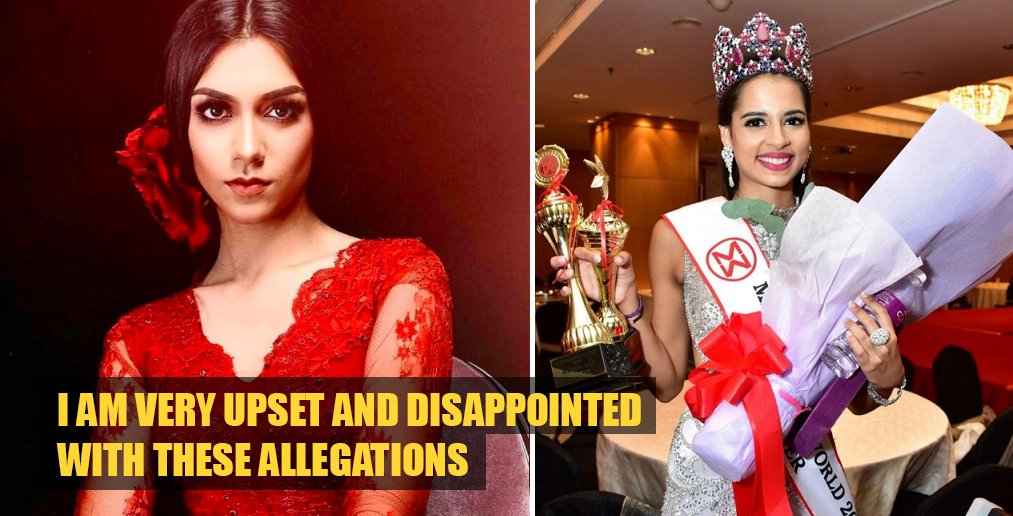 Yesterday (6th March), it was announced that Tatiana Nandha Kumar would no longer be representing the country as Miss Malaysia World 2016. This announcement was made by the National Director and Licensee of Miss Malaysia World, Dato’ Anna Lin, via Miss World Malaysia’s official Instagram page.

Tatiana Kumar represented Malaysia at last year’s Miss World Pageant in the United States on the 18th of December. 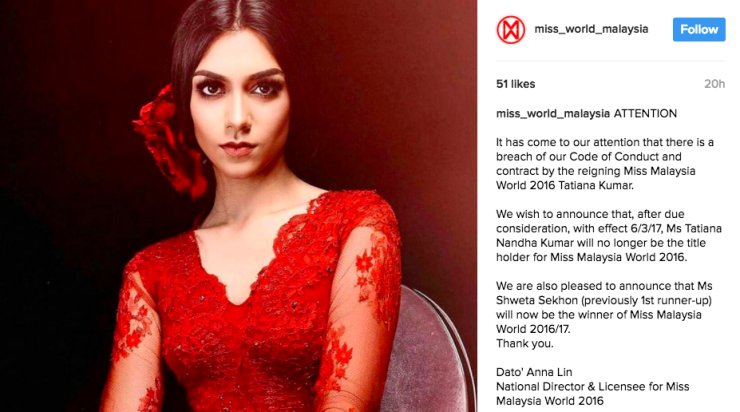 According to the statement, her title will be passed on to the first runner-up, Shweta Sekhon effective immediately.

Tatiana shares with us her official statement on this matter,

“Last Friday evening (3.3.2017), I received a letter from Meridian Surf Sdn Bhd’s lawyers (Dato Anna Lin’s company) alleging that I had breached the agreement I entered into as Miss Malaysia World 2016 (“Agreement”) with Meridian Surf San Bhd. Several posts on social media also state that Dato Anna Lin (the purported National Director and Licensee for Miss Malaysia World 2016) claims that I have breached the Code of Conduct. The lawyers claim that as a consequence of such alleged breaches, the agreement with her company has been terminated and my title as Miss World Malaysia 2016 has been removed.

“The termination of the Agreement and the removal of my title are wrongful and wholly unjustified, as I have certainly not breached the Agreement or any so-called Code of Conduct. More importantly, the allegations made against me are wholly false and unacceptable. I am very upset and disappointed with these allegations as I have conducted myself with utmost professionalism as Miss Malaysia World 2016 to-date.”

“I would also like to this opportunity to thank the public for their tremendous support throughout my journey as Miss Malaysia World 2016 and for all your continued support.” 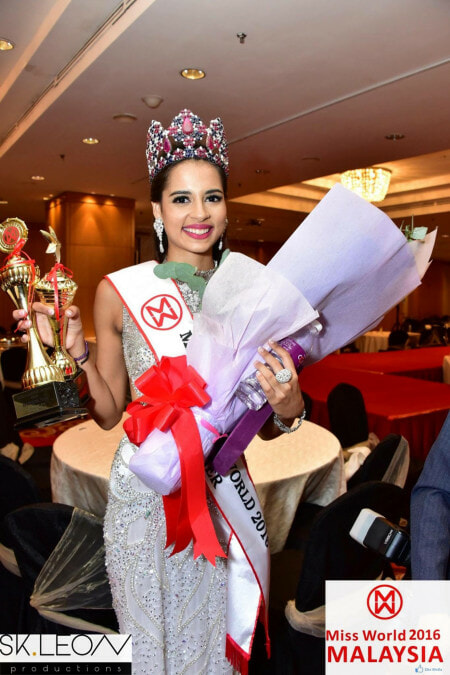 Tatiana Kumar was allegedly stripped of her title due to “offensive comments” her and her family members made via social media.

However, it wasn’t really clear what these offensive comments were, so we decided to find out.

After some digging on social media, there were some interesting findings that we came across. 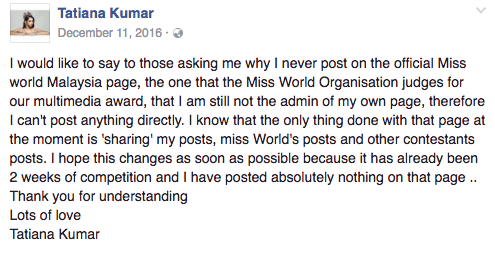 Aside from that, her father wrote a series of comments on a Facebook post of hers nearly a week after the Miss World event took place, with a link to an article about potential corruption within the pageant.

This article also reported that at Miss World 2016, Miss Puerto Rico was crowned the winner. Interestingly, one of the judges of this pageant turned out to be the national director of Miss World Puerto Rico, implying that there could be some amount of bias during the judging process.

Tatiana’s father later posted another comment after that, stating the following:

It appears from the comment that her father suspects the national director of Miss Malaysia World, Dato’ Anna Lin Mei Yoke, did not like Tatiana. He also appears to be blocked from posting anything on the Miss Malaysia World Facebook page.

It seems that Tatiana’s father isn’t the only one who dislikes the national director’s behaviour, though, as some netizens expressed their outrage with this post that she made on Instagram during the Miss World Pageant on December 18th. 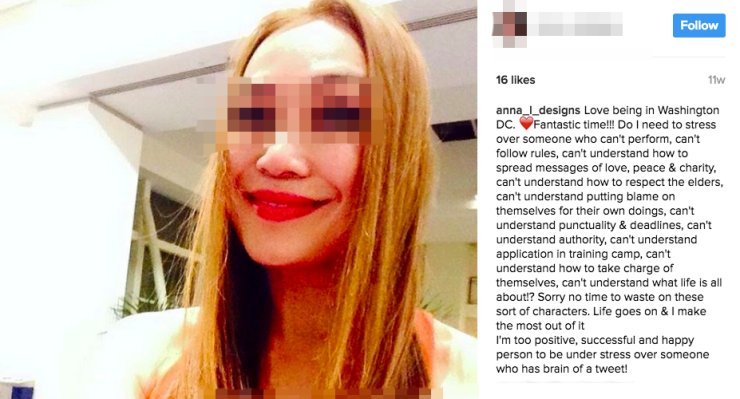 “Sorry no time to waste on these sort of characters. Life goes on & I make the most out of it
I’m too positive, successful and happy person to be under stress over someone who has brain of a tweet!”

Many people thought that this caption was about Tatiana. One internet user took to the Miss Malaysia Pageant Facebook page to voice out his dissatisfaction with the national director’s caption, saying,

“I hope the Miss World Organisation takes this matter seriously. We can’t afford to have her bullying our future queen. Enough is enough. If she has no real passion towards empowering young woman, then please step down and give ur license to another organiser who can do justice to our dying pageant.”

Hmm… we’re not sure what to think of all this. It’s still too early to tell what really went down. What do you guys think? 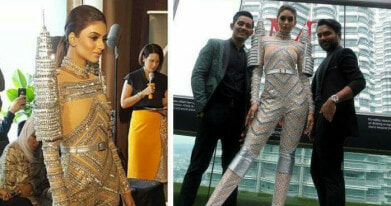