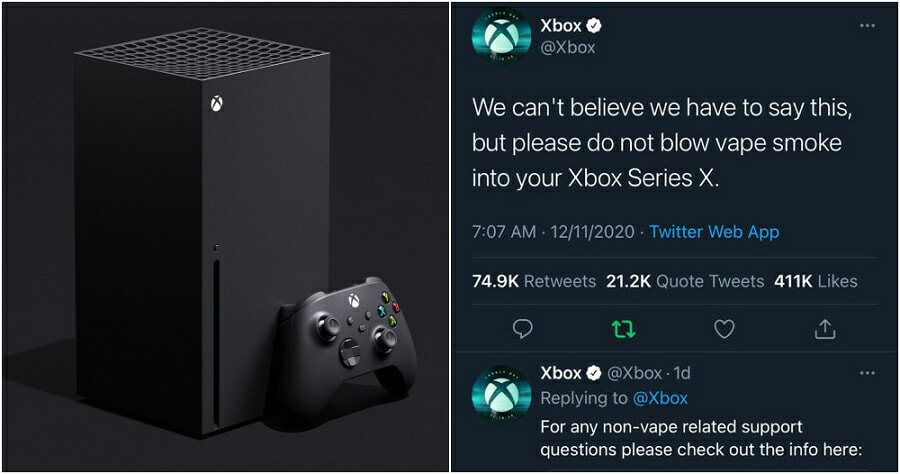 Ah, the notorious creativity of peoples minds… Recently, a video has gone viral on social media showcasing smoke coming out of an Xbox Series X. Later on, a couple of other similar videos went viral as well claiming that there is something wrong with the Xbox Series X.

Whether it was supposed to be a joke, it is highly misleading as many people actually started believing it was actually smoke and not vapour.

It all started from a tweet by Culture Crave, where two video clips were shared showing a cloud of smoke escaping from the top vent of the console. He quoted the tweet saying many users are facing similar hardware problems since the launch day.

The tweet managed to mislead many users. A Twitter user even commented “Never buy a product on launch day. This should be known by now.”

However, Twitter user Xbox Studio later put the fake news to rest by posting a video showcasing how to accurately recreate the effect by blowing vapour into the Xbox console, which explains why it would cause it to smoke even if it’s turned off.

Microsoft later made a statement on their official Xbox Twitter page requesting people to not blow vape smoke into the Xbox Series X.

We can't believe we have to say this, but please do not blow vape smoke into your Xbox Series X.

This tweet seemingly blew up, which luckily helped to educate and create awareness among a number of consumers.

Have you been blowing vape smoke into your Xbox Series X? Perhaps you should stop right now!

Also Read: M’sians Beware! Scalpers Are Selling The PS5 Console For Up To RM5,000 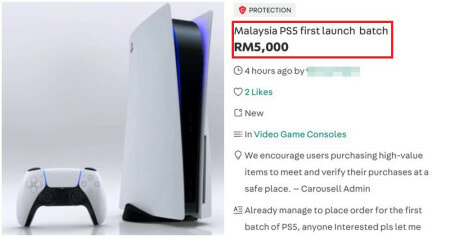