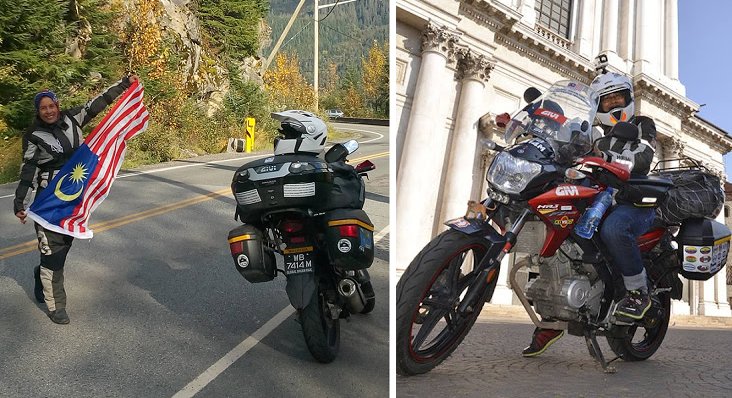 In an interview with Global Women Who Ride, Anita has claimed pride in having the Malaysian Book of Records recognise her accomplishments, and gave her record title “First Malaysian woman to ride solo across 5 Central Asian countries on motorcycle.”

In fact, armed with only 22 months of riding experience, she rode solo to Thailand, Myanmar, Cambodia, Vietnam, Uzbekistan, Kazakhstan and Afghanistan!

Clearly, she’s a badass not to be taken for granted. 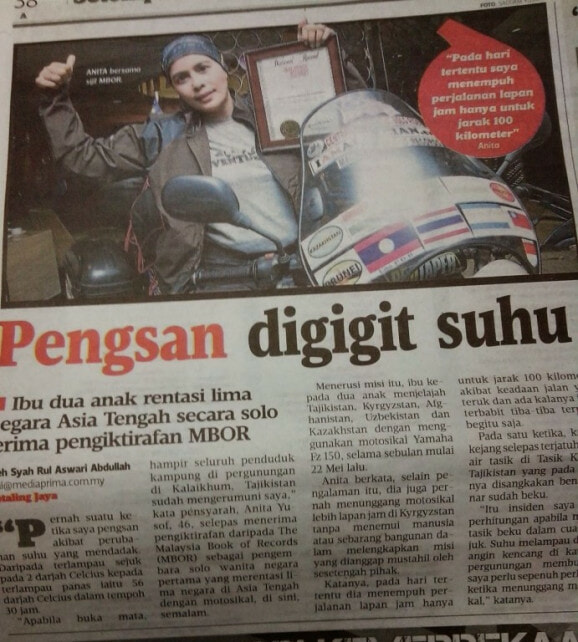 However, seems like more and more shade is being thrown by motorists and cyclists alike towards certain menteri besar’s who refused to help them hmmm…

Remember how Azizulhasni Awang bagged an Olympics bronze medal and threw major shade at Terrenganu Menteri Besar Ahmad Razif Abdul Rahman for not helping him out?

He’s not the only stepping up and speaking out. 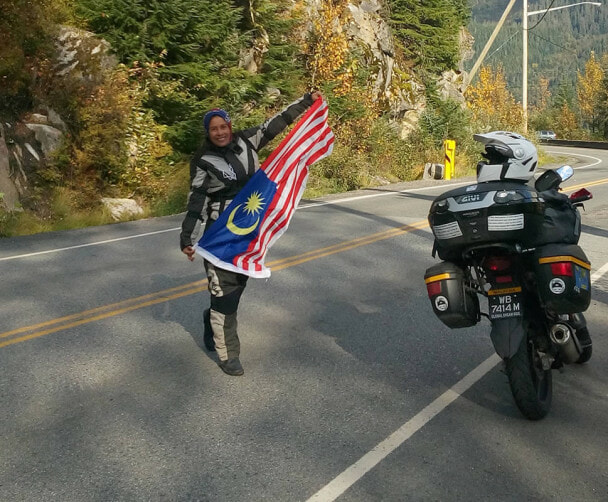 Anita Yusof, claiming to be the first Muslim woman to ride solo around the world on a motorcylc has lamented on how she too faced closed doors after approaching an anonymous menteri bersar.

The lecturer and mother-of-two from Ipoh took to Facebook to vent out her frustration at an anonymous menteri besar for giving her “false hope” and took a swipe at the Ministry of Education and Public Service Department (JPA). 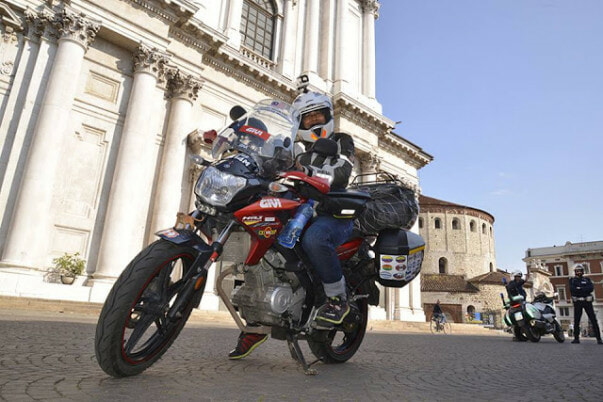 Her post was highlighted by veteran newsman Ahiruddin Atan on his blog, and since has gained viral traction.

“To MOE, thanks for granting me Cuti Tanpa Gaji to do this ride…”

“To JPA, thanks for being gender bias and not giving me the support that I needed most by saying that what I’m doing didnt contribute anything to the country…”

“To the MB of a state (which I rather not mention his name), thx for giving me false hopes by saying “yes” in front of me & few others but later buat bodoh and never reply to my letter even though I had followed up many many times…”

Meanwhile, Ahiruddin, who is an avid biker himself, regretted Anita’s unfortunate incident which has left him feeling a bit awkward.

“Because I was the one who linked her up with the MOE back then over her wish to be accorded a cuti bergaji (paid leave) status.

“And I also took her to meet the menteri besar (of a state she’d rather not mention) at a hotel in Kuala Lumpur. The MB had seemed genuinely interested in what Anita was setting out to accomplish …,” he said.