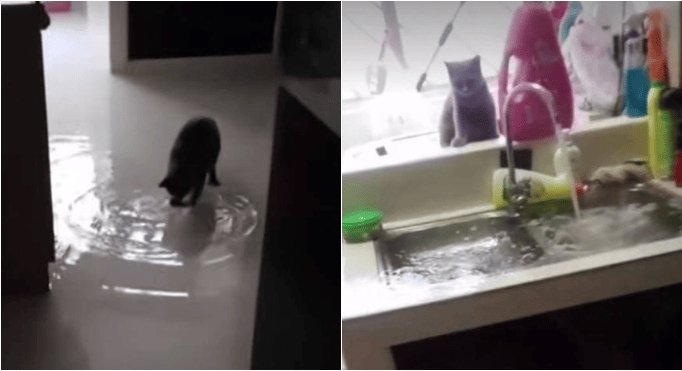 Having cats as your companion at home can be a challenge. Often they will resort to doing weird things that you don’t really understand and these things might put you in trouble sometimes. Well, for one cat owner in Singapore, he woke up to a flooded house not once, but twice!

So what has his cats got to do with any of it? Well, when Zul, the cat aficionado, woke up the first time to a flooded home, he was aware of the culprit that did it. Based on the TikTok video he shared, he only saw his Russian Blue cat happily playing in the water inside the flooded kitchen while his other cuties were keeping themselves dry.

However in part 2 of the same video, he woke up again to a flooded house but this time, a few of his cats were frolicking in the flooded kitchen and finally we see the culprit behind the incident near the sink. So apparently one of his cats decided to turn on the tap and let the water run.

We are unsure if the Russian Blue is a cat breed that really enjoys water but in this case, they really do. Hopefully, Zul figures out a way to deal with the issue. Maybe prepare a pool for them or something. But whatever it is, he looks like a guy who really loves his cats and will do whatever it takes to keep them happy. 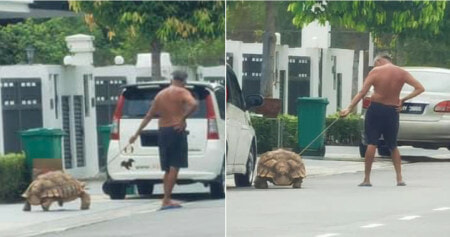