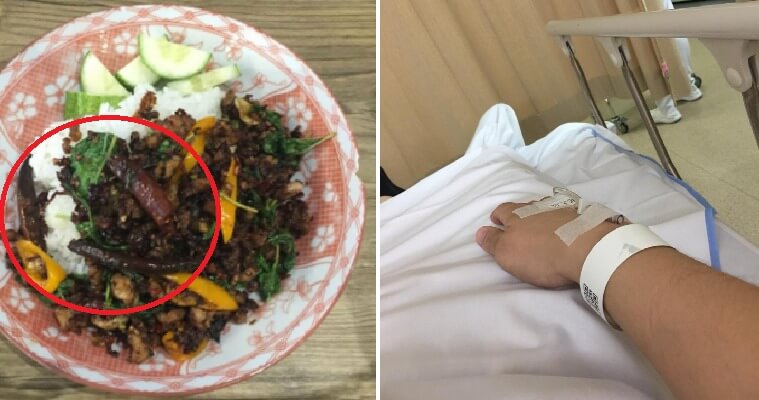 Malaysians love their spicy food and would probably think nothing of trying out spicy food challenges, but do be careful because overdoing it can potentially land you in the hospital. This guy in Thailand had to be rushed to the ICU after he overdosed on spicy chillies and could only recover after being treated for one hour inside the hospital. 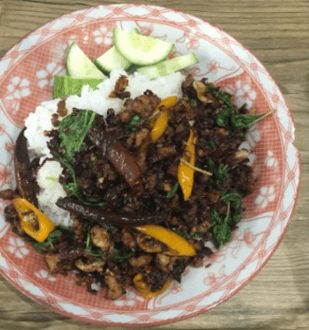 According to China Press, the incident happened in Thailand when a man tried out some super spicy chillies in his basil pork rice and suffered so much from it that he had to be rushed to the hospital. Apparently, he had requested for the world’s hottest chilli, the Carolina Reaper, to be added to his meal as he loves to try out new food.

Three Carolina Reapers were added to his basil pork and he swallowed them all at once. However, he came to regret this decision because soon after he swallowed the chillies, his body quickly reacted and his abdomen felt extremely hot and painful. 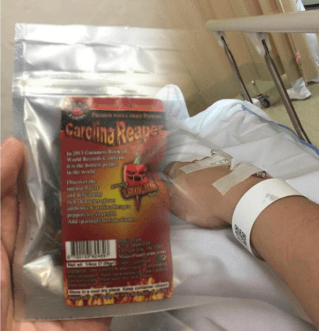 The pain was so terrible that the man was rushed to the nearest hospital for medical treatment. He kept retching all the way there and when he arrived, he was sweating profusely and was unable to walk. The nurses placed him on a stretcher and brought him to the ICU.

Although he kept retching, he could not vomit anything out, and the medical staff in the hospital could only administer some antacids while performing first aid on the man to soothe his burning tummy. He must have really regretted it! About one hour after the excruciating experience, the pain finally began to subside, and the doctors allowed him to be discharged. 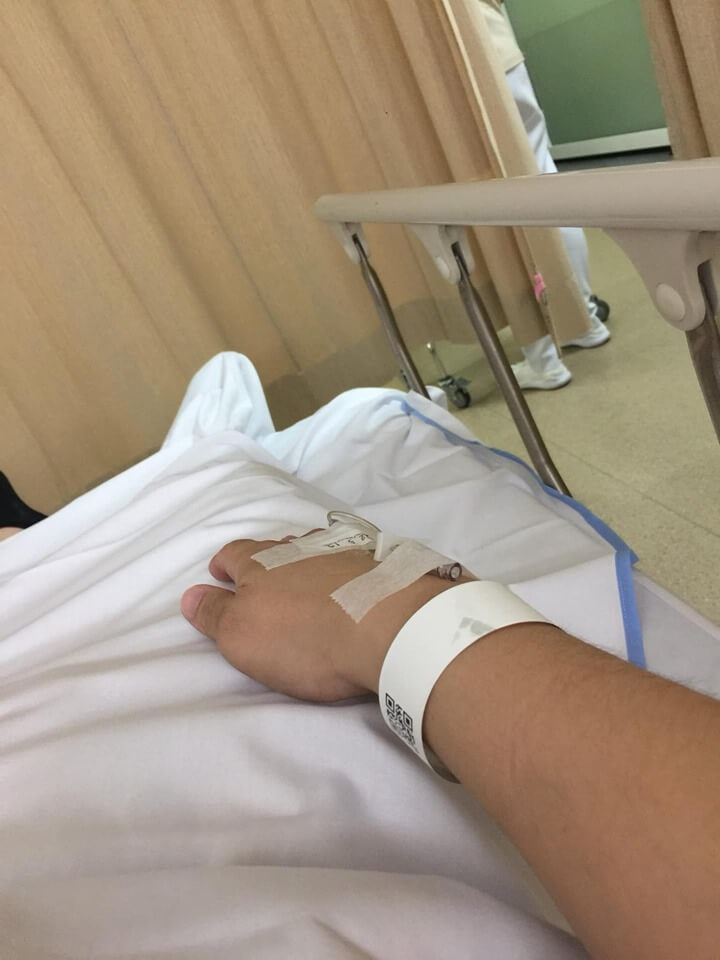 He had to pay 7,300 baht (RM959) for medication and the medical bills and told other people that if they wanted to try the chillies, they should take protective measures first. The restaurant said that they would also warn other diners about the chillies’ effect but if customers insisted on adding Carolina Reapers they would not stop them from doing so.

Make sure your body can handle it before you try out any food challenges okay? Stay safe! 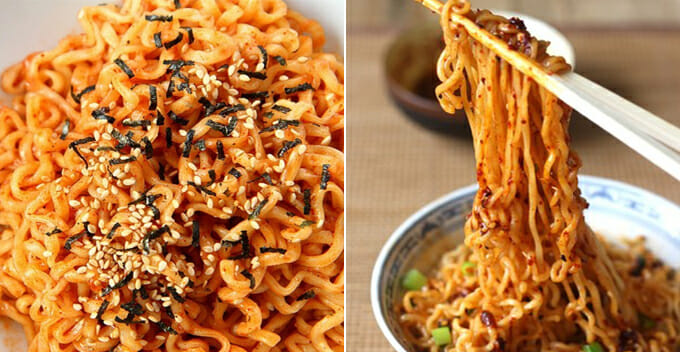