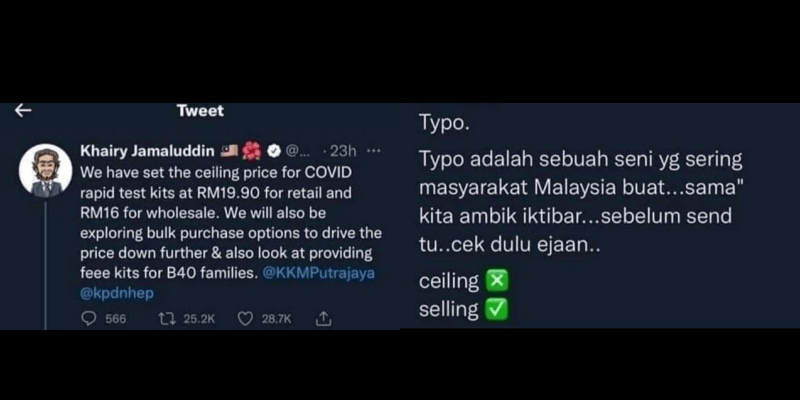 People who correct other people’s typos are jerks not because they are there to point out your flaws, but because they think there are doing you a favour for correcting you.

Taking to Facebook, netizen Amir Saiful called out an individual who called out Health Minister Khairy Jamaluddin on a typo he had on his Twitter status.

In Khairy Jamaluddin’s Tweet which talks about the latest ceiling price of Covid-19 Rapid Test Kits, Khairy used the term ‘ceiling price’ which drew a comment from this grammar nazi thinking that the word ‘ceiling’ should have been ‘selling’.

Calling out the individual, here is what Amir Saiful wrote.

“This person called out Khairy for his typo. Let’s focus instead on this person’s grammatical mistakes.”

“‘Sebuah seni” should have been ‘satu seni’.”

And the hits keep on coming.

“Ceiling and selling should not have happened if the commenter understood anything about economy.”

The Facebook post, which has garnered more than 102 shares, witnessed netizens sounding their agreement at Saiful’s slam of the individual.

Let’s hope that the commenter will think twice before pursuing a career as a grammar nazi. Why don’t we all try to be a little kinder towards each other from now on, shall we? 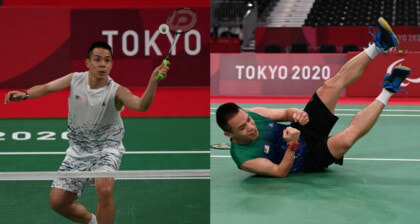