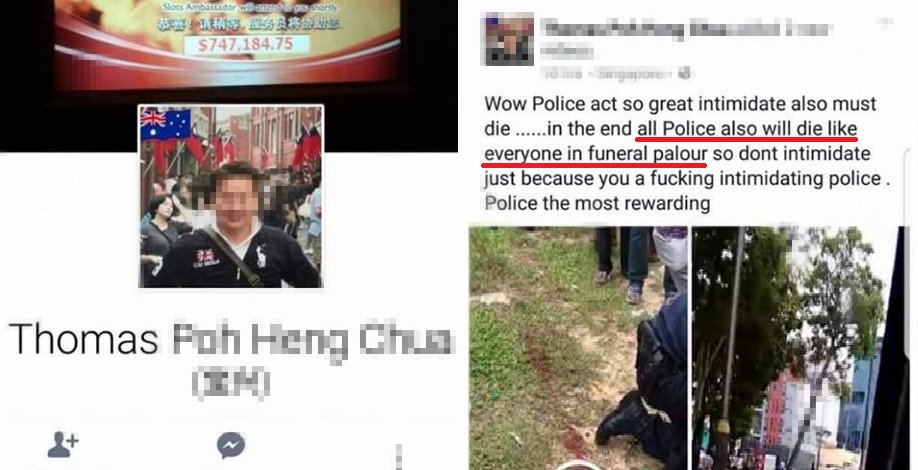 Over the weekend, one Singaporean netizen drew massive flak from netizens for sharing an insensitive post regarding a traffic police officer who tragically passed away in the line of duty. Seriously, who does that???

The 39-year-old man known as Thomas Chua, who was behind the insulting post, was thankfully arrested – but for something completely unrelated. He was arrested for shoplifting at a departmental store called Mustafa Centre, early on Sunday morning (5th June) at 5.37am according to The Star.

It was also reported that Thomas is still under investigation for three other police reports that were lodged against him since January, prior to this current arrest for alleged shoplifting.

This came shortly after tragic news of the 29-year-old officer’s death came to light. 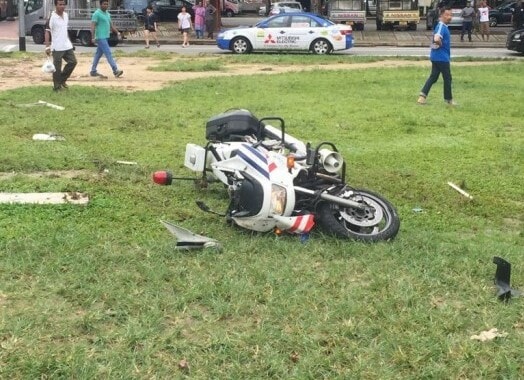 According to The New Paper, the traffic police officer was carrying out his duties when he was suddenly met with an accident last Thursday morning (1st June). 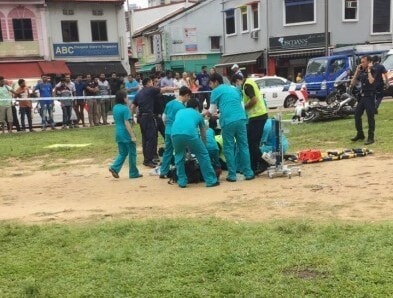 Sadly, Sergeant Nadzrie Bin Matin succumbed to his injuries and passed away shortly after the accident.

His funeral took place last Friday (2nd June) and saw over 100 people in attendance, including his colleagues from the Singapore Police Force.

After the tragic incident became known to the public, Thomas posted something that was in very poor taste. 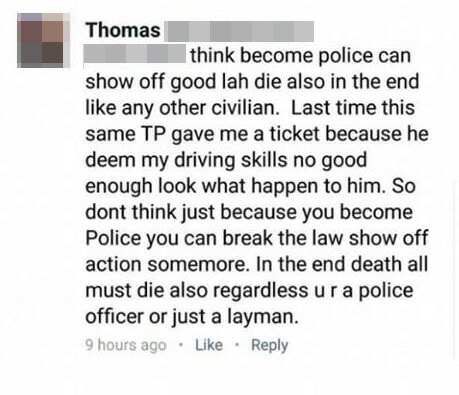 According to his now-deleted Facebook post, Thomas expressed that he could care less about the officer’s death, saying that this officer once gave him a ticket.

“Wow Police act so great intimidate also must die ……in the end all Police also will die like everyone in funeral parlour so don’t intimidate just because you a f**king intimidating police. Police the most rewarding.”

“In the end death all must die also regardless u r a police officer or just a layman.”

As if those insensitive words weren’t enough, he also posted two videos of a fallen Sergeant Nadzrie after he met with the accident that ultimately took his life, despite the police urging the public not to circulate videos of him out of respect for his family. However, screenshots of the post are still going around the Internet. The post even caught the attention of a Singaporean minister who called Thomas “sick in the head”, saying,

“Thomas’s comments are an insult to all police officers, and deeply offensive to Nadzrie’s family.”

“You wonder what human decency people like Thomas have… While there is a completely distraught wife, grieving parents and family, and teammates who are crying.” Well, now that Thomas has been arrested, let’s hope he thinks about what he did and feels some remorse over his actions. To insult someone over their death is just plain cold and inhumane! 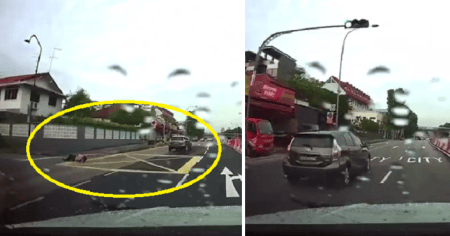