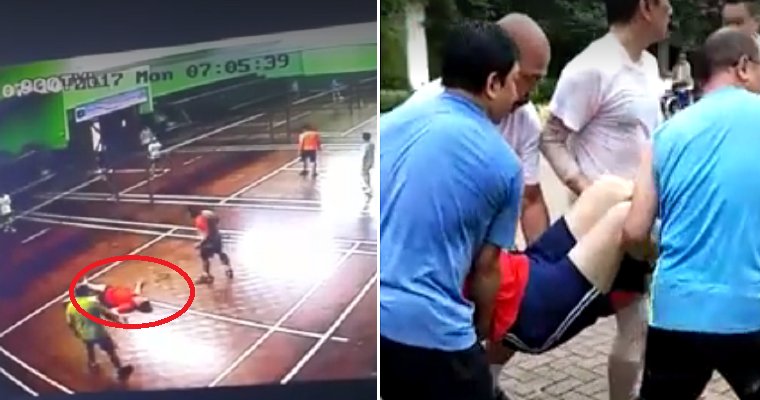 Getting some regular exercise is a good thing as it keeps our bodies healthy. However, if you are feeling unwell, then it is better not to exert yourself too much since it may do more bad than good.

Recently, a viral Facebook post showed a man in Jakarta, Indonesia collapsing right in the midst of playing badminton.

“His name is Herman and he is in his 40s. He has a weekly routine of playing badminton every Tuesday from 6.00am – 8.00am at Gelanggang Olahraga Sunter (GOR) but he collapsed and died when he was playing his second match.”

Apparently, Herman was not feeling well before the game started, but he persisted with the game anyway. He was playing fine during the first match, but tragedy struck during the second match. CCTV footage shows Herman collapsing as he was trying to serve. 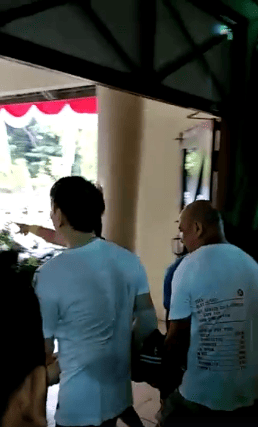 Shocked, his friends rushed over to him and tried to revive him but he was still lying motionless on the floor. Another video shows Herman being carried by his friends over to a waiting car and what looked like some emergency medical equipment as well.

Unfortunately, when he arrived at Mitra Kemayoran Hospital it was too late to do anything for him and he had already passed away. It appears that it had something to do with his heart, but details of his death are not confirmed. 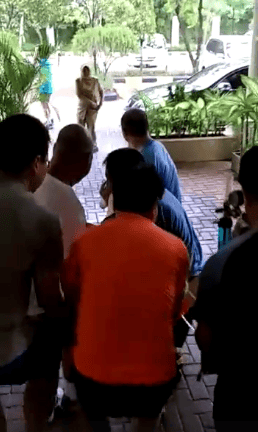 The netizen also concluded his post by reminding everyone to be careful when taking part in physically demanding sports. He said, “If you are feeling ill or exhausted, please don’t torture yourself and stop immediately to take a rest. If not, the consequences can be harmful.”

Remember not to overexert yourselves. Know your limits!

We extend our condolences to Herman’s friends and family during this tragic time.