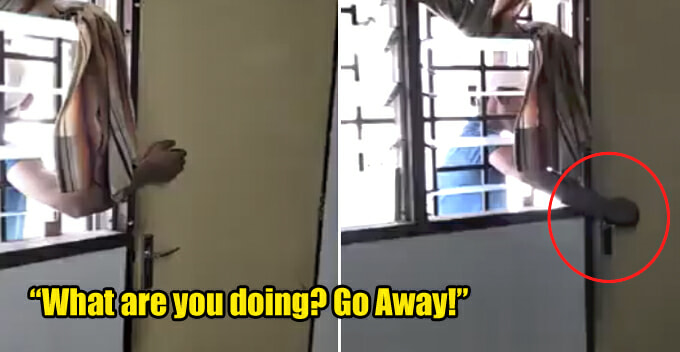 A man shockingly tried to break into a house even when he knew the occupants were home. This incident took place at a landed house in Wangsa Maju, Kuala Lumpur on 5 December. 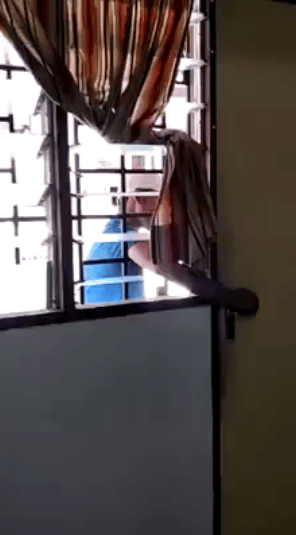 According to China Press, the female house owner was at home with another friend when the suspect who dressed like a delivery man tried to break in at 1.30pm. His modus operandi involved singing out loud to lower the victim’s guard and it did work briefly as the lady thought it was her neighbour who was singing.

Suddenly, she recalled that all her neighbours had already left for work and she quickly went to the living room to investigate. That’s when she saw the suspect’s arm trying to locate the door handle through the window.

The lady then quickly locked the door and called for the police. Here’s the video.

It was understood that the suspect was smiling all the way even when he was being questioned by the police. He also lied through his teeth saying that he was a mailman. He was subsequently taken away to the police station.

What’s more unsettling was that before leaving the scene, the suspect looked at the house owner and gave her a smirk. Worried that he may be back after being released, the footage was uploaded on Facebook to warn members of the public.

Hopefully, the culprit won’t be let off without any punishment. Install extra locks on your doors and stay vigilant guys! 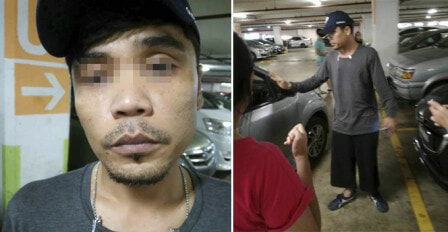