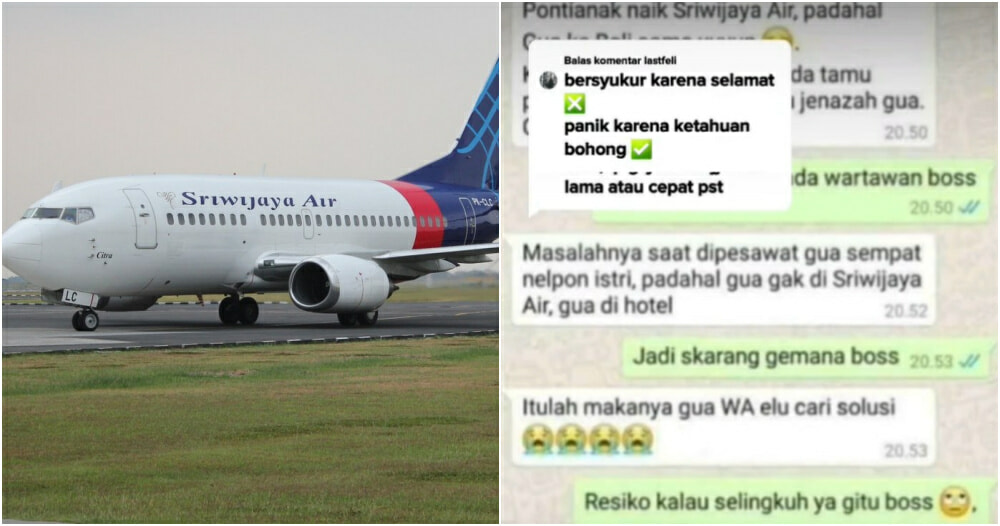 Indonesia is still mourning over the crash of Sriwijaya Air SJ 182 that occurred on 9 January. In the midst of such heartbreaking grief, families of the victims are trying their level best to find some sort of closure from the incident.

Knowing that the victims are never coming back, these family members have no other choice but to carry their chin up and be prepared to live each day with a heavy heart.

However, maybe one of these ‘victims’ could come back? Um, what do you mean?

According to Padang Kita, it has been reported by a TikTok user, @Thojenk, that one of the so-called ‘victims’ that goes by the name Big Boss, lied to his wife that he had boarded the plane from Jakarta to Pontianak as he had to go on a business trip.

Turns out, Big Boss went to Bali instead with his mistress for a quick getaway.

To make his lies seem as legit as possible, he told his wife that he will be boarding the Sriwijaya plane which is scheduled to depart at 14.00hrs.

His plan backfired when he learnt that the Sriwijaya plane had crashed.

The TikTok user revealed the entire scandal on his TikTok account.

“Seconds after the plane had crashed, turns out that there was a big boss who lied about boarding a plane to Pontianak, claiming to be on a business trip,” the user shared in a TikTok video.

“But it turns out that he was actually in Bali celebrating his anniversary with his mistress” he continued to explain in the video.

“Now he is worried about going home because at home now has chairs and a tent prepared for guests to attend his funeral,” he wrote.

This story ended up going viral not only because it circulated around the TikTok application but also was shared on Instagram by a famous gynaecologist and sexologist doctor in Indonesia, Dr. H. Boyke Dian Nugraha.

Many netizens found the whole thing hilarious while some were outraged. However, many are still wondering if all this could just be one big joke…

What do you guys think? Let us know in the comment section below. 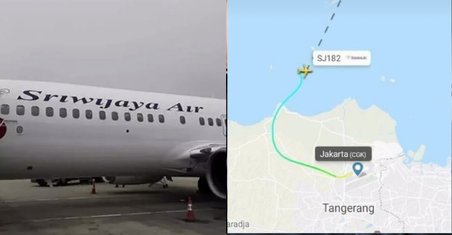