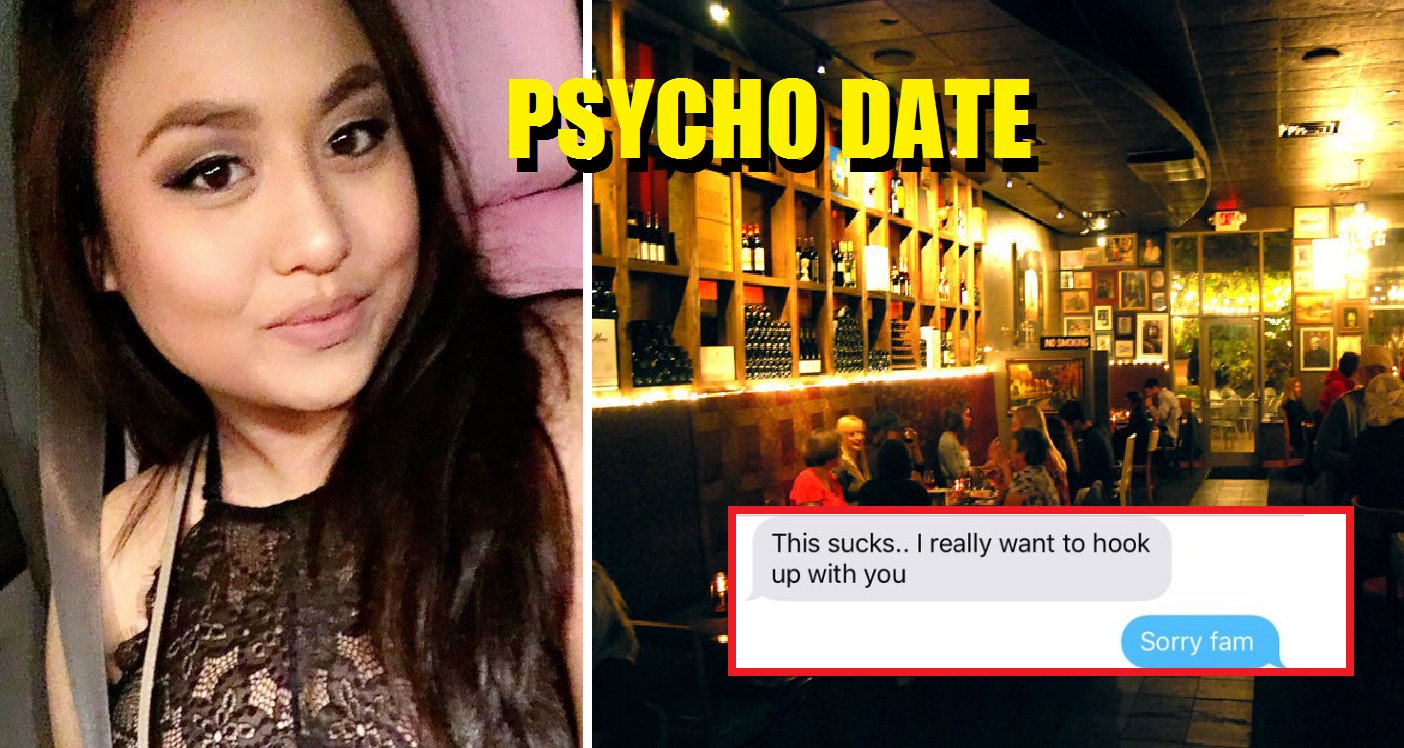 Tinder’s never an app short of a few crazy stories to tell. The dating app has had a few interesting yet somewhat insane experiences such as one where a man demanded back a $4 coffee money after his date didn’t think that they clicked.

This time round, a girl posted screenshots of the conversation between her and her tinder date because he was going all haywire on her.

Arielle Musa swiped right to a guy named Endri on Tinder. The two had a pretty decent conversation and so they decided to meet for a date at a bar at Rutgers University, in New Jersey.

She told Metro, “He seemed normal and trying to be respectful. Trying to compliment me, had normal conversation about ourselves.”

The date went on but Arielle didn’t end up feeling romantic towards Endri. “I felt creeped out by him and his personality and the way he looked at me,” says Arielle.

After the date night was over, she made it clear to Endri that she was not feeling it. She said she was just going to head home because she didn’t felt like hooking up with him. However, Endri didn’t feel the same way. Maybe it’s a shot to his self-esteem or whatever, but he took it wayyyy to personally.

After they went separate ways, Endri texted her and well, luckily she made the right call because he turned out to be a psycho.

She was pretty calm at the situation but the guy is just raging for not having his ‘manly needs’ taken care of. He even asks for his money back from her. Like whattttt???

Yikes Endri. You reaaallllyyy that desperate to get some huh?

Also read: I Went Out With A Korean Guy But What Happened Next Will Shock You