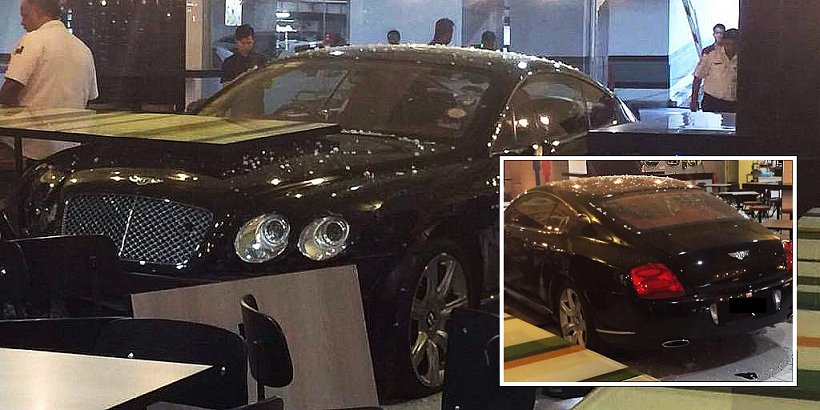 Well that’s one way to make an explosive entrance!

Recently, a 51-year old man accidentally ploughed his car through a Food Court in Menara Millenium, leaving behind a pretty hefty destruction. 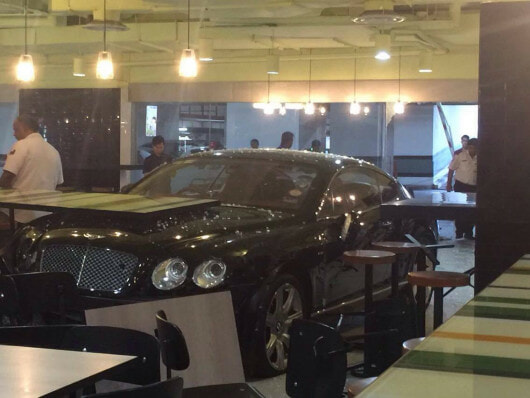 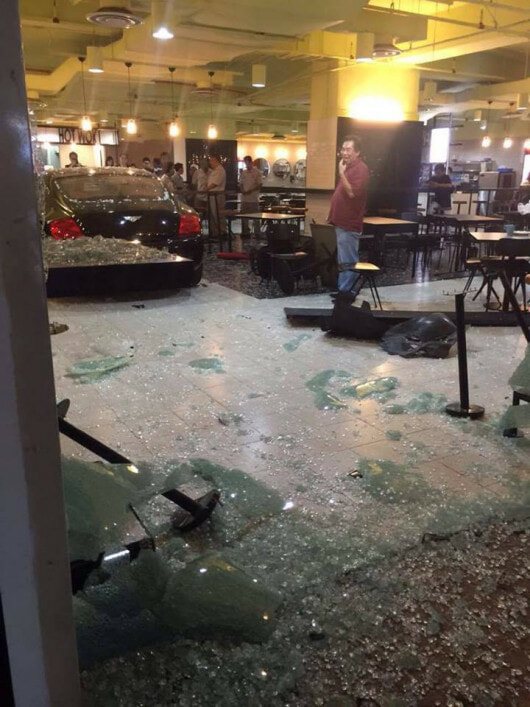 The man who was said to be a lawyer was about to exit the parking lot when he dropped his access card onto the car’s floor mat.

Instead of stopping his car at the side, the man reached down to grab his card when he accidentally floored the accelerator, propelling the car forward.

The car had rammed three guardrails before crashing into the building’s food court area. 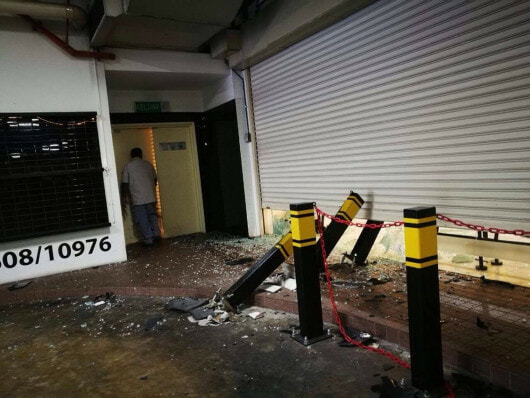 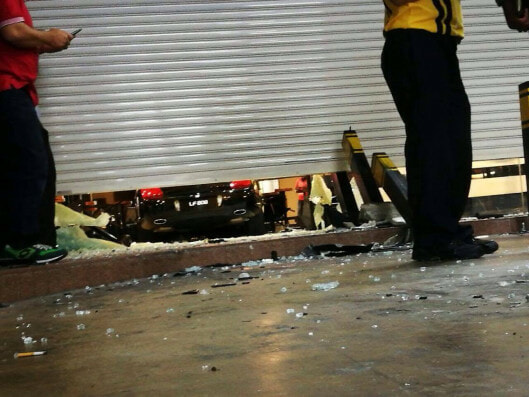 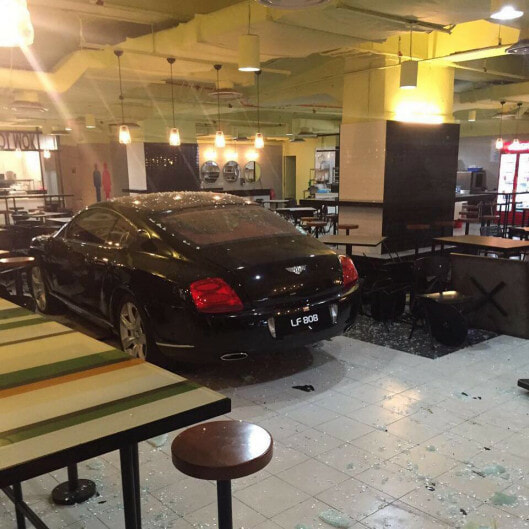 The images depicted how much destruction one simple mistake had caused. Shattered glass can be seen sprawled across the tile floors, table and chairs broken, guardrails damaged, and so did his dignity.

The man did not sustain any injuries and thankfully the food hall was empty at the time of incident.

Authorities have recorded his statement and acquired the CCTV footage for further investigation. If only we could all watch his epic entrance.