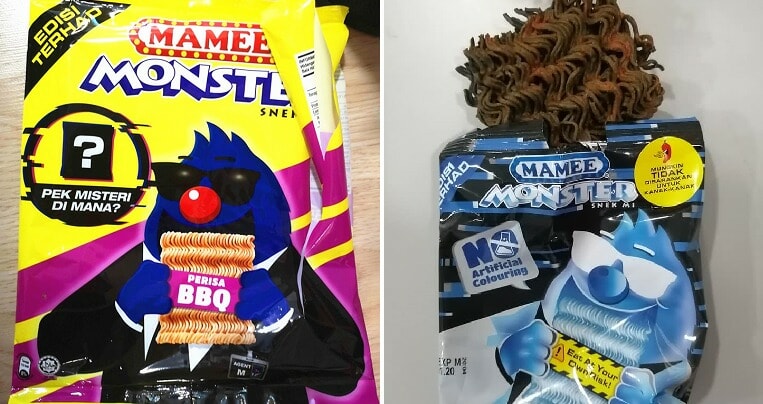 Remember when Mamee debuted spicy ghost pepper cup noodles that went viral due to the crazy level of spiciness? Well, it looks like that this popular noodle brand is back at it again with another spicy challenge for Malaysians! This time, it’s their noodle snack that got the fiery treatment instead. 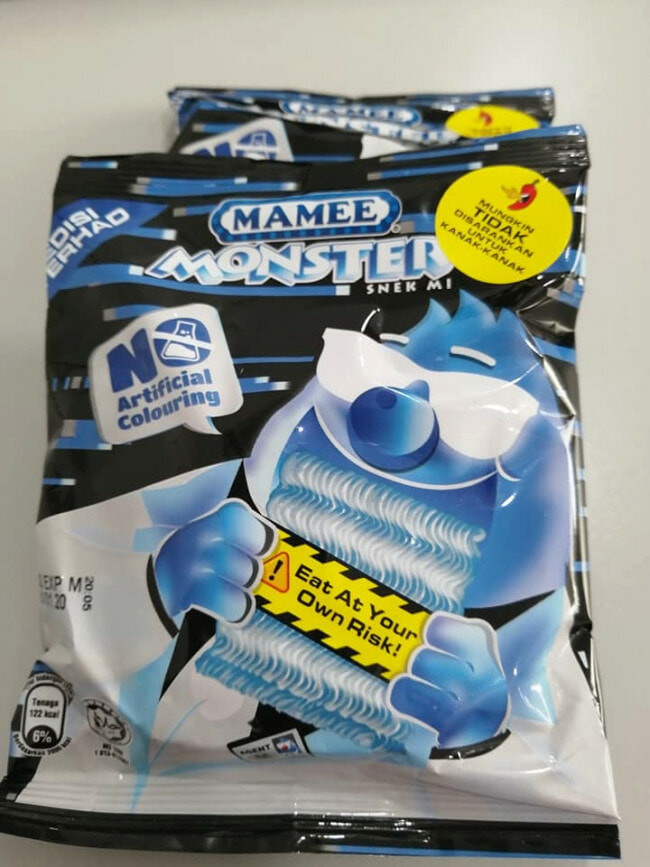 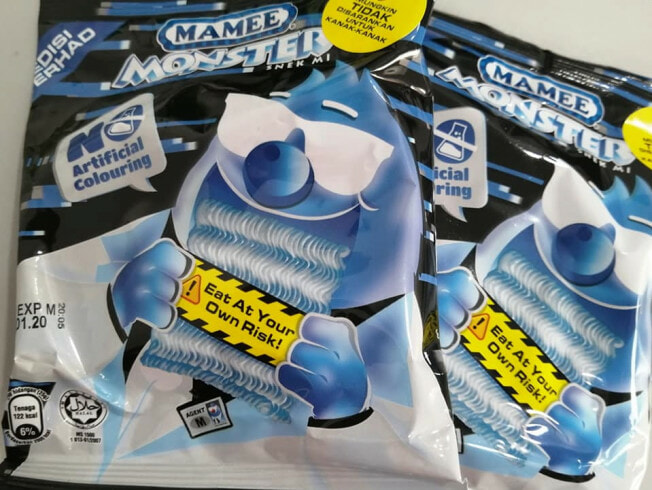 According to Noodou, a Malaysian netizen recently made this discovery when he bought a jumbo pack of the Mamee noodle snacks. However, the one he bought was a little different from the usual yellow ones that you see everywhere. Instead, it was a strange blue and black packet that comes with the warning, “Eat at your own risk,” plus a round sticker saying, “Not recommended for children.” 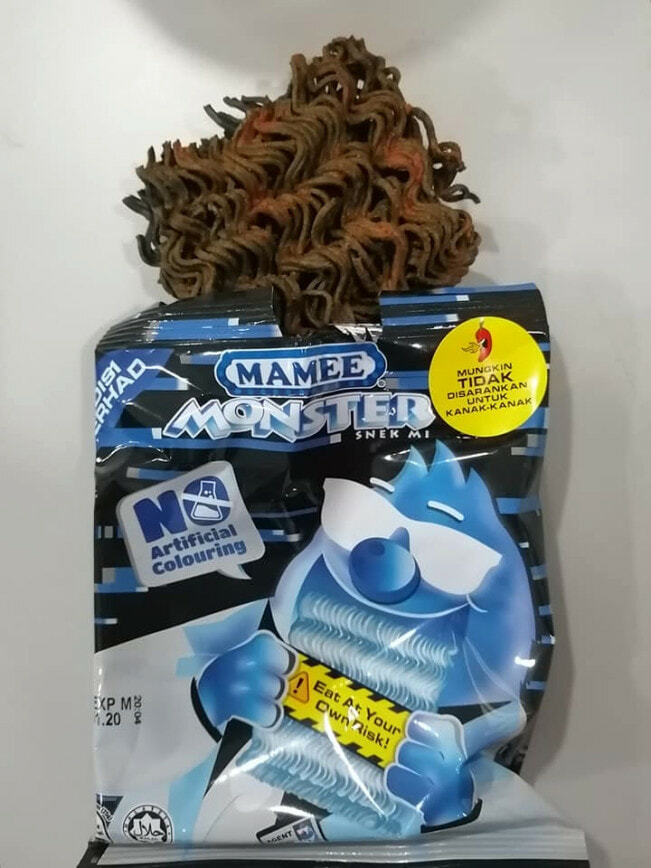 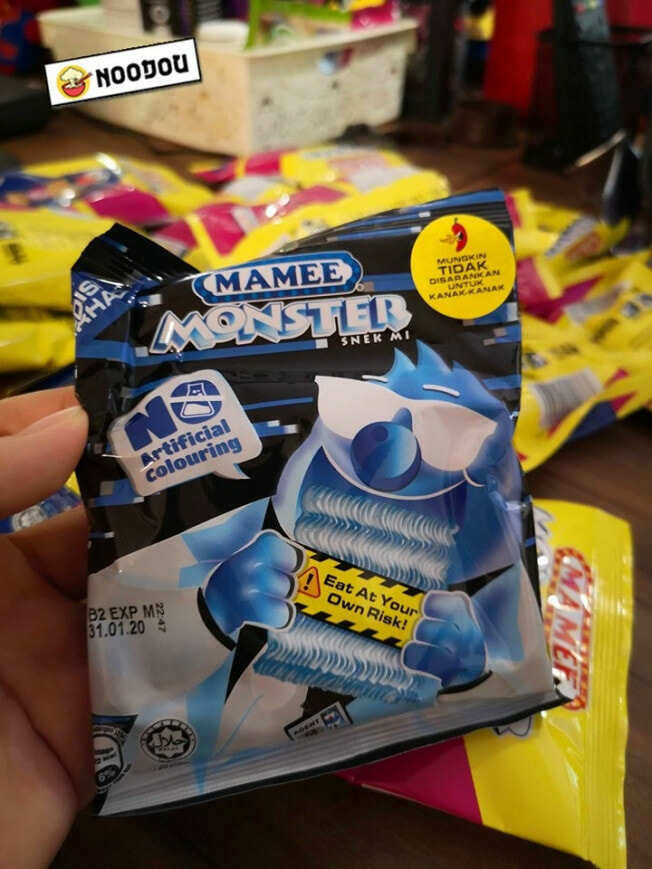 Upon opening the packet, the noodle snack itself is different, and comes in a rather dark brown colourwith a sprinkling of red powder on top. We actually went out to try and find this mysterious snack and finally, we managed to get hold of a pack. First of all, if you want to get your hands on this, then you need to look for the special edition jumbo pack that has the Mamee Monster in shades. 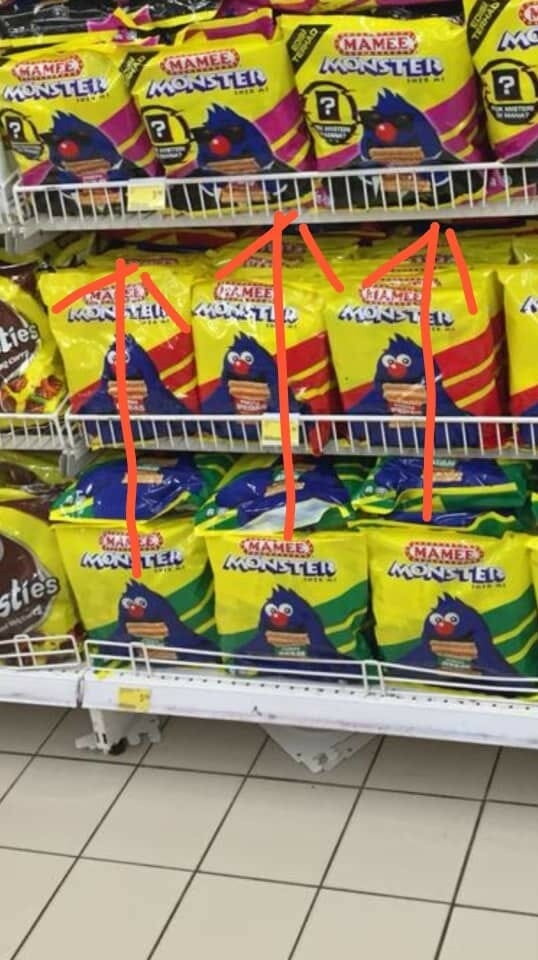 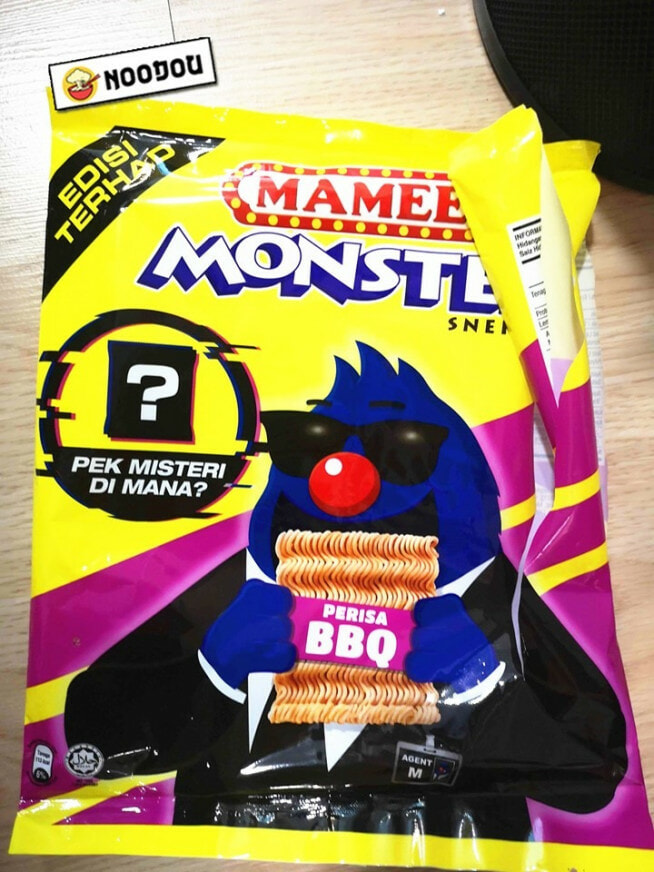 So, what does it taste like? The team at WORLD OF BUZZ tried it out, and we can confirm it’s seriously spicy especially if you eat the whole pack alone! Can make your mouth go numb wei! Do note that not all special edition jumbo packs have the spicy snack inside so it depends on your luck. Currently, it is only available in certain AEON Big outlets in Malaysia and it’s unclear when this promotion will end.

Have you seen this around and are you going to try this? Let us know in the comments section! 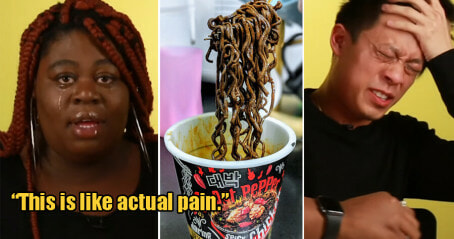