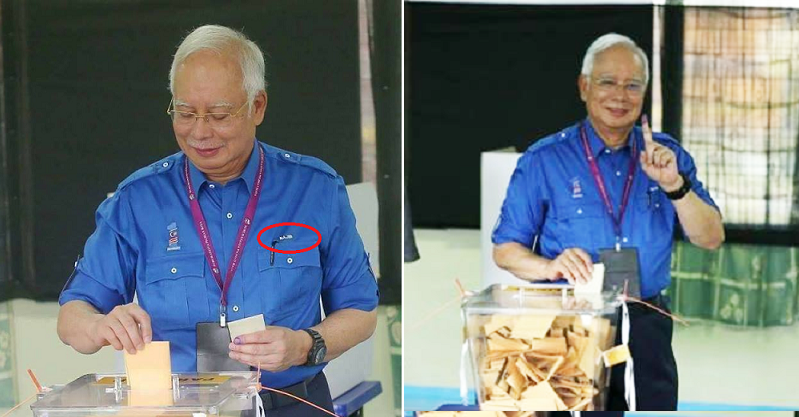 Emotions and those patriotic feels are running high as today, Malaysians cast their votes to determine the country’s future in what is considered to be one of the most crucial general elections of all time!

However, a recent post on social media created a pretty huge buzz among netizens.

See if you can spot what’s wrong in this picture! 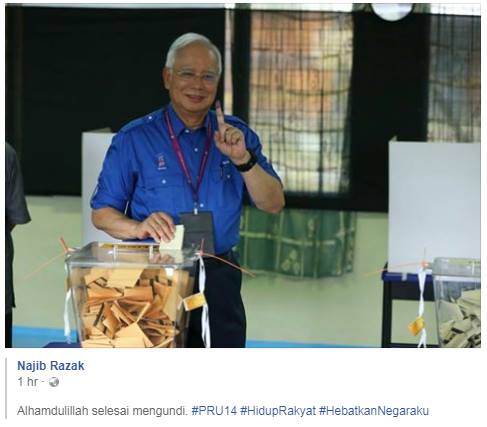 Well… If you’re unfamiliar with the rules while voting…

1. Individuals are actually not allowed to wear clothes that bear the name of a candidate or emblem of any political party 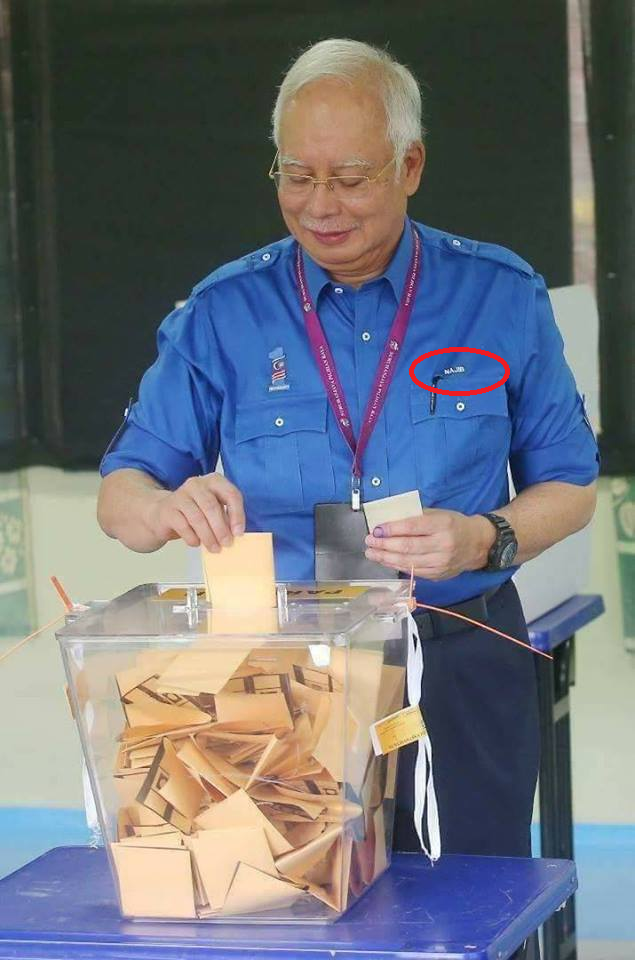 Maybe it has slipped his mind, but when it came down to it, the image showed PM Najib wearing a 1Malaysia shirt bearing his own name. Since he himself is running as candidate for Pekan… Memang it’s not allowed lah!

Here’s an extraction from the Election Offences Act 1954 which will make it sound more legit:

Section 26(1)  states that: No person shall on polling day—

“within a distance of fifty metres from the limits of any polling station and in a polling station wear, hold or carry any form or type of clothing, head covering, ornament, rosette, water bottle or umbrella on which the name of a candidate or the name, emblem or symbol of any political party is printed or imprinted.”

2. Individuals are not allowed to use their handphones while voting

And yes, this includes taking pictures as well.

3. (Almost) casting a vote into the wrong ballot box 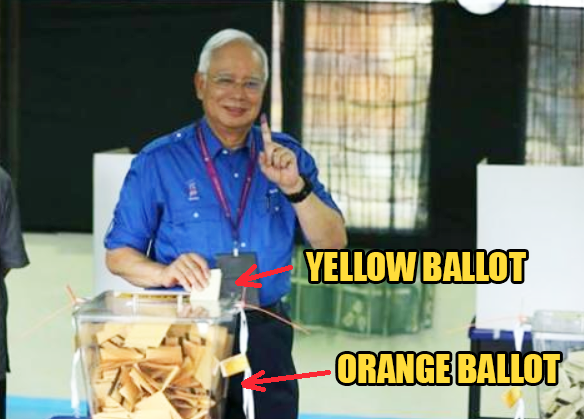 It irked Malaysians that he not only took photos while he’s casting his votes, but also posed wrongly during a crucial time like this. The photo showed PM Najib casting a state vote into the wrong ballot box.

Even if it’s just a pose, many pointed out that it is not a very good photo to showcase to citizens. And that’s likely why the post was later taken down from his official Facebook site!

Malaysians who spotted the image were furious and pointed out the blatant double standard displayed.

“Rule are rules, and yet he can break them as he pleases? Is no one doing anything about this??” one netizen wrote.

Let’s see if our dear PM has something to say about this blunder! 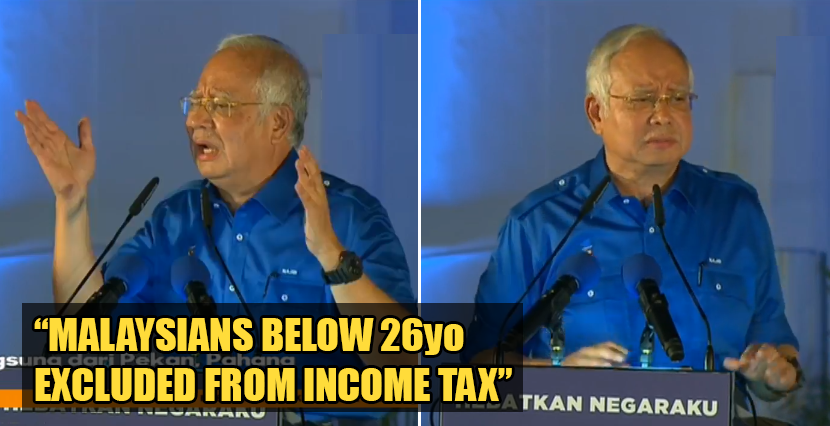