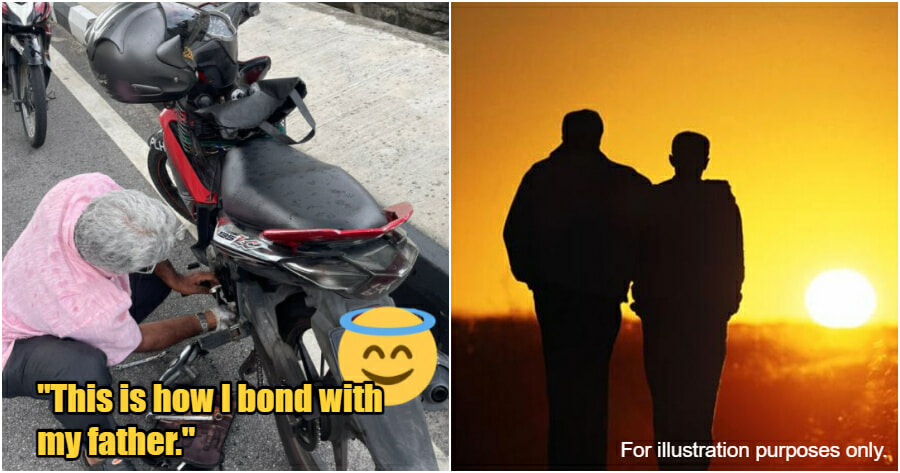 Nothing is more valuable than bonding time with the family, especially with our parents who age as we grow up.

Recently, a Twitter user, Omar shared a heartwarming experience where his dad immediately came to the rescue when his motorcycle malfunctioned. 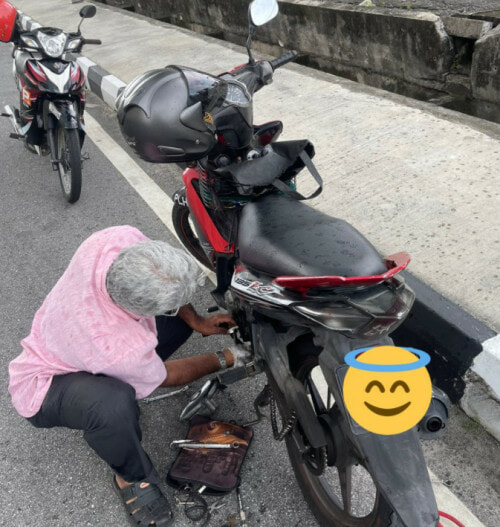 Omar stated that he also loves his father for being a very skilful person. Other than fixing motorcycles, his father can also cook, sew and fix cars. For that, Omar is thankful to his dad for passing on the skills and the knowledge to him.

In the next tweet, he also shared how his dad has always been his daily reminder for lots of things, such as renewing the road tax.  This touches Omar and he has always felt indebted to his dad.

As an adult Omar should not rely on his dad

However, his tweet has gained mixed reactions from the netizens alike. A netizen thinks that a capable bachelor would usually handle everything on his own, and not wait for his dad to come to the rescue.

Omar merely wants to bond with his dad

And to that, Omar had something to say.

“I can handle everything, but this is how I bond with my dad.”

He replied by saying that he calls his dad regularly to get a second opinion on certain things, or simply to update him about his routine.

He said that he is very close to his dad, hence the time spent together. As his dad has retired, he enjoys every moment of their outings.

At the time of writing, his tweet has gained more than 22,000 likes and more than 5,500 retweets.  Netizens have also shared their takes on this, mostly on how they agree and understand what Omar is trying to convey.

“I think dad would be disheartened and sad if we did not seek his help when we have problems. My dad even gave me RM50 for petrol money recently.”

“I still call my dad when my car breaks down although I’m married. I do this so that they feel needed and not lonely.”

“As their child, sometimes we don’t even ask for help out of embarrassment, but they themselves offer to help. I think it’s a blessing.”

We may get more occupied with our careers and responsibilities as we grow up, but it is never an excuse to stop bonding with the family, especially our parents who have always been there for us.

Do you still spend as much time as you can with the family? Let us know in the comments below!

Also read: Photos of 68yo Kelantan Man Visiting KL for The First Time In His Life Warms The Hearts of M’sians 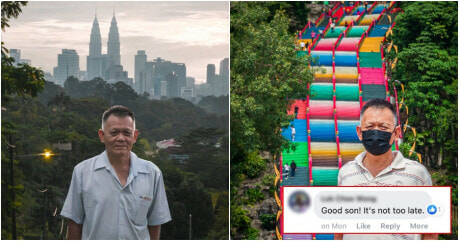