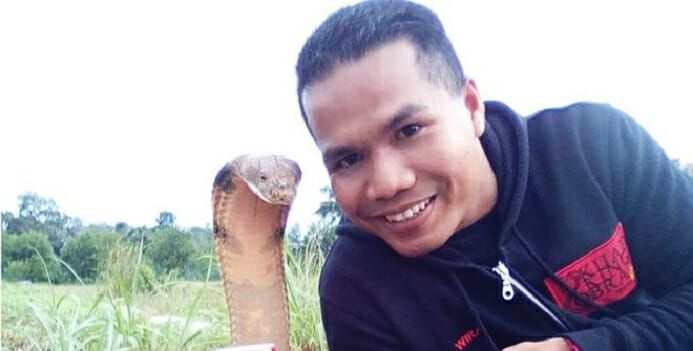 Malaysian firefighter Abu Zarin Hussin had false stories about him spread through international portals after a man from Thailand allegedly created the fake news first.

Worranan Sarasalin from Kanchanaburi, Thailand had sent several pictures of Abu and his pet snake to major online news portal Mirror. Along with those pictures, Worranan had added a ridiculously false story as well. 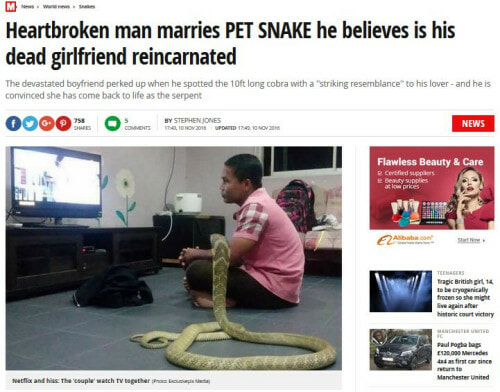 The liar Worranan had accused Abu of having married his 10-feet-long Cobra because Abu thought it was the reincarnation of his ex-girlfriend.

The story concocted by Worranan goes,

“This man believes that his girlfriend was reborn again as this white cobra after she passed away few years ago. He saw the snake and noticed a striking resemblance to the woman he once loved.”

”He is very happy to spend time, talk and play with this snake. He looks after this snake very well because he believes that the snake was his girlfriend.” 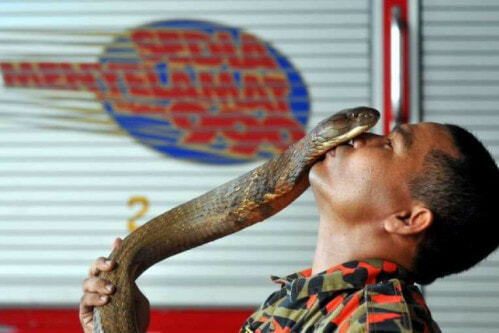 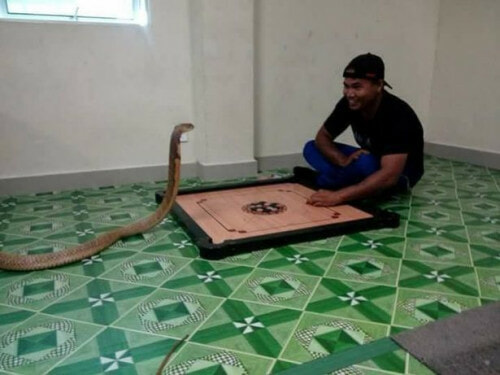 “He never stays away from the snake . He takes it everywhere he goes or even while he’s sleeping.”

Wow! What an accusation when Worranan actually don’t even know the identity of the man with his pet snake.

After this wild story went viral, other international online news portals also republished it such as Daily Mail. They all actually believed that Abu was a Thai national just like Worranan.

They labelled Abu as a Thai man who believes in the Buddhist’s reincarnation. 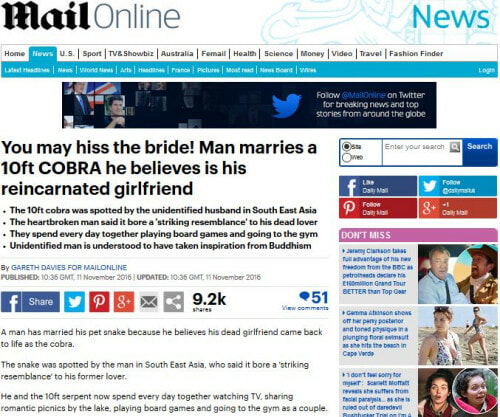 So, you can imagine the shock 31-year-old Abu felt when he heard of the absurd story. He told mStar that he obviously did not marry the snake and neither does he think that the snake is his dead girlfriend.

“Those pictures are my pictures. They used my picture and made up a story stating I married the snake.”

“I feel disappointed towards the attitude of some international journalists that are obviously unethical in writing news, especially since those photos were stolen from my Facebook. 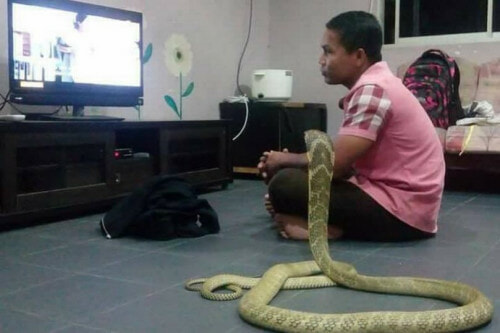 The firefighter told mStar that his cobra is part of his job in this field. Although he used to be afraid of snakes, but after spending time studying one and becoming close, he was no longer afraid.

“When these snakes are with me, I get to observe their actions. Catching snakes are part of my job as a fireman.”

“I am training with the team on how to handle snakes so that after we’ve caught them, we can release them back to their natural habitats.” 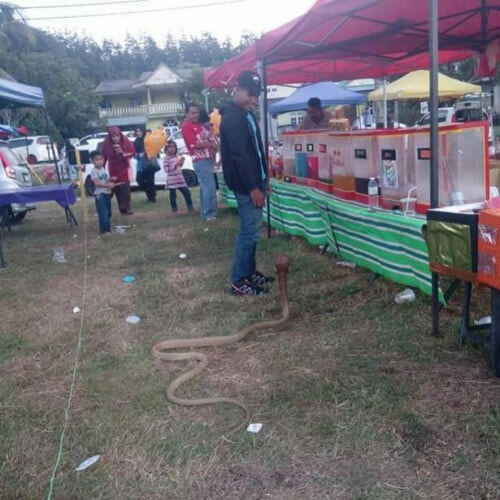 “Snakes are actually not hard to handle. There are many false accusations about snakes out there. Kononnya they are fierce animals that attack humans.”

Abu shares his disappointment how people would just spread lies about someone they don’t even know, and that it is unethical to report false news. 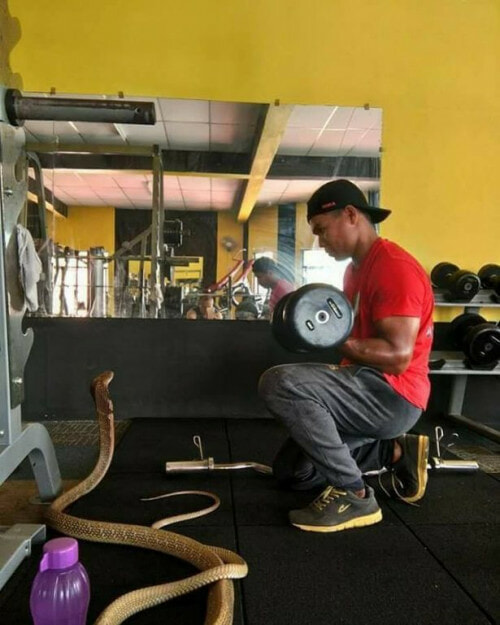 It’s clear that these two share a special bond. World of Buzz wishes both Abu and his pet snake a long lasting and happy friendship!