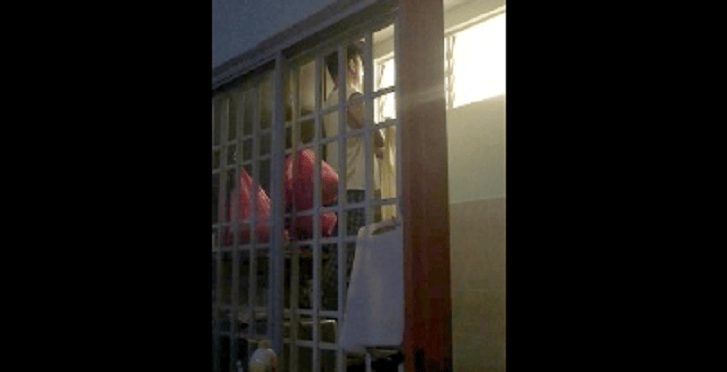 A 27-year old woman had a traumatizing ordeal after she discovered her housemate peeping on her in the showers.

The lady, who would only be liked to be known as Ooi, has been a renting a room in a double-story in Puchong for about three years already.

She has been living with her three housemates and everything was rather normal for the most part. Then, in January this year, one of Ooi’s housemates moved out and a guy moved in.

Ooi did not think much of the man, who is in his 30s, as they rarely bumped into each other. He rented the master bedroom and her room was downstairs.

Then, a few weeks ago, Ooi began to note hearing footsteps outside her bathroom when she showered in the early mornings. One of the days, she noticed something.

“At first, I thought it was one of my other female housemates. However, on the morning of October 11, as I was showering, I happened to look up and saw a person’s forehead at the bathroom window pane.” 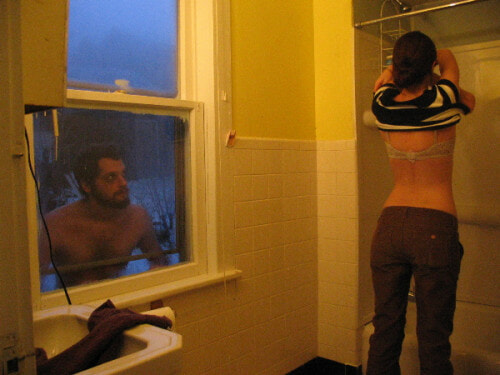 She was in shock and immediately retreated to her room where she frantically called her boyfriend, 31 year old Calvin Chong, who is a business manager.

One can only imagine trying to console their girlfriend who’s just been through that. Personally I say it’s time to kasi hentam that bugger!

After some planning, they decided to lay a trap for him.

“We carried out the plan the next day. My girlfriend entered the bathroom fully-clothed and pretended to prepare to take a shower while I hid.”

“It was not long before I saw him (the male housemate). He had crept up by the bathroom window and stood on something to get a better view.”

“I video-ed the whole thing on my mobile phone,” 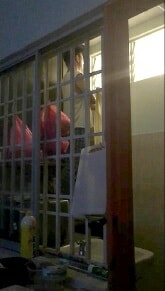 To my slight disappointment, no drama occurred.

The couple used the video recording as evidence when they lodged a police report at the Bandar Kinrara police station last week. Honestly that’s probably the best thing to do.

But what was surprising is that the police officers allegedly said that was not enough for an arrest.

“I was shocked. This was because the 0.52 minute-long video clearly showed him (the male housemate) peeping at my girlfriend.” 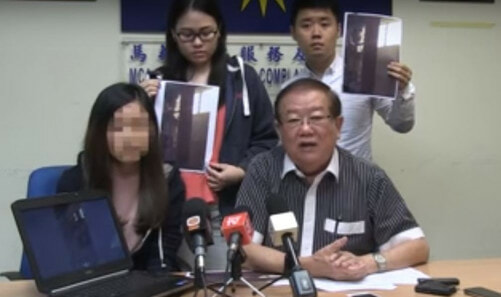 Calvin claimed that his girlfriend was left traumatised from the incident and now fears if the peeping tom had taken pictures or videos of her in her birthday suit.

With no action taken from the police, Ooi has moved out of her rented place but the couple believe that the man is still living in the same house.