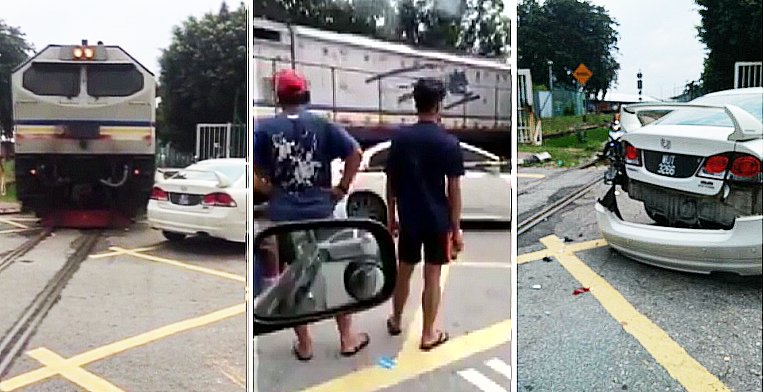 We’ve been told to always be considerate when driving, and that saying especially applied to drivers who’d park at the darnest places… just like this driver! 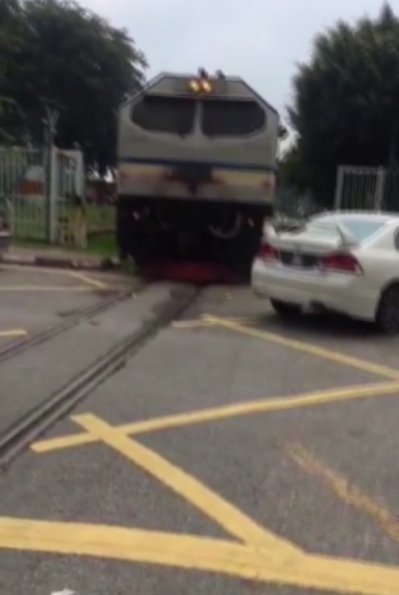 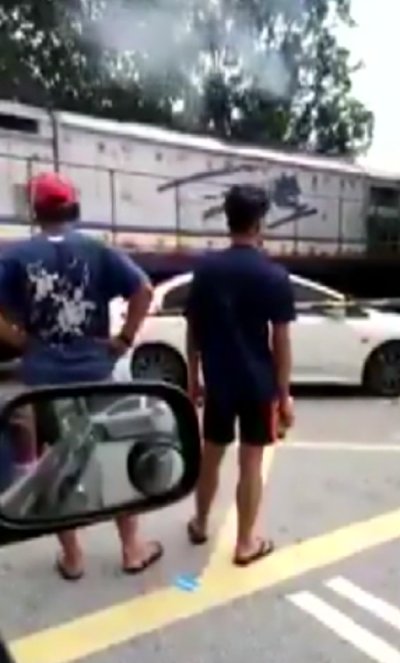 A video recently surfaced on Facebook and instantly garnered over 6,000 shares in less than a day.

The video shows a white Honda Civic illegally parked beside the train tracks in Port Klang, Selangor. Worse, it was parked inside a yellow box!

An oncoming train inevitably rams the side of the car for being in its path, causing its whole bumper to fall off. The sight definitely gained a lot of attention from passersby as onlookers came closer to the tracks to witness the incident. In other words, be busybodies lah.

Netizens who watched the video criticised the driver for his/her inconsiderate action that could’ve potentially led to a worse fate – such as endangering the people’s lives on the train. 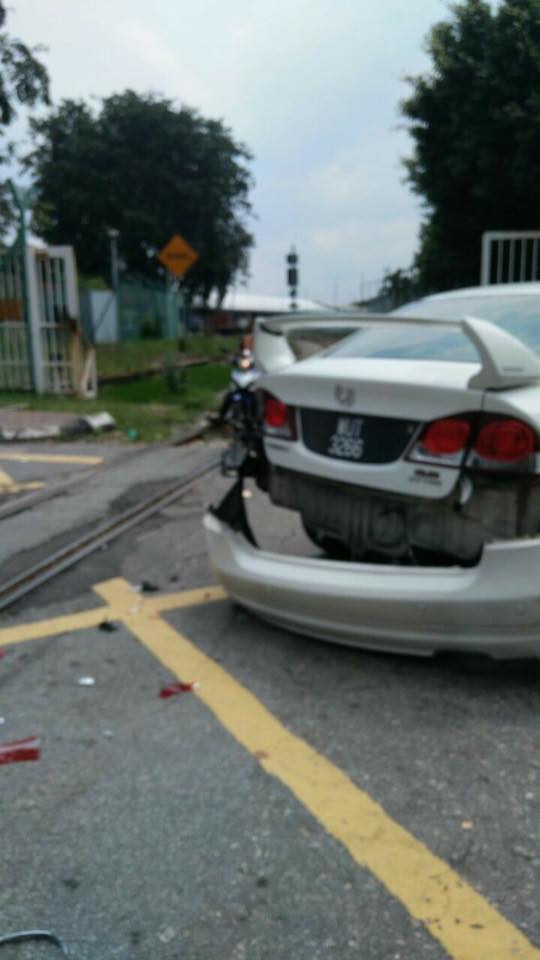 Many others exclaimed that the driver deserved the consequence for pulling off such an irresponsible and foolish move.

“Luckily the train was moving slow. If it was fast… good bye car!” a netizen commented.

“Much respect to the train operator for slowing down the train. Must’ve felt kesian for that white Civic driver.” another one wrote.

“This person also bongok for parking in a yellow box. Let the owner have his own share of nightmare so he’ll know never to park like that again.” a user criticised.