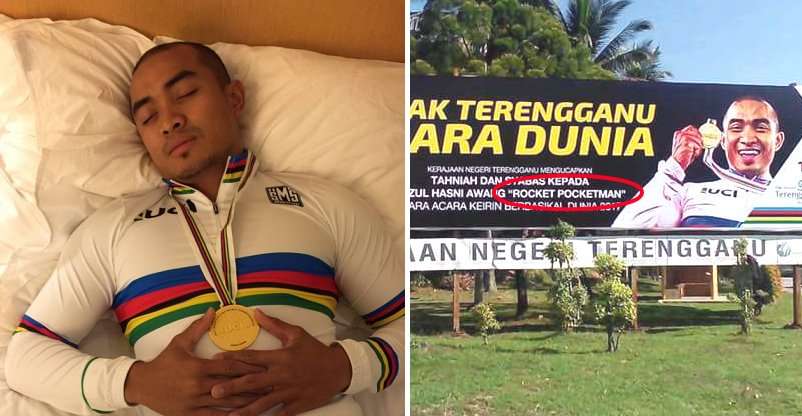 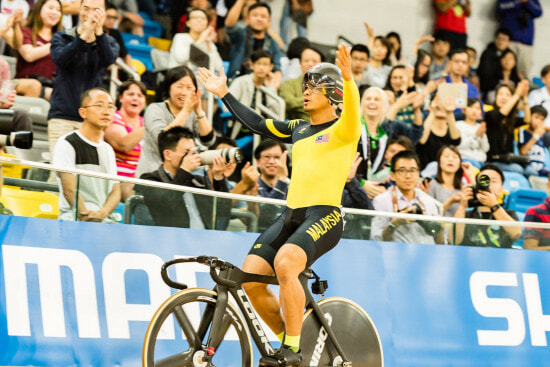 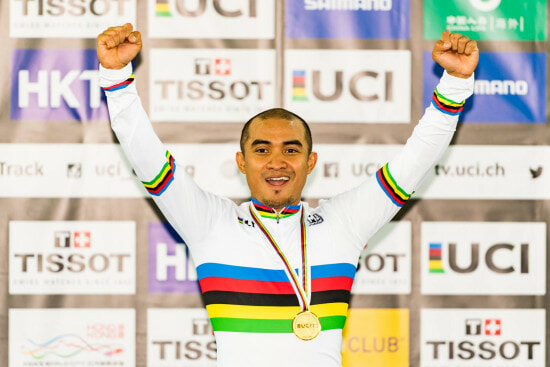 The champ who is now eyeing for the Olympic gold medal in Tokyo in 2020 even went to sleep with his gold medal and rainbow jersey! FYI, the rainbow jersey is only given to winners okay, not everyone has the chance to wear it. 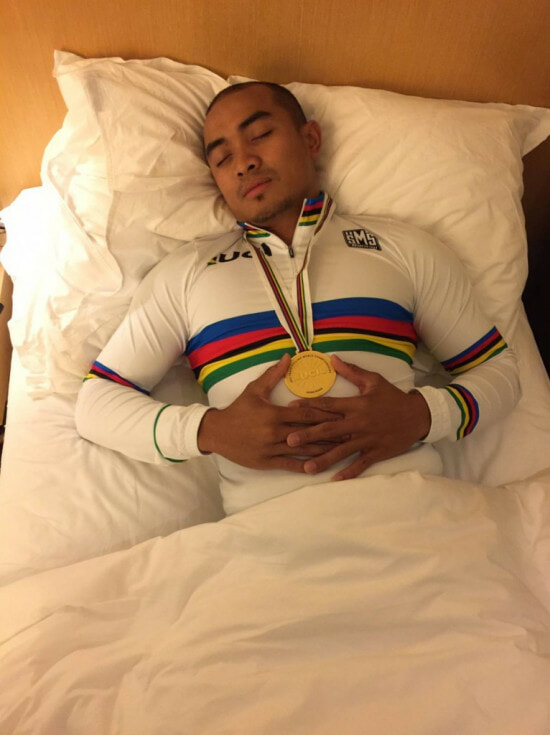 Following his success in the international arena, a huge billboard was erected by the Terengganu State Government to congratulate Azizul. The billboard was done swiftly considering last year, Terengganu Chief Minister Ahmad Razif came under fire for ignoring Azizul’s request for a new road bike for Rio Olympics preparation.

It was a sweet gesture from the government but there’s a massive error on the billboard. 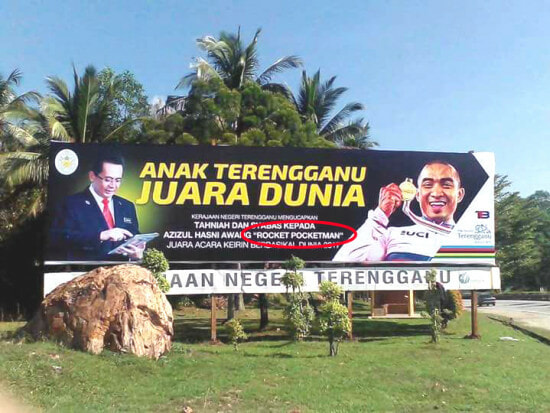 Azizulhasni Awang has been dubbed as the ‘pocket rocketman’ because despite his small body size, Azizul still packs a punch which enables him to outdo his competitors, who are the giant orang putih.

So on the billboard, instead of ‘pocket rocketman’, it was written ‘rocket pocketman’.

This embarrassing mistake quickly went viral on social media with netizens pouring in their 2 cents.

“Pocketman means that he has been ‘sapu-ing’ money into his own pocket,” a netizen said.

“Is there a need to put the chief minister’s face there? Is he looking for publicity?” another netizen commented.

To the person who handled the billboard, you had ONE job! 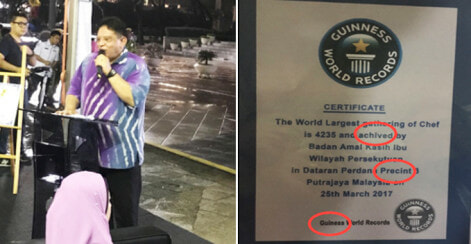