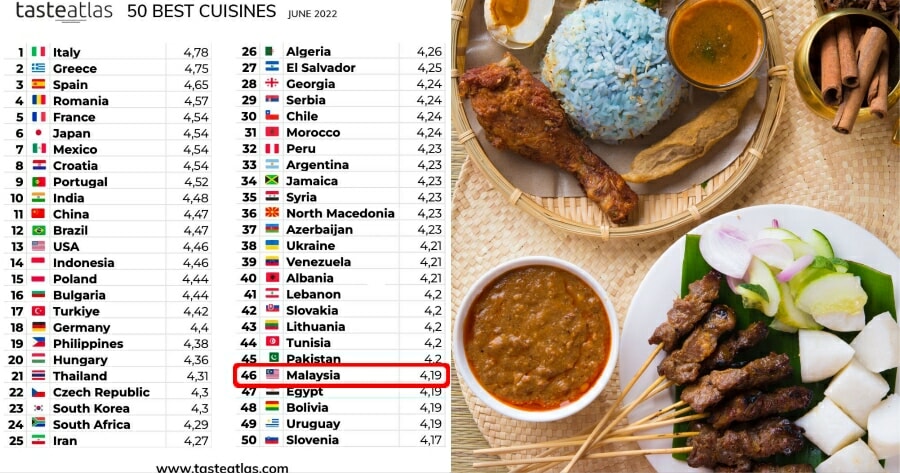 TasteAtlas is back at it again with the ridiculously unbelievable rankings of cuisines.

After Nasi Lemak was previously ranked as ‘OK‘, which caused an uproar among Malaysians, they’ve since released the latest ranking of the worlds cuisines and it’s not pretty.

Based on the ranking of 50 best cuisines from all around the world, Malaysia ranked at 46, placing us in the lowest 5 countries, much to the disbelief of Malaysians. 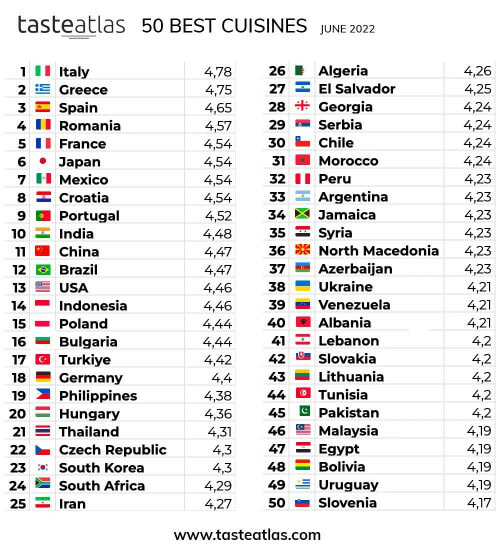 TasteAtlas wrote, “World’s cuisines ranking update (June 2022) opinions? Each country’s rating is obtained by the users’ average ranking of the 30 best dishes, beverages and food products in that country. Countries that are not on the list do not have enough items rated.”

Based on their website, Malaysia’s best dishes ranked were Bak Kut Teh, Sarawak Laksa and Roti Canai, which is odd considering Roti Canai doesn’t exactly showcase the rich flavours Malaysia has to offer.

Netizens shared their disbelief over the rankings

The latest ranking has enraged Malaysians. It even caught the attention of Kuching MP Dr Kelvin Yii who shared his two cents via a tweet.

This is preposterous!
Whoever graded this probably has a long-bout of anosmia & ageusia! https://t.co/V0Xip397qb

Just in case you didn’t know, anosmia is the partial or full loss of smell while ageusia is the loss of the sense of taste.

Meanwhile, netizens expressed their outrage over the ranking. One user commented, “Who are the users anyway?? Were they people who actually love South-east Asian food? If they were then Malaysia wouldn’t have gotten such a low ranking.”

“Malaysia at 46? They must have never visited Malaysia.”

Netizens even questioned the credibility of the ranking

One user commented, “Can we know who ranked these countries and how did they determine the 30 best dishes, beverages and food?”

What do you think? Does Malaysia deserve such a low ranking? Share your thoughts in the comment section below. 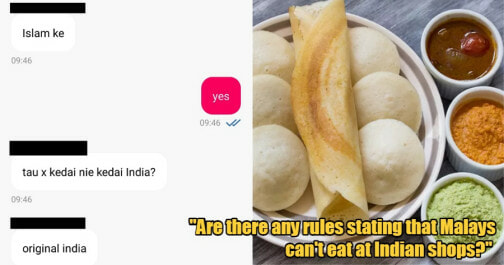