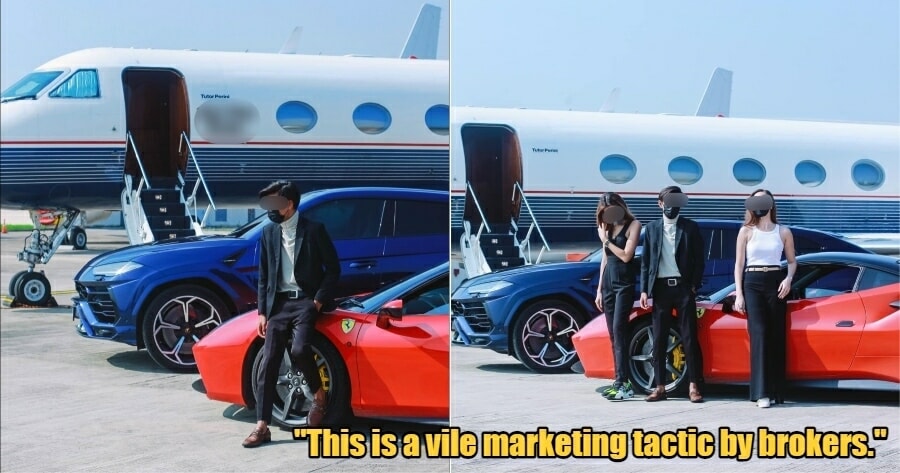 Because of the increasing interest in the Forex trading industry, ‘trading sifus’ or ‘trading gurus’ are popping up everywhere and are encouraging the general public to invest in them.

In order to attract potential customers, these ‘gurus’ would post images and videos of themselves living high-end lifestyles with fancy cars and expensive watches allegedly paid for by their success in their field. But, do these ‘gurus’ really own the fancy things they flaunt?

Muhammad Nur Iman took to his Facebook page to call out one of these ‘gurus’ for allegedly lying about owning a private plane, in a since deleted post. 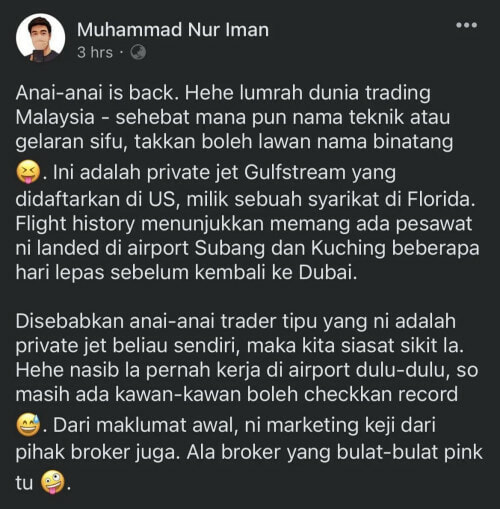 He wrote, “This is a Gulfstream private jet that has been registered in the United States, owned by a company in Florida. Its flight history shows that it indeed landed in Subang and Kuching a few days ago, before returning to Dubai”. 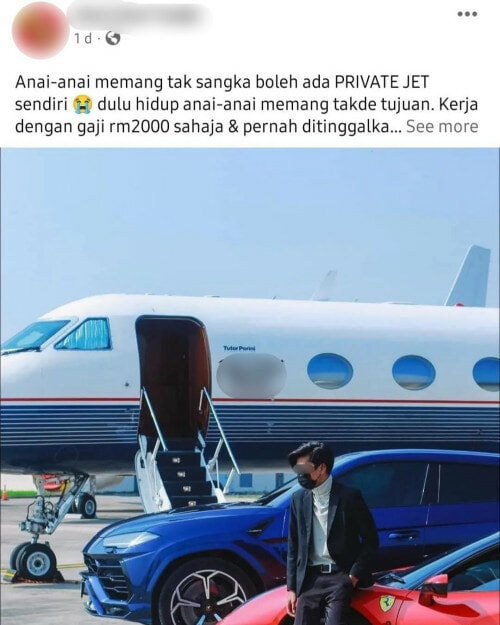 Muhammad had apparently previously worked at an airport and used his connections there to obtain the information on the plane. 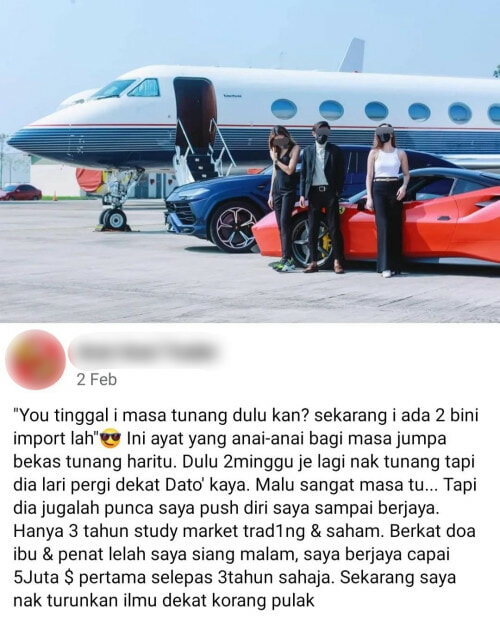 “Because this trader lied that he owns the private jet, I just had to investigate.”

“From initial information, this is a vile marketing tactic by brokers,” he added.

Many have since pointed out that, during this era of social media influencing, luxuries such as sports cars and private jets can be rented for photoshoots.

“Now, you can rent cars and private jets for photoshoots.”

Others warned the general public to be more careful when it comes to such businesses.

“Malaysia is clearly a heaven for scammers.”

Hence, it’s only wise that you always check and double-check the credibility of online trading ‘gurus’ before choosing to invest in one.

Because, you’ll never know if the posts you see on their social media pages are actual manifestations of their successes or just plain marketing.

So, be careful out there! 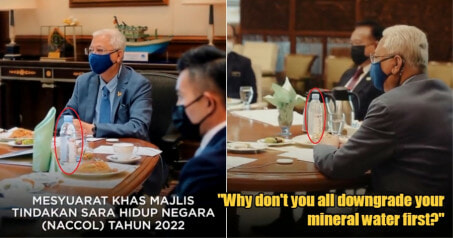