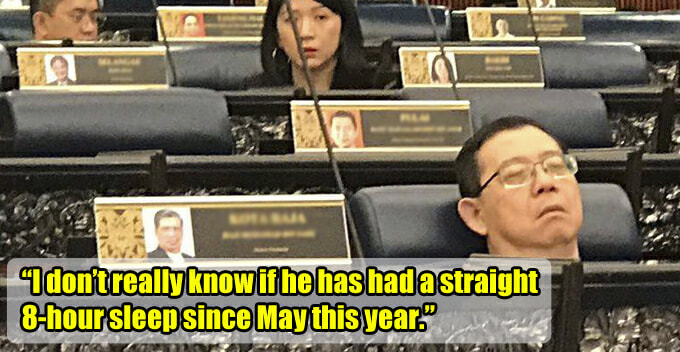 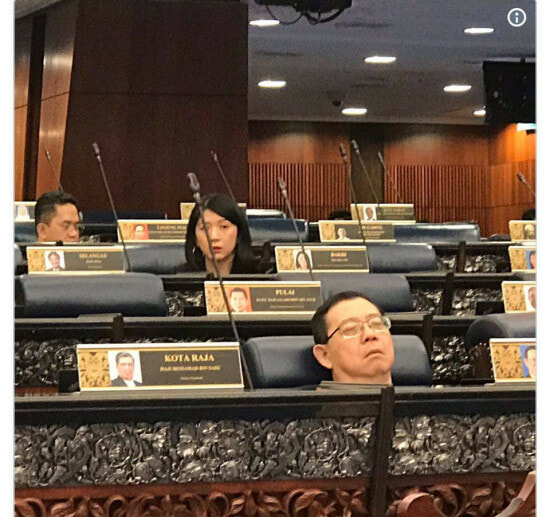 Responding to the incident, Guan Eng has clarified that he wasn’t sleeping as claimed by the opposition and that he was merely resting his eyes that were feeling unwell. In fact, he was listening and taking down notes as Khairy Jamaluddin was speaking.

Guan Eng even attached a photo of the note he had taken in Parliament. 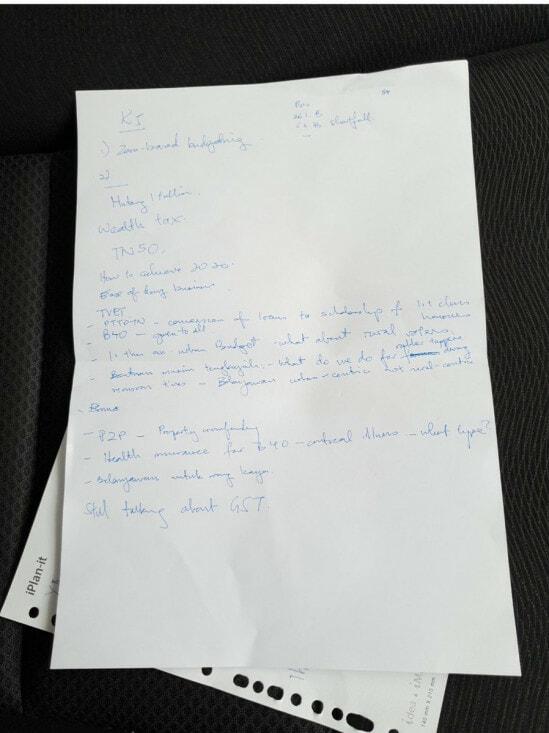 As expected, the minister was criticised by many netizens for not taking his job seriously. Seeing that, the minister’s son, Marcus Lim took to Facebook to defend his father and shared how his dear father has been grinding and hustling for the past few months.

“Ever since my dad was elected as the Finance Minister of Malaysia, he has been working extremely hard to figure how to settle the enormous debts our country is in. To some, they may think that the position of finance minister is glamorous, but to me, I think it is a stressful job for him.

“For the past 6 months, I have seen him working non-stop from 8am till 11pm, seven days a week. I don’t really know if he has had a straight 8-hour sleep since May this year. Sometimes, he even skips lunch or dinner to attend meetings, or just to finish his pile of work in the office.

“During the recent pre-budget period, at times he only had less than 3 hours of sleep for the whole week. He worked with his team till late at night and had to (work) overnight in the office to prepare his first budget. He wants to ensure that everybody would benefit (from the budget) even though they have only limited funds.”

In fact, Marcus once followed his father to work and the young man was totally worn out at the end of the day. Many were baffled by how Guan Eng manages to stay fresh all the time despite the long working hours. 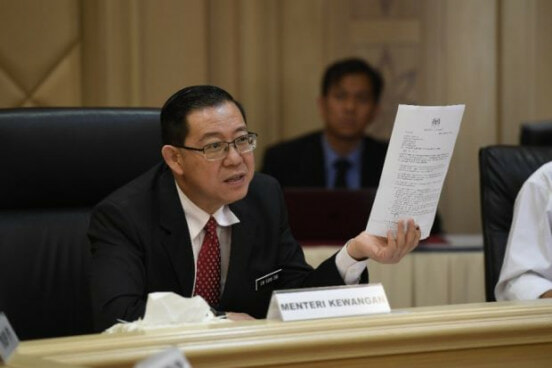 “Some nights, my dad will come back home late almost midnight and tell me he is exhausted just by looking at the numbers from work. Many may criticise this matter, but for me, I am very proud of my dad. To me, he will always be a hero in my heart.”

Looks like everyone is really working hard and for that, we’d like to express our gratitude to all the ministers that are hustling day and night to put our country back on track. What are your thoughts on this issue? Let us know in the comments!

Also read: “Think of Him This One Time,” Najib’s Daughter Asks M’sians for Sympathy 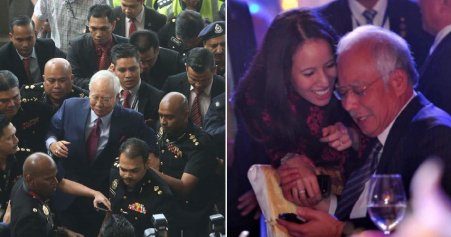