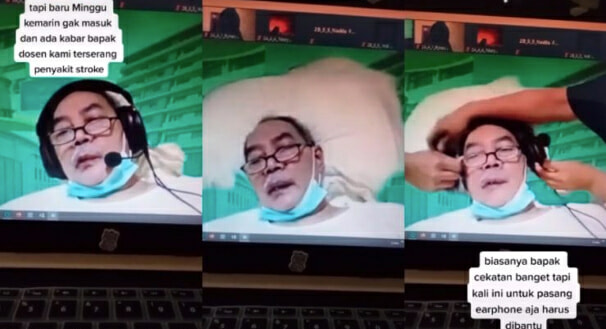 The perseverance of a lecturer in imparting knowledge to his students despite being bedridden turned out to touch the hearts of many. Through a video sharing by a student, Balqis Maharani, on TikTok’s account on Monday, his lecturer known as Aceng Muhtaram is said to have had a stroke about a week ago.

She explained that usually the lecturer will provide them with the Zoom link early in the morning for their class that starts at 9.30am but on that day, even at 9.00am, there was still no link given. The students then asked for the link from the assistant lecturer and this was when they found out that the lecturer was actually admitted to the ICU due to a stroke.

At first, they thought that the lecturer who taught the subject of Educational Administration Research at a campus in Bandung, West Java would no longer teach them for that moment because he was not healthy. However, they were wrong when the lecturer still wanted to continue the class as usual despite being in a state of disarray. Balqis said in the video,

“We were surprised to see him lying down in a vulnerable state. But he was finally able to deliver the lecture until the end of the class before handing it over to the assistant lecturer.”

Kudos to the lecturer who is continually making an effort in imparting knowledge to his students even when he has fallen ill. Hopefully, he will recover and gain his strength to continue to teach and inspire.

Also read: Malaysian Teacher Excitedly Learns How to Start Zoom Class But No Students Showed Up 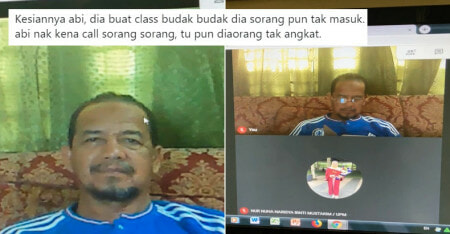