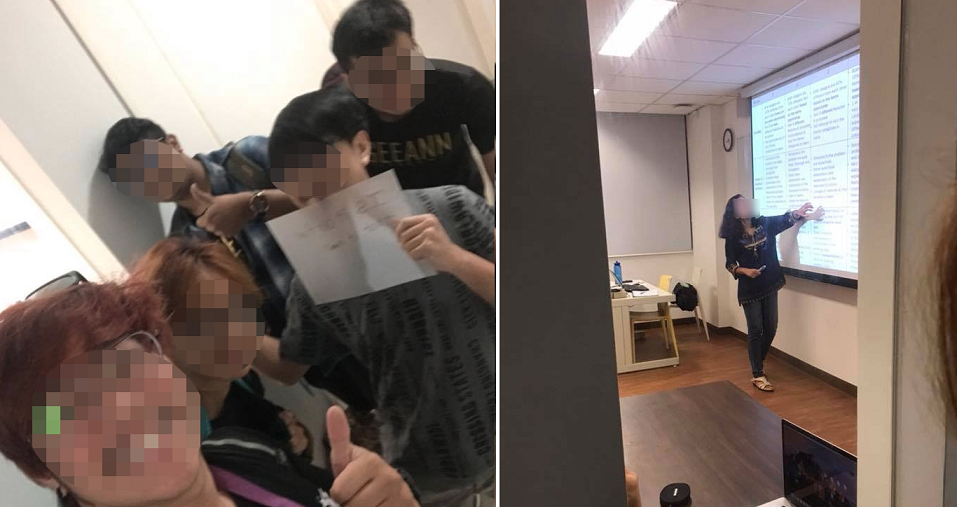 Many of us have been late to a class before, haven’t we? Sometimes it is our fault and sometimes it is not. Either way, as students, we sometimes have to pay the price. Most of us, late-comers, are usually warned or scolded in front of the whole class by the lecturer/teacher. It is usually the most embarrassing situation to be in… but just not as embarrassing this one!

Recently, a group of Polytechnic students in Singapore were locked out of class by their lecturer for being 15 minutes late, reported Goody Feed. The students’ reasons for being late? Heavy downpour and bad traffic. Seems like a legit reason. 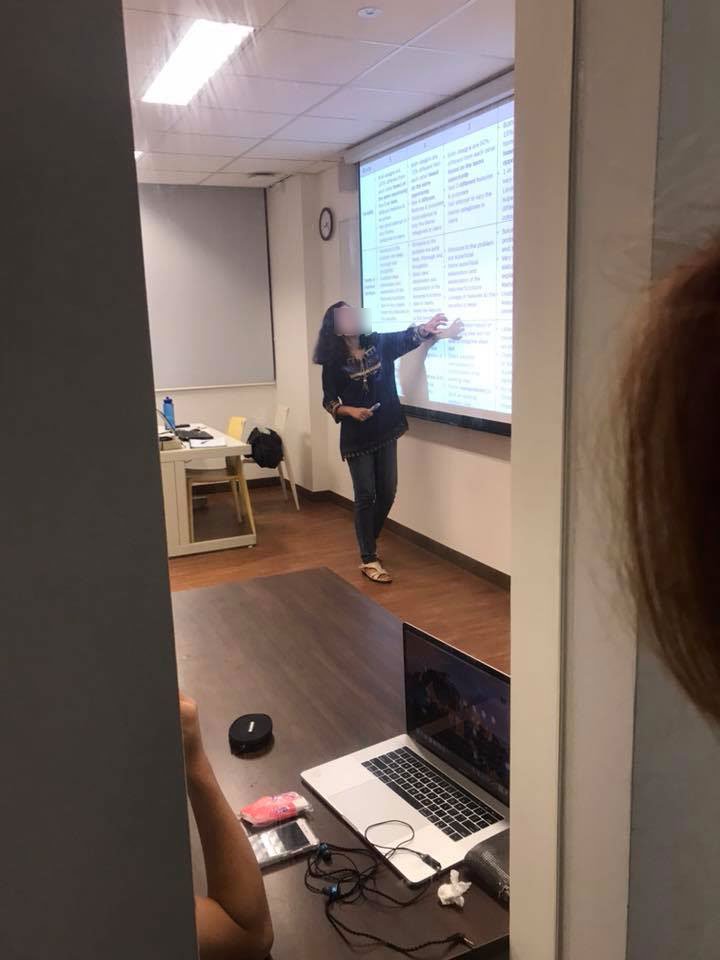 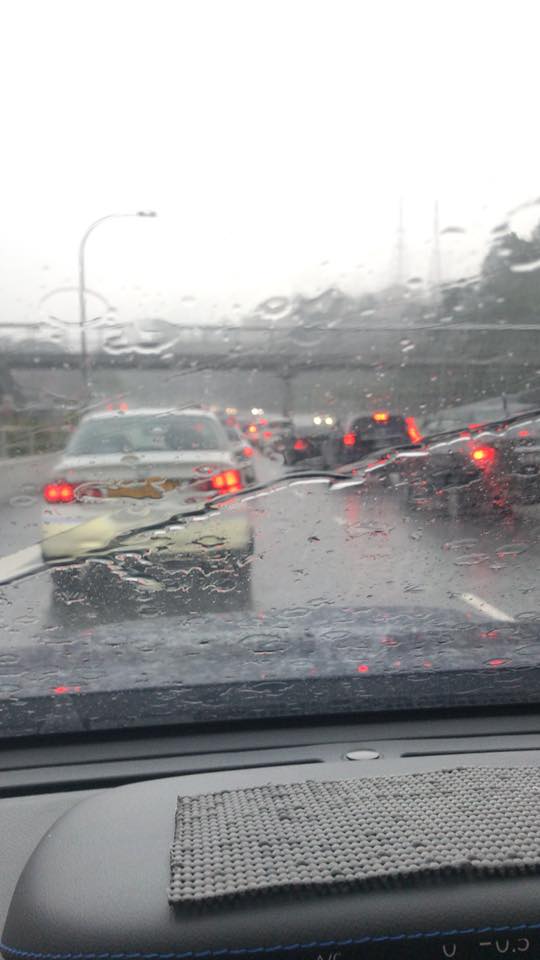 Logically, the students did what every Millennial would do, take a selfie or aptly put a ‘wefie’. 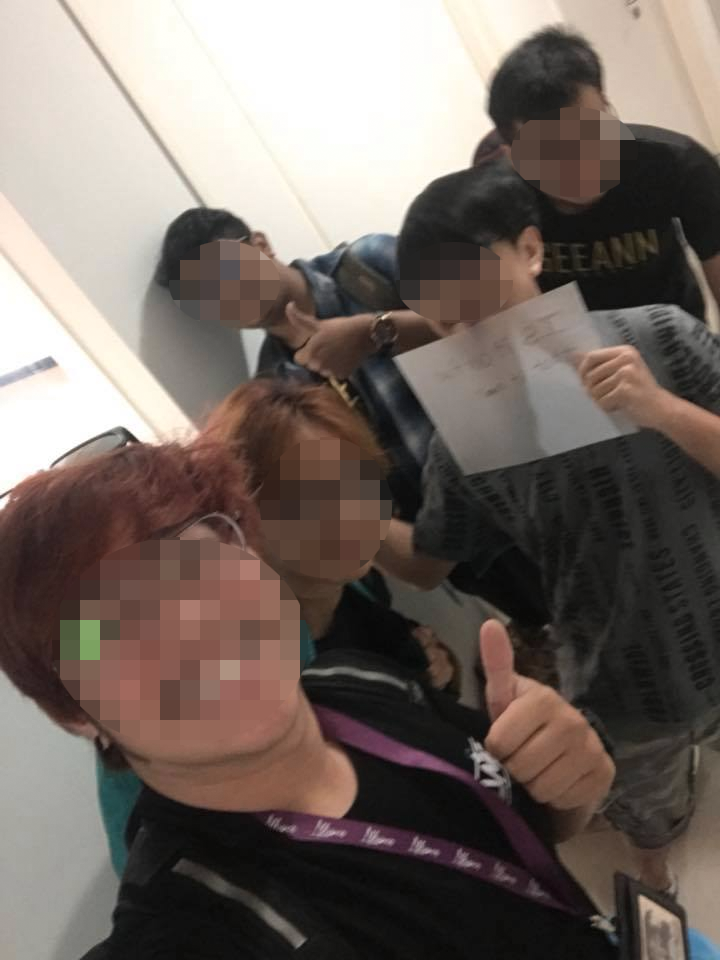 However, after awhile the involved students were let into the class to resume learning. 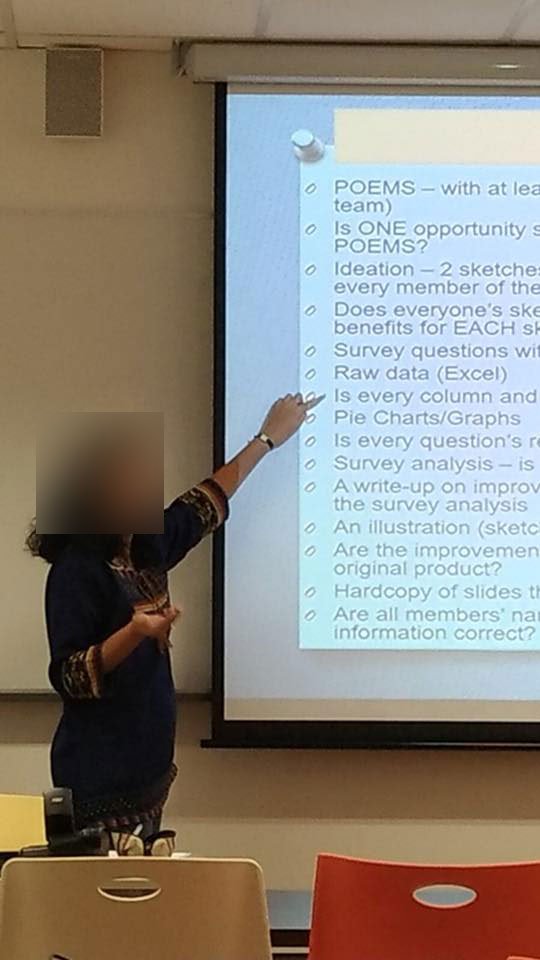 Now, you would think that that was the end of the story but no, the saga continued.

After the incident, the student took to social media, Facebook, to rant about his predicament which later sparked a debate on whether the lecturer’s action was appropriate.

The post received a series of mixed reactions from the netizens. Most of them supported the student’s actions stating that it is rather unfair for the lecturer to do such things, especially when the fault in fact was not on the students’ side. 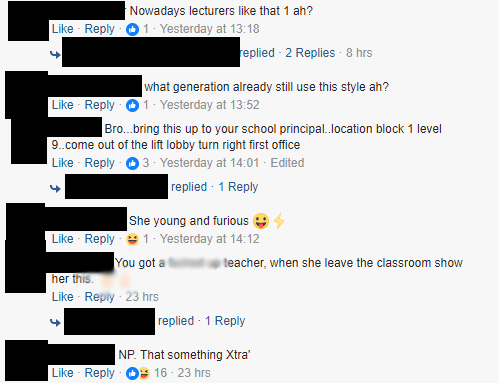 Some, however, decided to indirectly justify the lecturer’s act.

The post had been removed ever since, upon receiving tons of negative responses.

Following up to his deleted post the student continued to defend his and his friends’ actions. 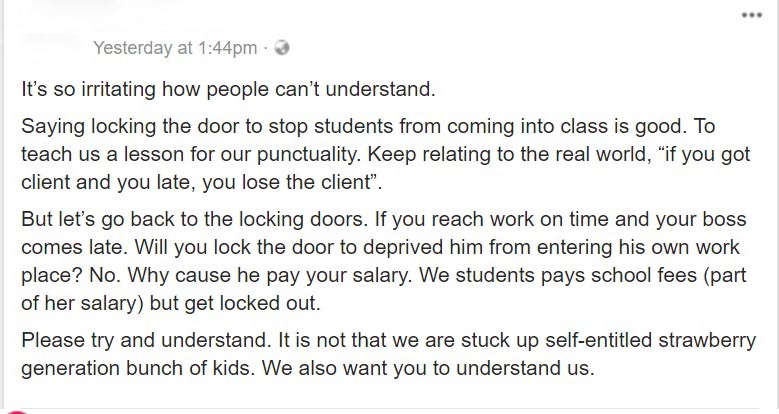 Upon posting his defense statement the fellow student received another array of mixed responses. Some agreeing and some disagreeing.

Bottom line is there are always two-sides of the coin, the lecturer might have her reasons and the students might not be actually be at fault. So, what’s your take on this? 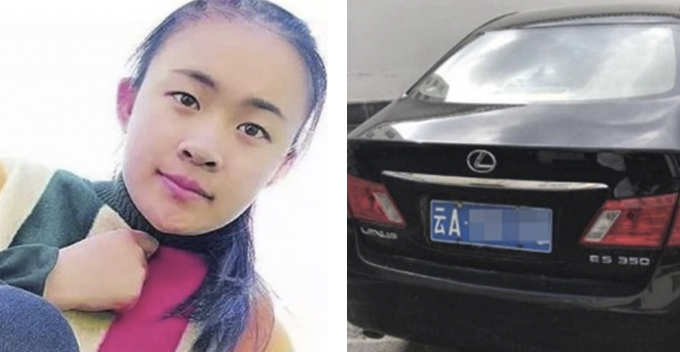