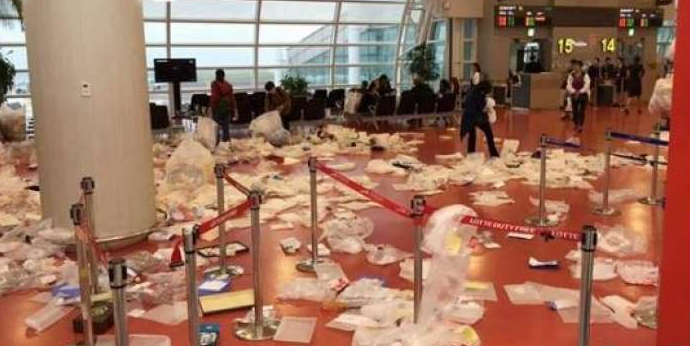 A Korean airport in Jeju ended up looking like a garbage dump after Chinese tourists exhibit their usual ‘I can do anything’ attitude.

Image showed the Korean gates for international flights on the third floor of Jeju International Airport overflown with rubbish, according to SCMP via Jeju newspaper Jemin Ilbo.

The large amount of trash are said to be plastic bags from the duty free goods that were purchased by Chinese tourists.

According to the local publication, tourists will have to pick the purchased duty free goods they bought outside the airport from a designated area at the departure gate.

So when these bunch of Chinese tourists retrieved their goods, they started tipping the plastic wrapping at the gate before boarding. In true mainland Chinese nature, they then littered these plastic right there and then on the floor.

It was apparently done to reduce their size and weight. 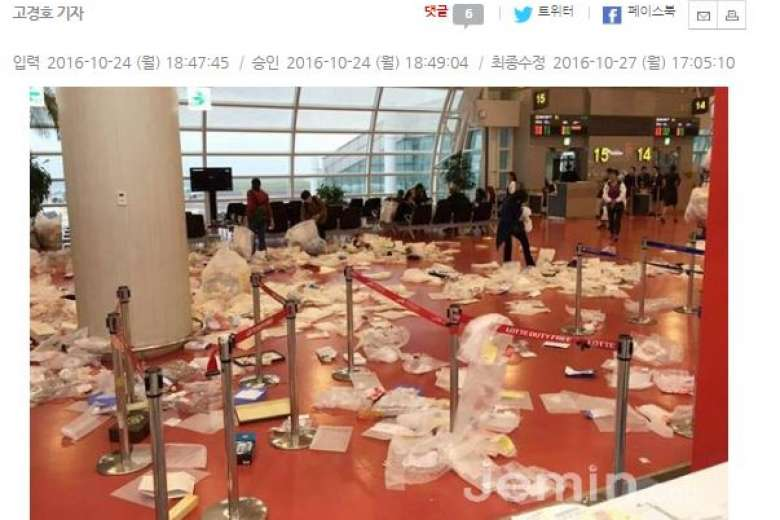 The Chinese tourists were told to use rubbish cans by duty free shops and cleaners but as usual, those words have fallen on deaf ears. It was reported that they were even given garbage bags! Yet, look at the aftermath.

The Korea Airports Corporation in Jeju took action by increasing the number of cleaners at the gate from two to three. They also imposed fines to try to curb the destructive littering problem from the Chinese.

“We will keep reinforcing the sanitation team at the gates for international flights,” an official from the airport told The Korea Times.

“Even though there is still lots of rubbish left after they depart, fewer of them are dumping it on the floor after we’ve taken action,” he adds.

“Those who keep throwing waste on the floor might face fines as a penalty in the future.”

Chinese tourists are already notorious for their outrageous behaviours. Just recently, the bunch took the liberty to snatch baby sea urchins from their habitat and crushing them with rocks. 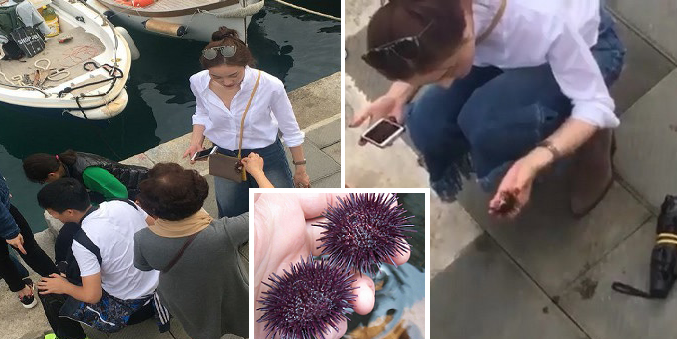