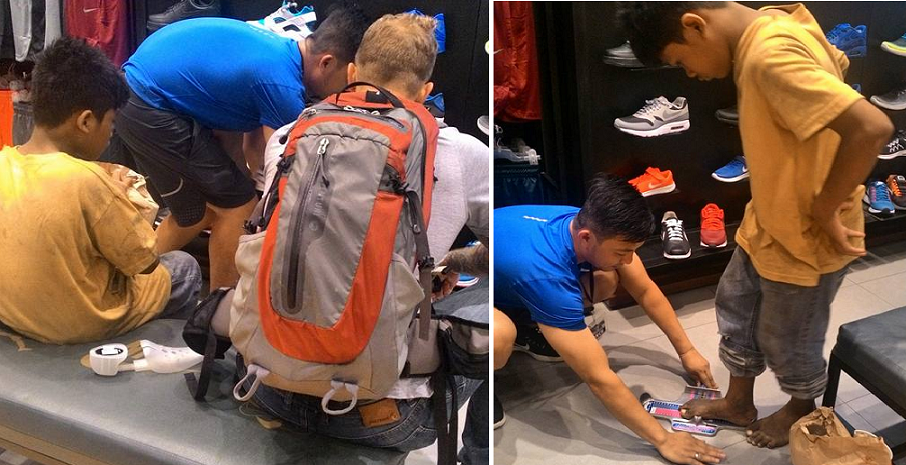 Recently, a kind-hearted foreigner who was travelling in Philippines won netizens’ heart after he bought a pair of Nike shoes for a poor kid.

The story was first posted on Facebook in Filipino by a netizen, Ahyan Yerro who presumably owned the Nike shoe shop. In less than a week, the story went viral and was shared over 5,700 times. In brief translation, she wrote:

“This foreigner guy is awesome. He was willing to help out the poor kid by buying the barefooted child a pair of shoes at the store.” 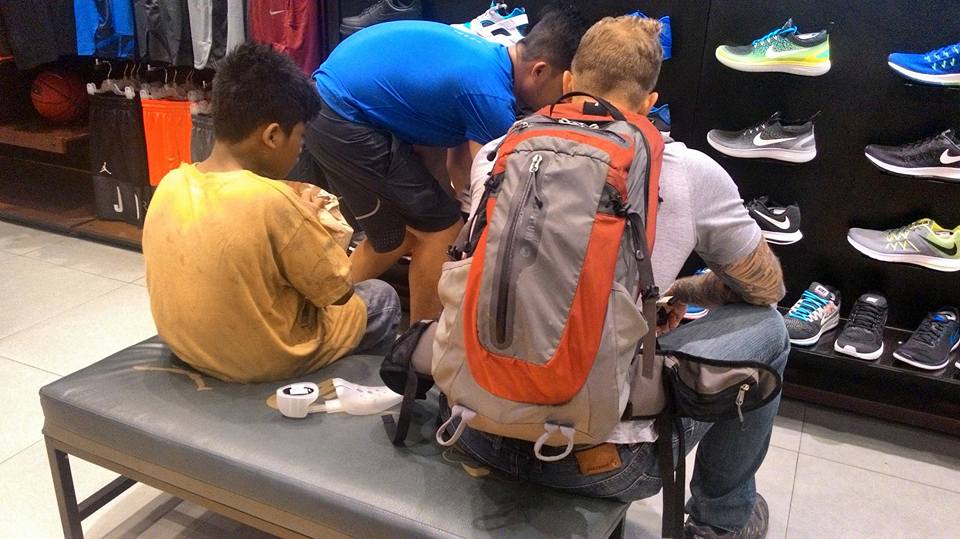 “When I asked him, the foreigner guy told me that he saw the poor child selling flower and begging for money at the same time outside the mall. He pitied the child as he was barefooted and was dressed shabbily.”

“So, he brought the child to the mall and bought him a pair of shoes. My athlete, Raymond Seneca provided great customer service to them. He measured the child’s foot size and let him chose the shoes that he liked.” 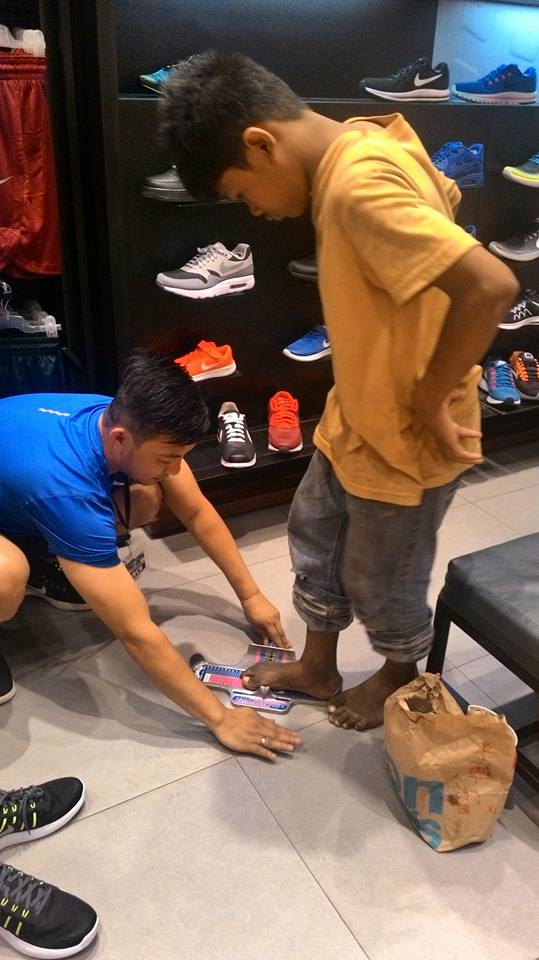 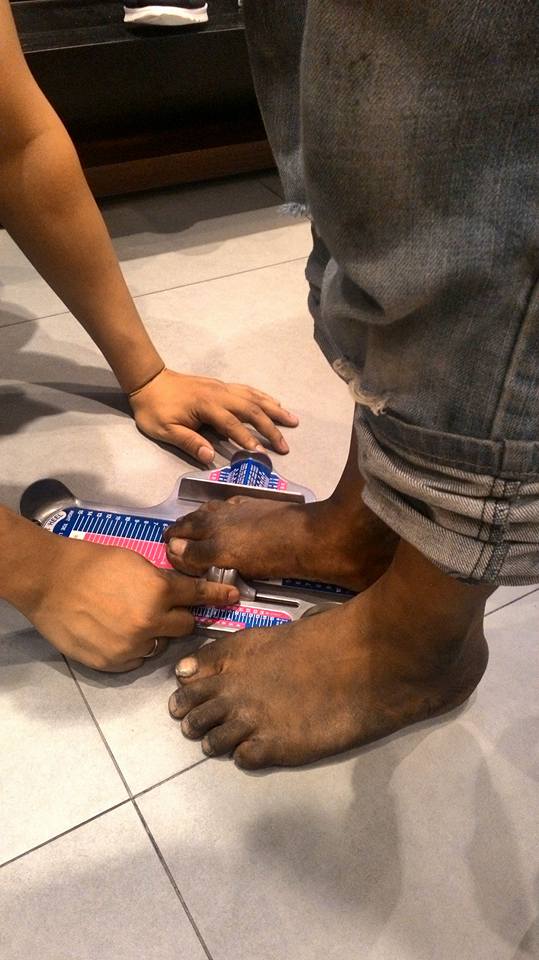 “While he was trying on the shoes, I told the child to keep the shoes and thank the foreigner guy because not everyone has the opportunity to be at the receiving end of such blessing. He nodded and said ‘yes’. I smiled and felt happy for him.” 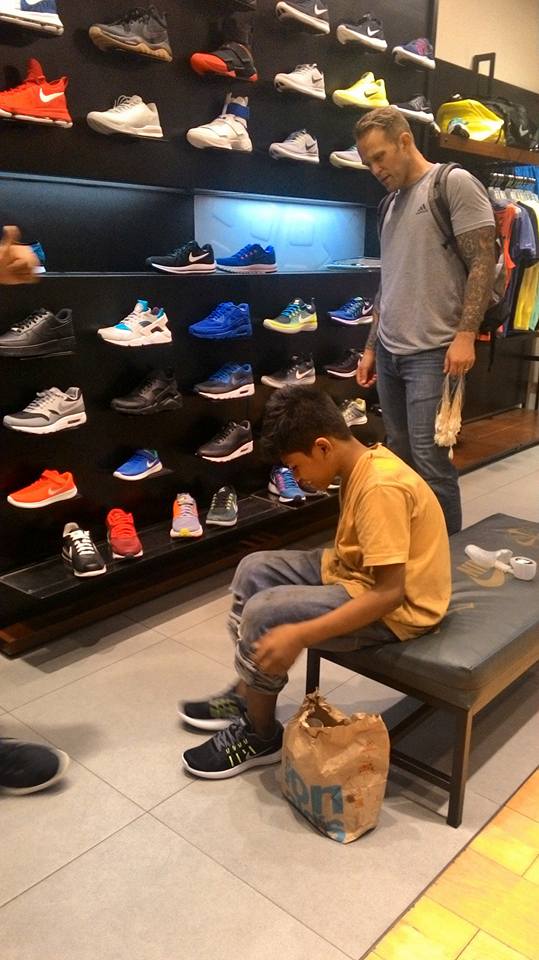 “During the transaction, he asked me where can he buy children clothes at an affordable price. So I directed him to the department store in SM Megamall.” 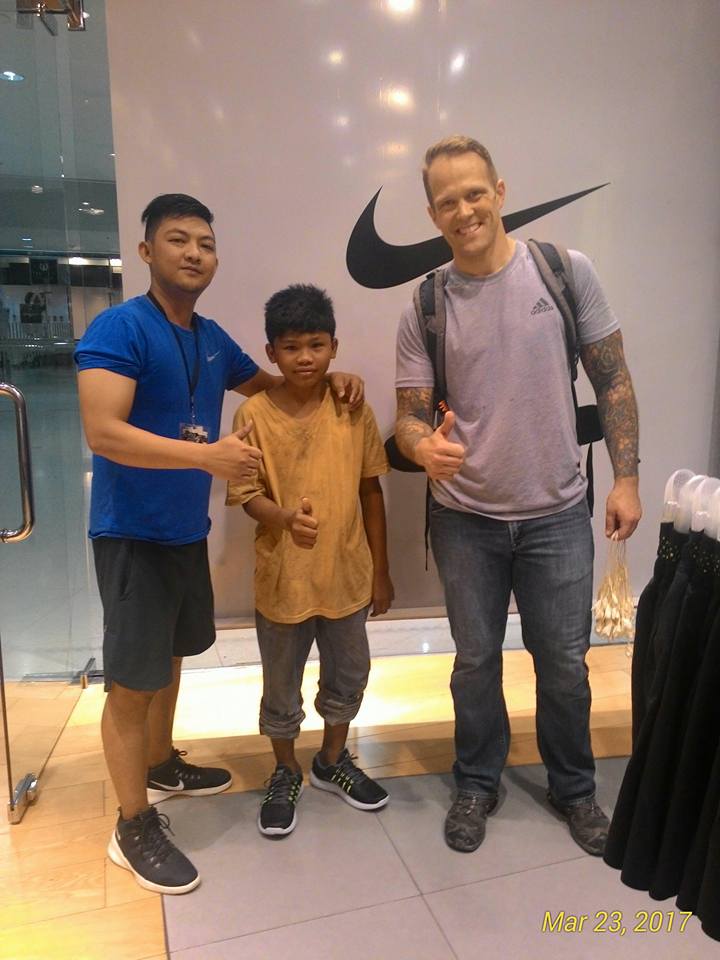 “His name is Kris Carroll, I got his name from the receipt after he paid by card. Let’s share this so that all Filipinos can look up to him as a role model.”

This heartwarming scene has attracted the attention of another netizen, Mara Karmela and she shared it on Facebook as well. She wrote:

“I walked into a Nike store on my way home and saw the sales person was taking a picture with a foreigner. He then proceed to go to the counter and paid 6,000 pesos (RM528) for the shoes before handing them to the kid sitting at the corner. In exchange for the shoes, the kid gave all the flowers he was selling to the guy.” 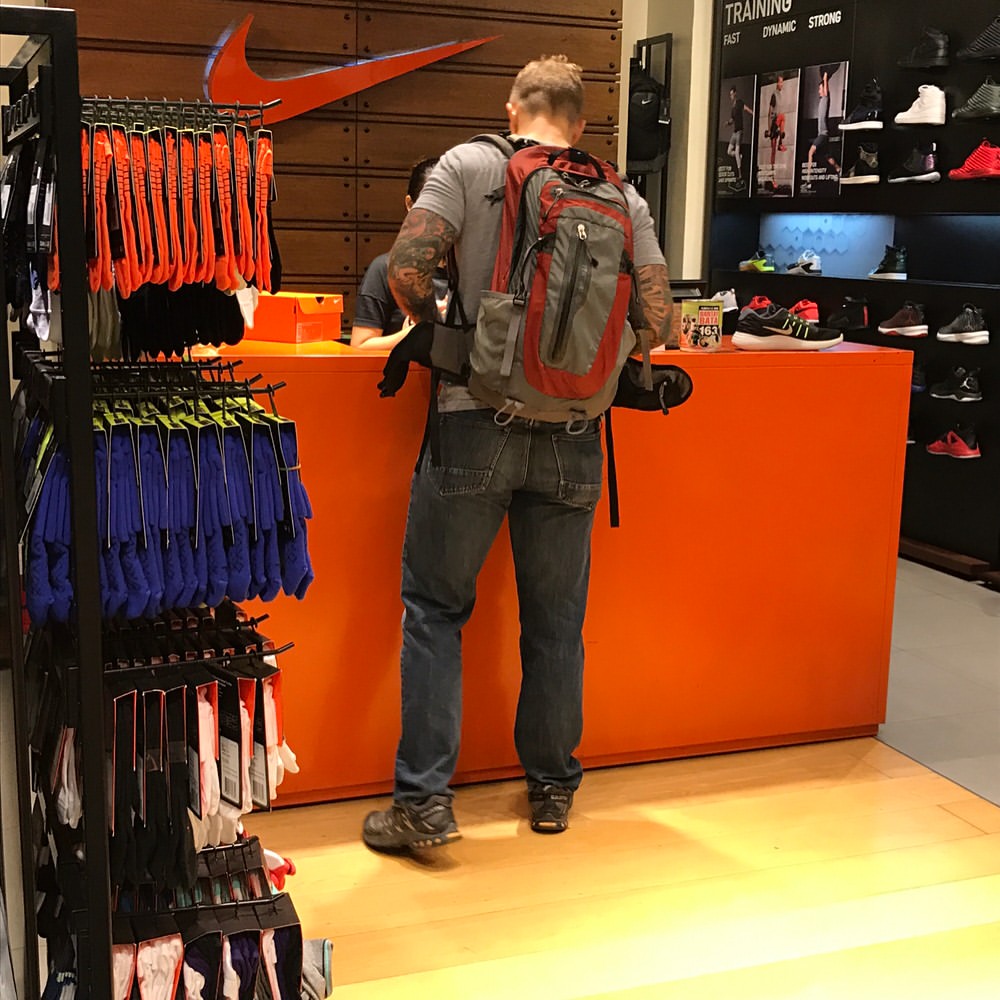 “The Good Samaritan also asked the lady where is the nearest store to buy clothes and she directed him to SM Megamall. So, they both went off the the mall to buy some clothes.” 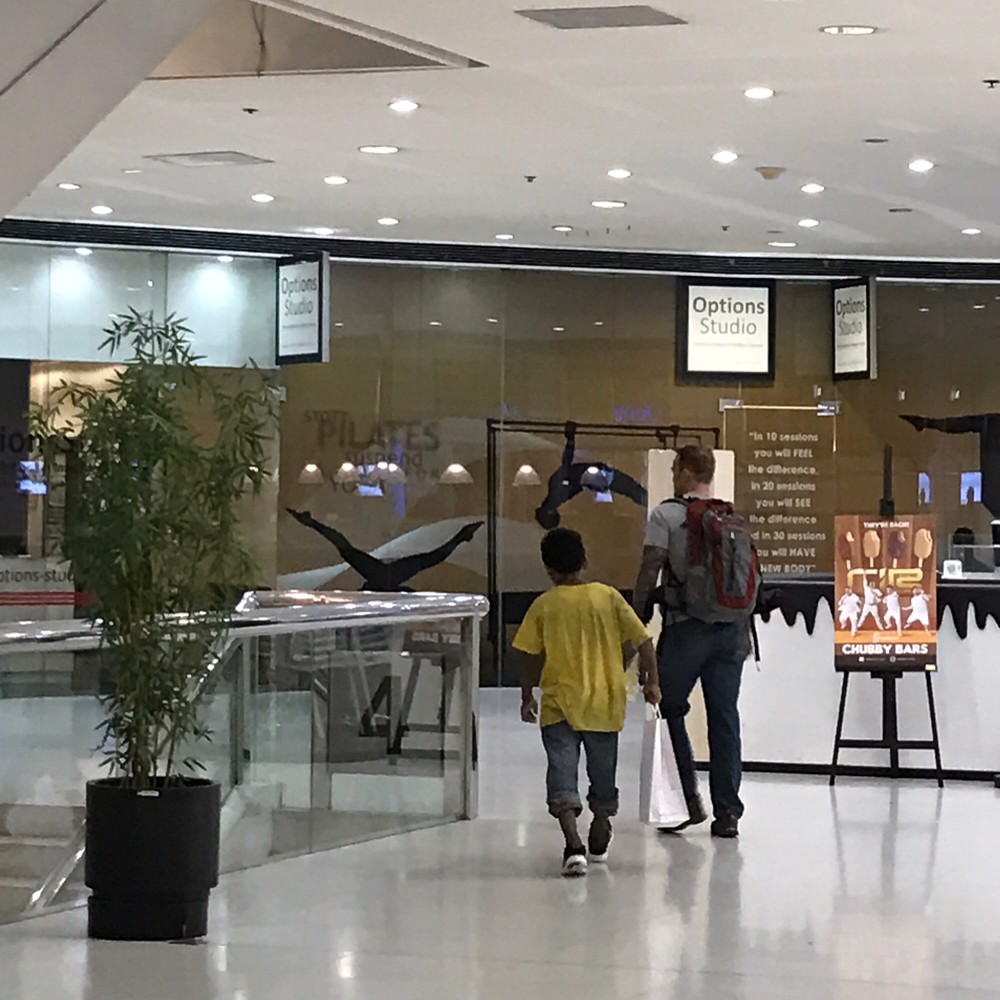 With all the negativity going on in the world right now, this heartening story has certainly restored faith in humanity.

Also read: Young Man Who Left Malaysia To Cook For War Victims In Greece Will Inspire You 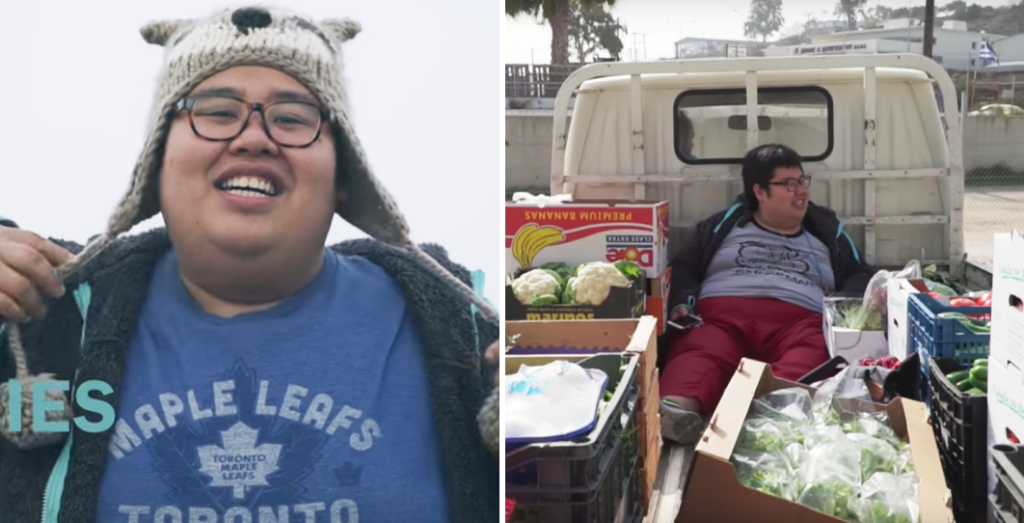