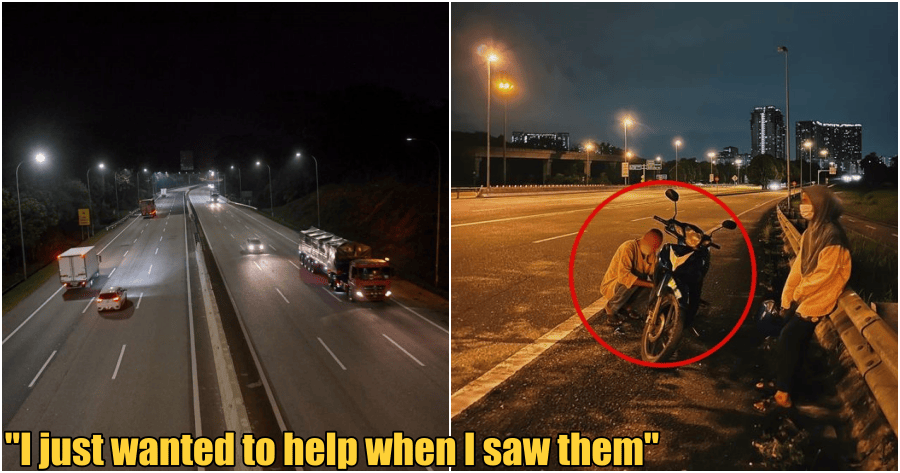 It’s nerve-racking when your vehicle stops running on the highway, more so if it’s late at night when there are fewer passersby around.

Recently, a Facebook user named Alessandra Ng shared a story of how she spotted and rescued 2 individuals, a father and daughter duo who were struggling to push their broken-down motorcycle along the highway. 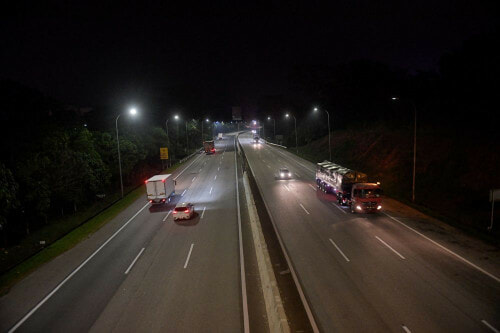 Around 11pm, the 24-year-old Facebook user was on her way home on the KESAS highway when she saw them. She then decides to make a U-turn to check and see if she could help.

8 minutes later, Alessandra arrives and finds out that the motorcycle needed engine oil to function. She offers to drive the father to the nearest gas station where he can buy the oil and get back to his bike. However, he politely declines the offer as he doesn’t have any money. 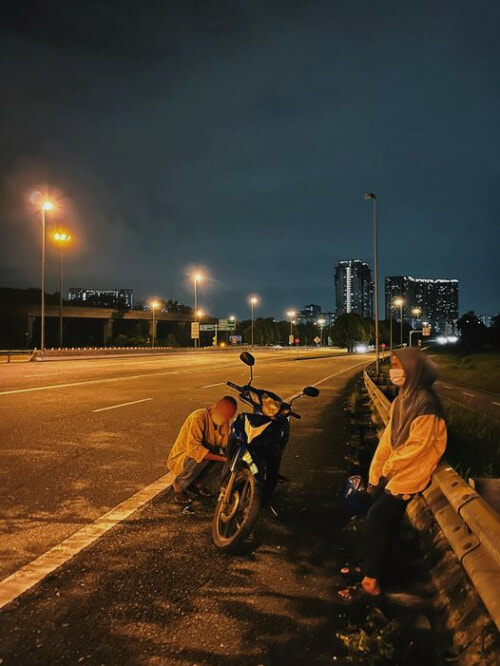 “I didn’t think too much about it, I just wanted to help when I saw them. So I told him that I would pay for the oil”, Alessandra told WORLD OF BUZZ.

She insisted and the father finally gave in with tears streaming down his cheeks.

Throughout the journey to the gas station, Alessandra chatted with the father and as it turns out, he was on his way to Malacca (his hometown) upon hearing that one of his family members had passed away.

Nonetheless, their encounter ended on a bright note as they finally found a gas station after searching for some time. They got the oil, filled up the motorcycle and were soon on the road again, parting ways after a memorable night.

The post has garnered over 6.6k shares and 29k likes at the time of writing. Heart-warmed netizens were quick to praise the young woman’s kindness.

“Good people are rewarded with good fortune. Grateful to have you. Thank you”

“I pray that Ms. Alessandra Ng will be blessed with guidance that’ll be more precious than Earth and its core itself. Thank you, Alessandra.”

Most of us are barely keeping our heads above water. People often think that others will lend a helping hand or a shoulder to cry on when that’s mostly not the case, so why not be the first?

What would you have done when you see someone stranded by the road? Let us know down below.

Also read: WATCH: Kind Kelantanese Man on Boat Pulls Cow By Its Nose Through High Flood Level To Rescue It 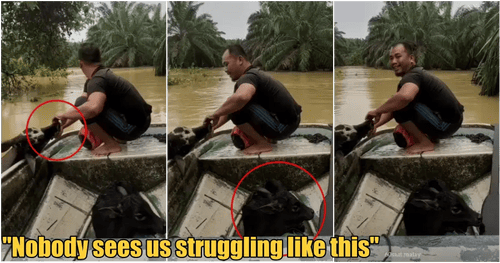