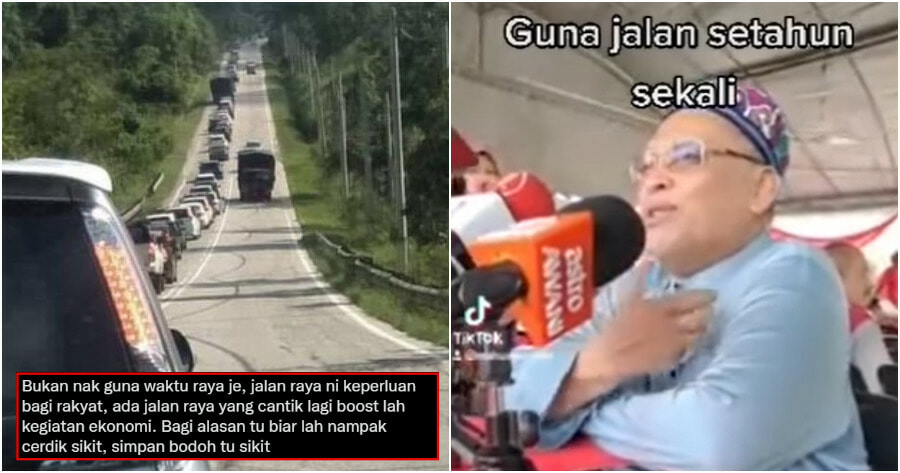 For those who travel to Kelantan during the Raya season, we’re all familiar with how long it takes to drive back because of how bad the jam is, partly down to the condition of the roads.

Despite calls for better and broader roads by the Kelantanese, not everyone believes there is a need for it.

Kelantan Deputy Minister Datuk Mohd Amar Nik Abdullah recently made headlines after he said there was no point in widening the roads as “they are only used once per year”. 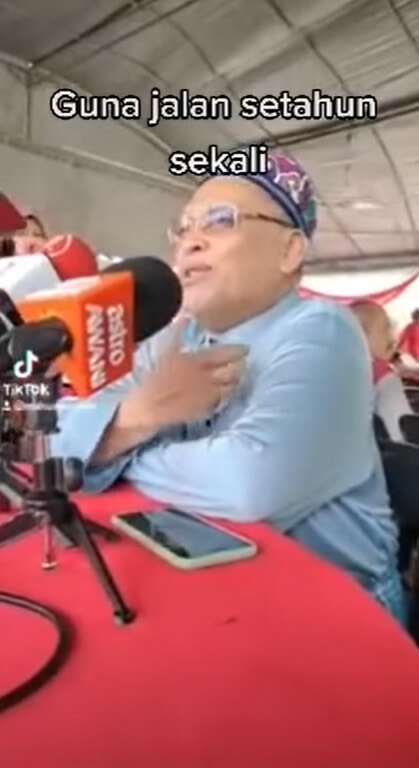 His comments were made in response to people asking him what the state government plans to do about the unusual traffic congestion that happens every Raya season.

“So we have to go through it. It’s not like it happens often.”

“What kind of stupidity is this?”

The video has gone viral and has been shared numerous times on various social media platforms. On Twitter, users expressed their amusement and outrage over his comments.

One user highlighted a specific road in Kelantan that is often congested during Raya season. “On normal days, it takes 45 minutes, but during Raya, it can go up to 5 to 6 hours of being stuck there.”

“It’s not that it’s used only during Raya. Roads are a necessity for us. Having nice roads will boost the economy. If you want to give an excuse, at least make it sound a bit smarter,” said another.

Another user stated, “If you look at Kelantan, it’s not like they can’t widen the roads. The shoulders of the road are wide. It is possible to add another lane. But if you have a minister like this, then there’ll be no end to the issue of (extremely long traffic) jams in Kelantan.”

Do you think that his excuse is justifiable? 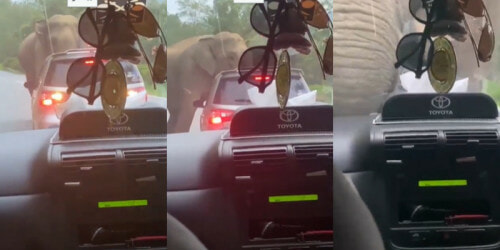