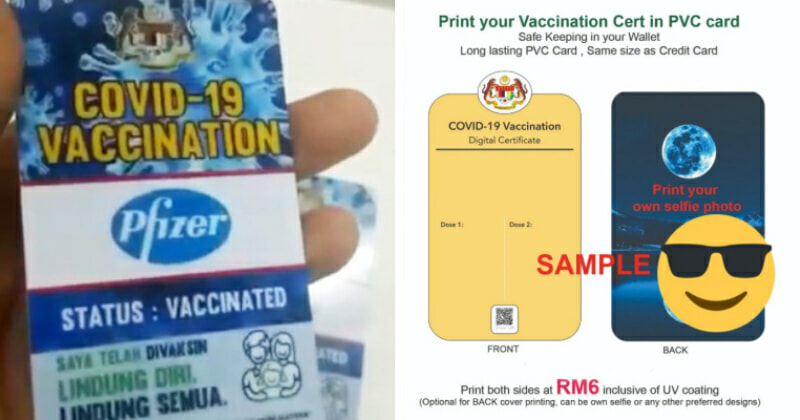 The Special Committee for Ensuring Access to Covid-19 Vaccine Supply (JKJAV) has assured the public that currently, there is no such thing as a Physical Vaccine Badge issued by the government.

Khairy, who is also the National Covid-19 Immunisation Programme (PICK) Coordinating Minister added that any cards sold in the market currently was not issued by the government. 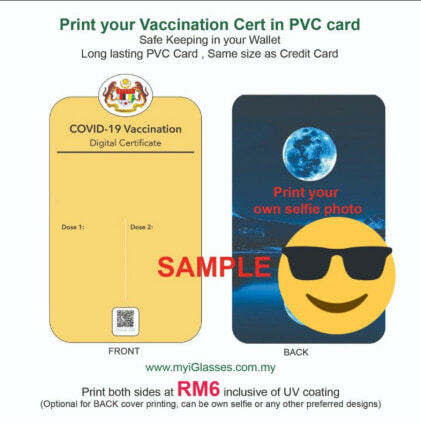 “There are no physical cards, only digital certificates that appear in the MySejahtera application. That’s all.”

Commenting on this issue, Health Minister Dr Adham Baba said that the cards were not recognised by the government and would not be accepted as proof of having completed vaccinations.

“Only the digital certificate in the MySejahtera application is recognised by the government.”

Both ministers clarified the matter following backlash from Malaysian netizens regarding a planned issuance of physical cards for citizens that have been fully vaccinated against Covid-19. Many questioned the need for the government to spend public funds to produce physical cards when it can easily be integrated with MyKad or just utilised digitally with the MySejahtera app.

Back in March, The Star reported that the the Health Ministry was planning to produce vaccination badges for those who have received their second vaccine dose in addition to a digital certificate downloadable on the MySejahtera app. Adham Baba has since clarified in the press conference yesterday that plans for a physical card is still awaiting cabinet’s approval before it can be issued to the public.

Also read: “We are here for you” PPV Staff At SCCC Shares Heartbreaking Moments She Encounters At Work 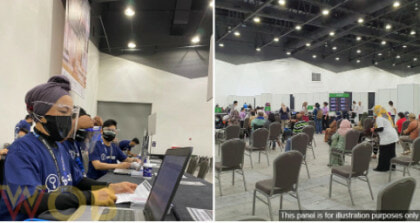