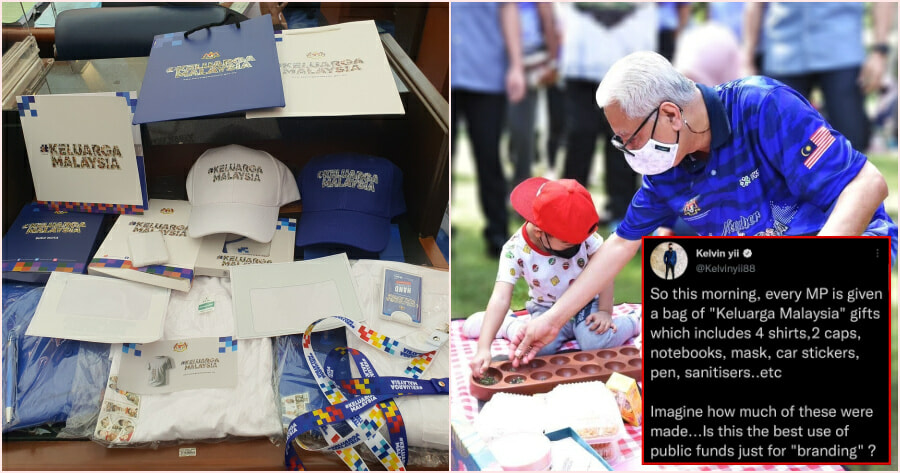 The Keluarga Malaysia (Family Malaysia) concept has seen plenty of backlash since its introduction by Prime Minister Datuk Seri Ismail Sabri Yaakob back in August 2021.

In a reinstatement of the concept, it was recently reported that every Member of Parliament was given a bag of ‘Keluarga Malaysia’ gifts and merchandise. 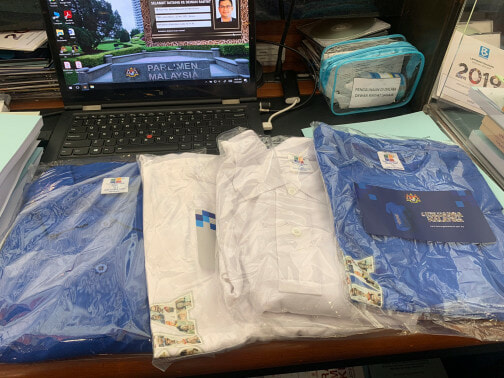 He also noted how the colour of the merchandise is dark blue and seemed to be identical to the colour of Barisan Nasional’s logo.

Meanwhile, Bandar Kuching MP Dr Kelvin Yii took to Twitter to express his disappointment. In his post he writes, “This morning, every MP is given a bag of ‘Keluarga Malaysia’ gifts which includes four shirts, two caps, notebooks, a mask, car stickers, a pen and sanitisers. 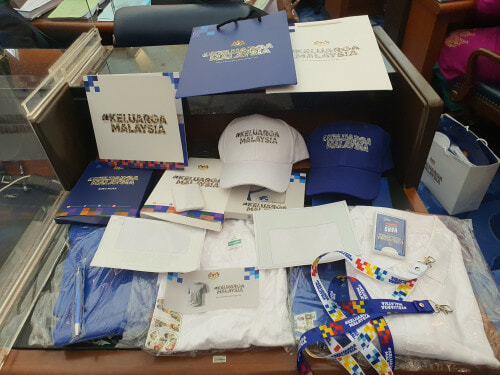 “Imagine how much of these were made…Is this the best use of public funds just for ‘branding’,” he added.

“Which company got the contract? Was it open-tender?”

Netizens have criticised the decision

The tweets from Akmal and Kelvin have amassed plenty of attention with many netizens commenting their anger and disappointment over the move. Many users say that it is unfair for the government to use public funds on ‘worthless’ items such as merchandise when many people are struggling with basic necessities such as food.

“What’s wrong with this money being used for those who are more in need.”

“Political use of people’s money,” he added.

Some netizens joked at the ‘Keluarga Malaysia’ concept and say that it is more of ‘Keluarga UMNO’. One user said, “Waste after waste is done by the BN Government of the UMNO Family whilst it remains difficult for the public to ask for their own EPF money.”

Many pointed out how it is simply a waste of money and instead of giving MPs the merchandise, the funds could’ve been used to give citizens masks and hand sanitisers. 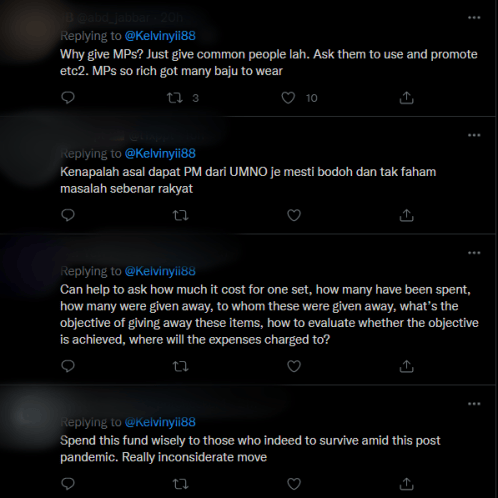 “While the rakyat suffers and even the allocations in Muar or Simpang Renggam were not given, the ‘Keluarga Malaysia’ branding got lots of extra funds at JPM to do all these promotions!”

Also read: Ismail Sabri: The Government Is No Longer Working As A Team, But As Family 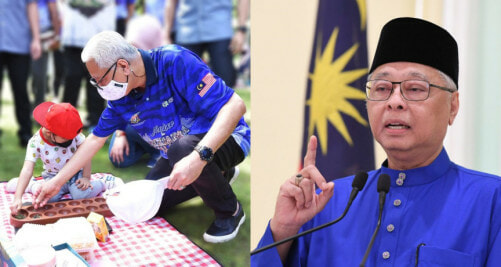