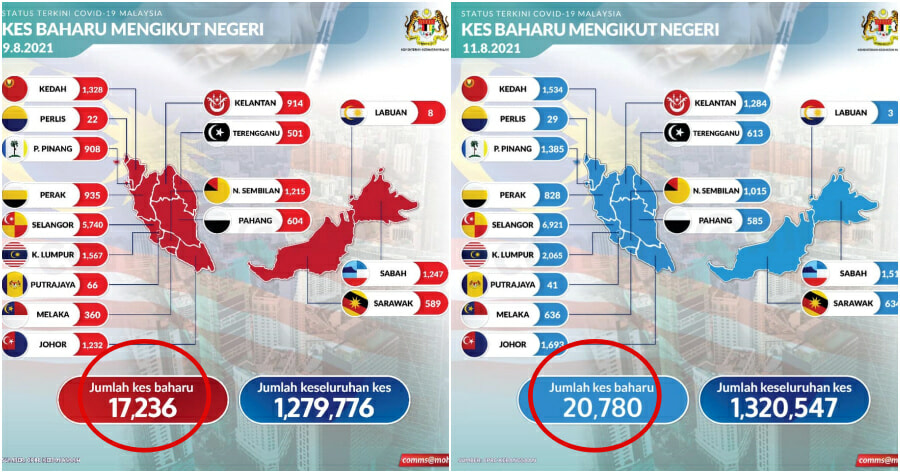 What could the change possibly mean?

Alongside the new record high of 21,668 cases today (August 12), netizens have also spotted a new change to the data being provided by the Ministry of Health (KKM).

This is the second time (yesterday was the first) KKM has used the shades of blue in its infographic reporting the daily cases and total overall cases. Previously, the colours used to highlight the daily cases were red.

What do you guys think of the change in colours? 🤔

Since their ‘debut’ colour, netizens have begun to speculate on what it could possibly mean.

Some netizens believe that it has turned blue in order to indicate a medical emergency otherwise known as ‘Code Blue‘. 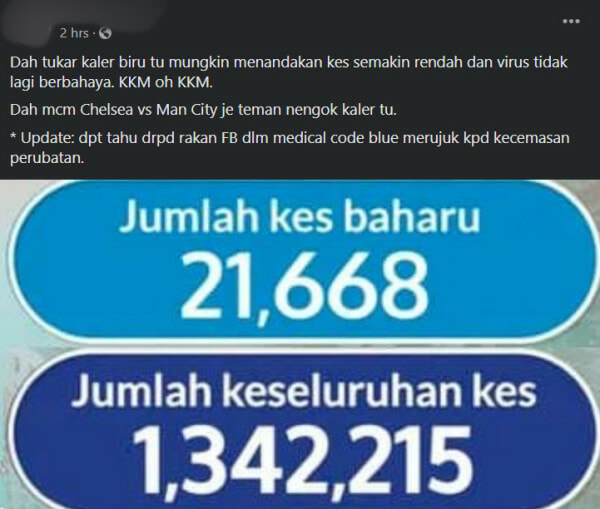 As pointed out by Twitter user ADM in his post, it also refers to an emergency situation in a hospital in which a patient is in cardiac or respiratory arrest.

Code blue refers to an emergency situation in a hospital in which a patient is in cardiac or respiratory arrest. https://t.co/skaXbSFdwl

His post has garnered over 14,000 likes and 14,000 shares which show the amount of people in support of his suggestion.

Another netizen has also highlighted the changes in colours which went from red on 9 August, orange on 10 August and blue as of yesterday, 11 August. 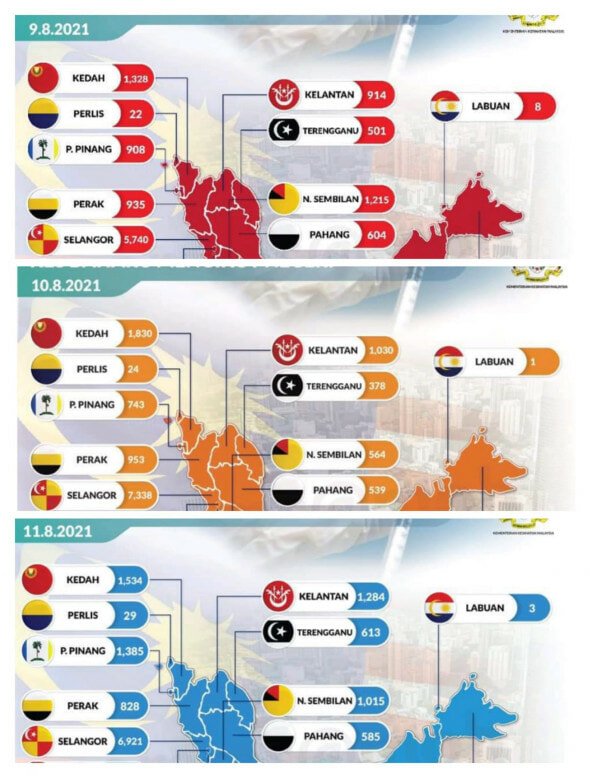 However, some netizens have said a variety of different reasons for the change of colour. Some have said that it could be merely due to aesthetics or simply meaningless changes.

Meanwhile, one netizen suggested that the change in colour is because “Blue is colour blind friendly. Red is not. However this chart should not be using different shades of blue to indicate the different range in the number of cases.”

This Facebook user jokingly said that the colour change to blue is to make people feel less nervous since red is too depressing.

What do you think about the colour change means? Let us know in the comment section.