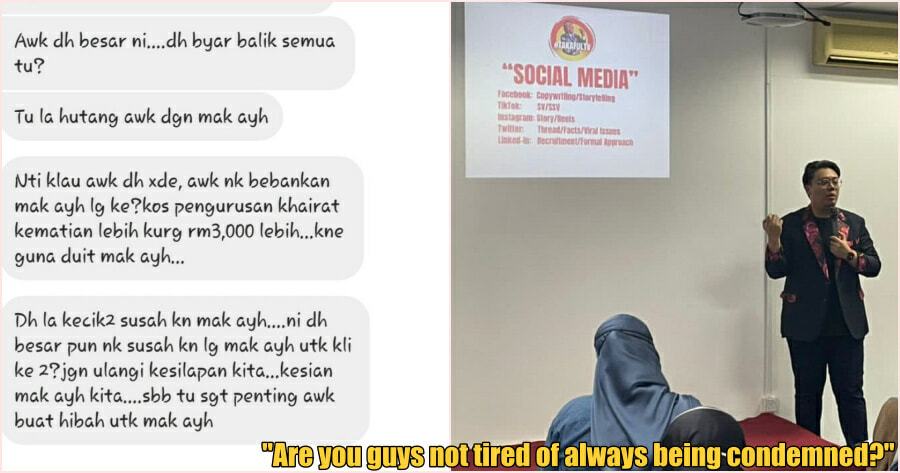 Recently, a viral image of a conversation between an insurance agent and an OKU person went viral on social media.

“When you were younger, milk and diapers were bought for you by them. School fees and university, your parents paid for it right,” said the agent.

“Now that you’re older, have you repaid them? Later when you pass away, do you want to burden them even more with funeral fees that they have to pay for.”

“When you were small you already burdened them and now even as an adult you burden them again? Don’t repeat our mistakes… that is why it is important for you to ‘gift’ your parents,” added the agent.

After the image of the conversation had been circulating on social media, some insurance agents took the opportunity to give advice and condemn the actions of the said agent.

One agent named Adzren Adnan, took to his Facebook to urge his peers to stop being so disrespectful to prospects.

In his post, he writes, “Are you guys not tired of always being condemned?”

“To all my dear Takaful Agent Friends who use social media as the main medium of your business, I will try to write a piece that is honest, sincere and as gentle as possible,” he said.

“Enough with all the negative things that we have received, from ‘they just want commissions’ to ‘Takaful is all cheating’. We ourselves know our job and we are the only ones who know what our purpose is as a Takaful Agent.”

“The latest issue that has spread on Twitter, made us shake our heads again. So, I want to share some tips to avoid and prevent this condemnation from happening to all of us,” added Adzren.

Adzren’s tips to other insurance agents

He then said that if you wanted to approach a prospect either physically or virtually, you must reread whatever you’re writing a few times before it makes its way to social media.

“Find sentences or words that need to be modified, need to be refined or need to be changed so as not to offend any party. Because, once uploaded, people will screenshots and there is no way back. Please prepare an apology with tears when broadcasting live on social media.”

He also urged agents to ask for the input of others before approaching a prospect in a certain way. 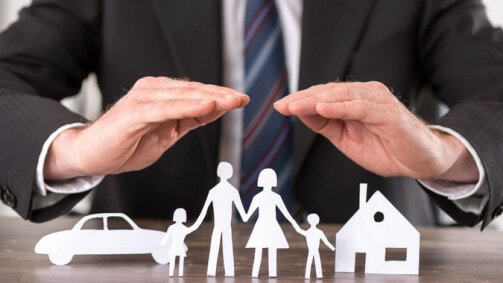 “Also do some research on the person you’re approaching as humans are all different,” he said.

Adzren urged agents to follow the NKSP formula, which is to make sure you meet the prospect first. “Once they know you, then we have to make sure that they like us. When that happens, only then will they trust us.”

“May we all maintain manners and ethics no matter in cyberspace or reality. Two different realms, do not equate the same ways and methods,” he concluded.

What do you think of the agent’s approach? Simply rude or just a miscommunication? Let us know in the comments. 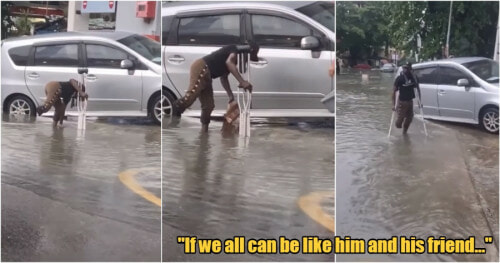