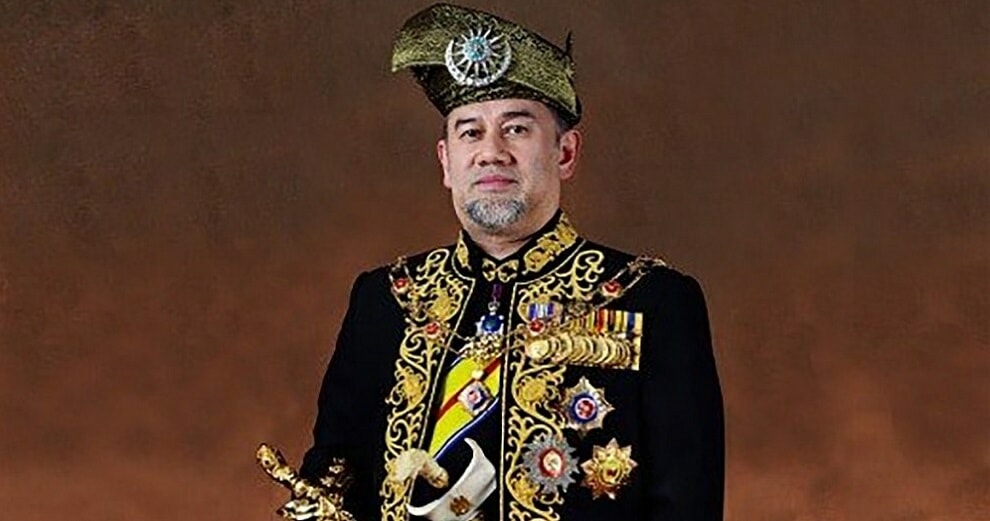 Ever since Tabung Harapan was opened, so many Malaysian have come forward to make a contribution. Now, it looks like our Yang di-Pertuan Agong is also chipping in!

In a press statement that was just released by Istana Negara, the Yang di-Pertuan Agong has agreed to cutting 10 per cent of his salary and emoluments.

A translated excerpt from the statement reads,

“The Yang di-Pertuan Agong is touched and thanks all the Malaysians who have selflessly donated to Tabung Harapan Malaysia, that was just established by the new government.” 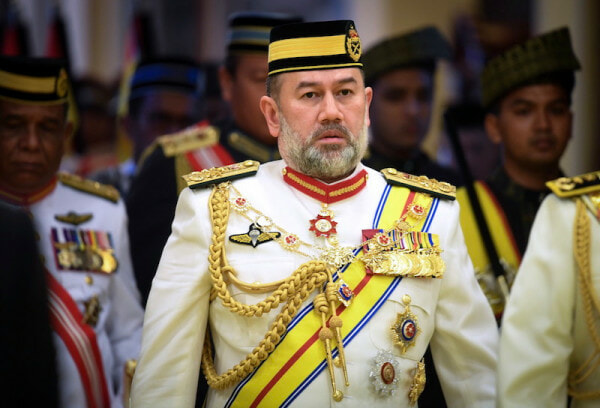 “His excellency, alongside with the rakyat, also wants to fulfil his responsibilities by taking a 10 per cent cut to his pay and emoluments throughout his reign as the Yang di-Pertuan Agong until the year 2021.”

“In conjunction with the upcoming Hari Raya Aidilfitri festivities, his excellency has also decided not to have the annual open house celebration at Istana Negara this year, and the estimated amount of money allocated for this open house will instead be used to help the less fortunate.” 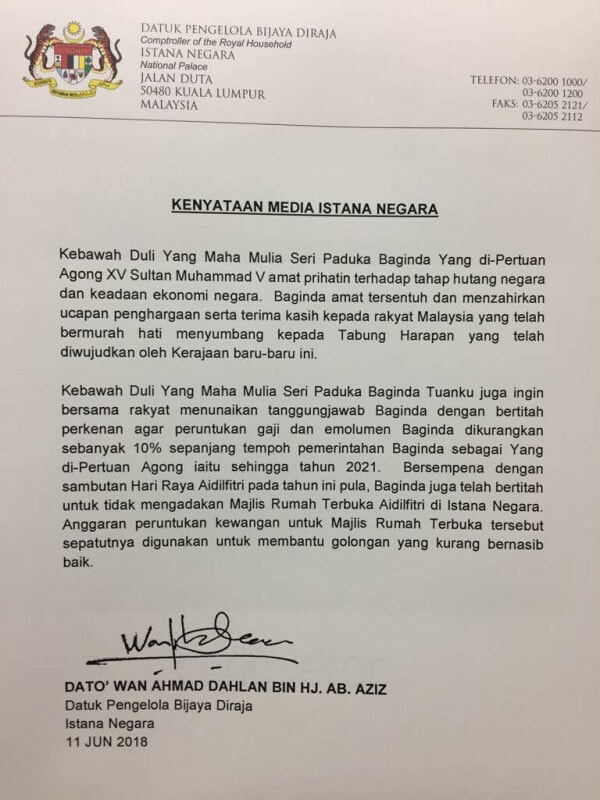 According to the Ministry of Finance’s latest update, Tabung Harapan has now collected over RM56 million in just two weeks since its inception was announced on 30th May! Way to go, you guys!

Millions of Malaysians from all walks of life have since been coming together in efforts to donate money to this national fund to help ease the country’s national debt, which has reportedly reached RM1 trillion.

Well, it’s good to see our own King also showing his support for the cause!

Also read: One of the Council of Eminent Persons Resigns Following Agong Remarks, Here’s What Happened 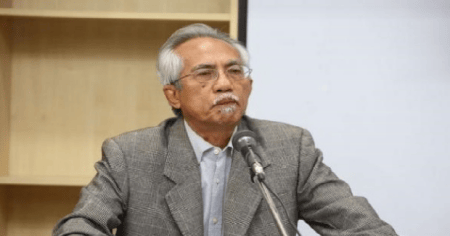