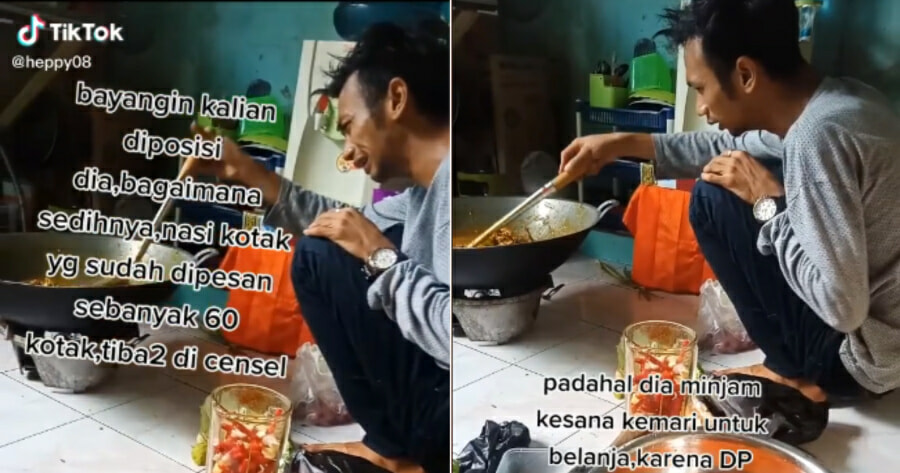 One of the cruelest things people are doing during this pandemic is ordering large amounts of food from small vendors and then cancelling them at the last minute.

Another occurrence of this wicked act was carried out in Indonesia, where a video of a man crying as he cooks has been circulating the internet.

TikTok user, @heppy08, took to the platform to showcase the heartbreaking scene, where the man can be seen weeping while preparing a 60-pack order, as he found out that his customer had cancelled it at the last minute.

In the video, she wrote, “Can you imagine being in his position? How saddening. Already ordered 60 packs of rice but suddenly cancelled.”

Apparently, the man had loaned money from others in order to buy the ingredients and materials needed to fulfill the order. Upon the sudden cancellation, he cried as he was worried how he would raise the funds to return what he had borrowed.

As according to Suara, despite his saddening situation, the man decided to make the best out of the situation by donating the cancelled order to orphans and a mosque, in hopes that the good deed will help open more opportunities for him.

We genuinely hope that the customer who cancelled on the man will at least compensate him for the ingredients and materials he had bought, so that he can clear his debts. We also hope that more people will order from the man so that his business picks up. 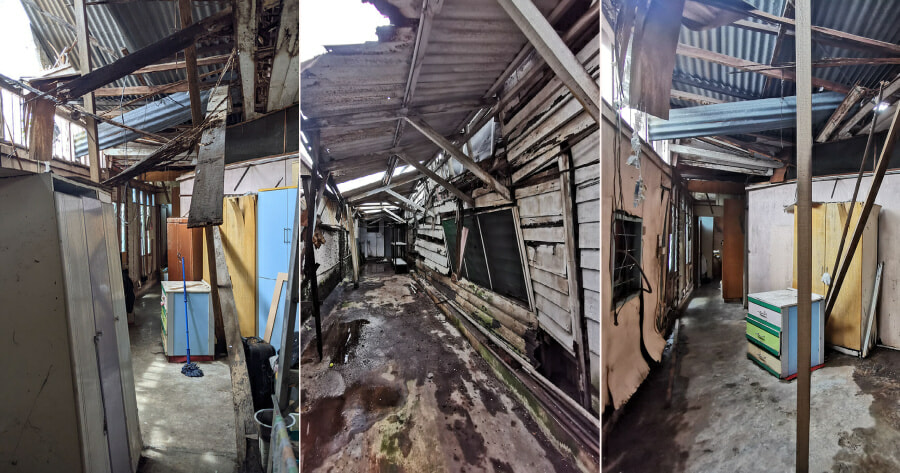