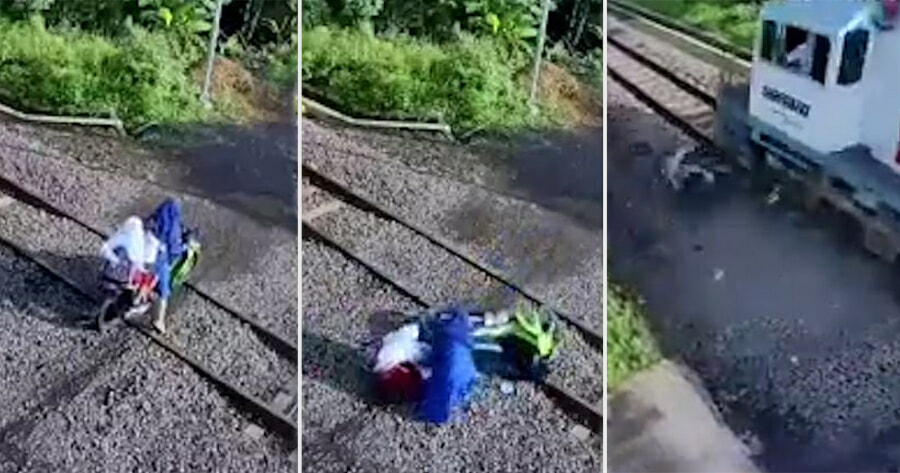 A CCTV footage of a family on a motorcycle trying to cross a train track in East Java, Indonesia has gone viral after the footage shows how dramatically close the family was from being hit with a speeding train.

As reported by the Daily Mail, the incident happened in East Java’s Lumajang Regency last Thursday (9 December 2021). CCTV footage showed how the mother with her daughter and son was riding their motorcycle across the train track before its wheels got stuck. 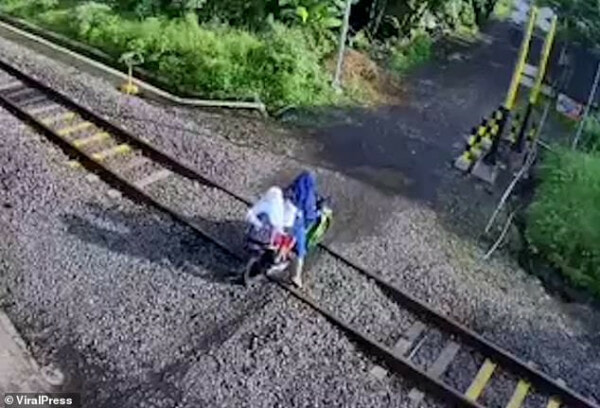 As they spot a train was fast approaching, both children leaped away from the motorcycle to safety as their mother tried to push it through the track. As the attempt to push it in front failed, the mother then tried to drag the motorcycle backwards away from the track in an effort to save it. The daughter who saw her mother doing so, rushed forward and helped her to drag it away to no avail. 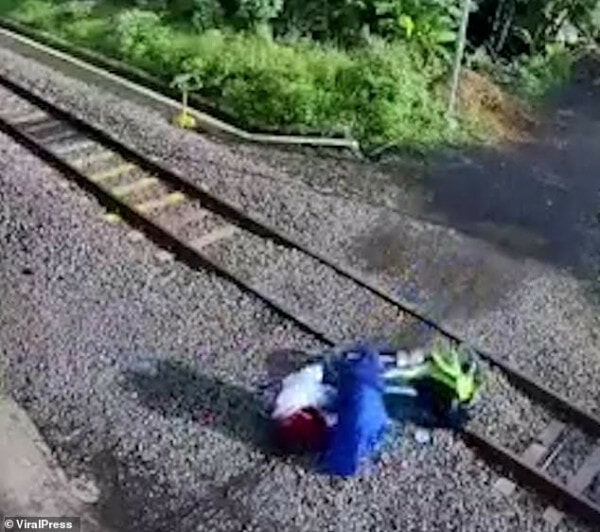 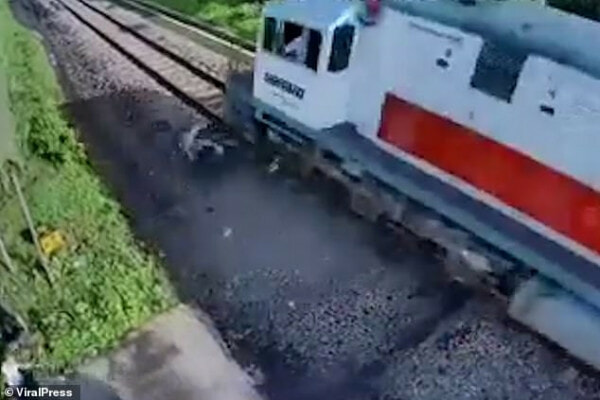 Both mother and daughter then hurriedly abandoned the motorcycle when the speeding train was inches away from hitting them. The CCTV footage then showed the motorcycle being wrecked by the train and flung out into the nearby undergrowth.

Following the incident, the Lumajang district police arrived at the scene to investigate the crossing. They have also order local council to inspect its safety.

“The mother was very lucky especially because she had children with her when the accident happened. We have interviewed her and we do not believe she did anything wrong. She was very shaken by the accident.” 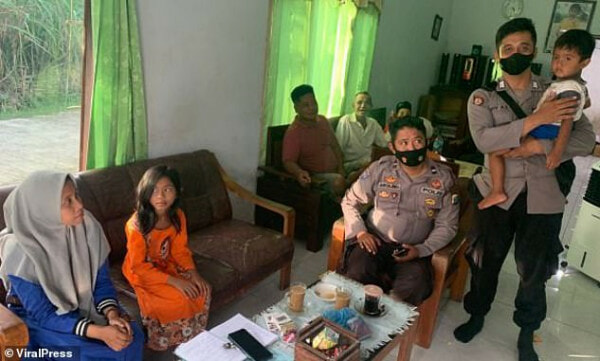 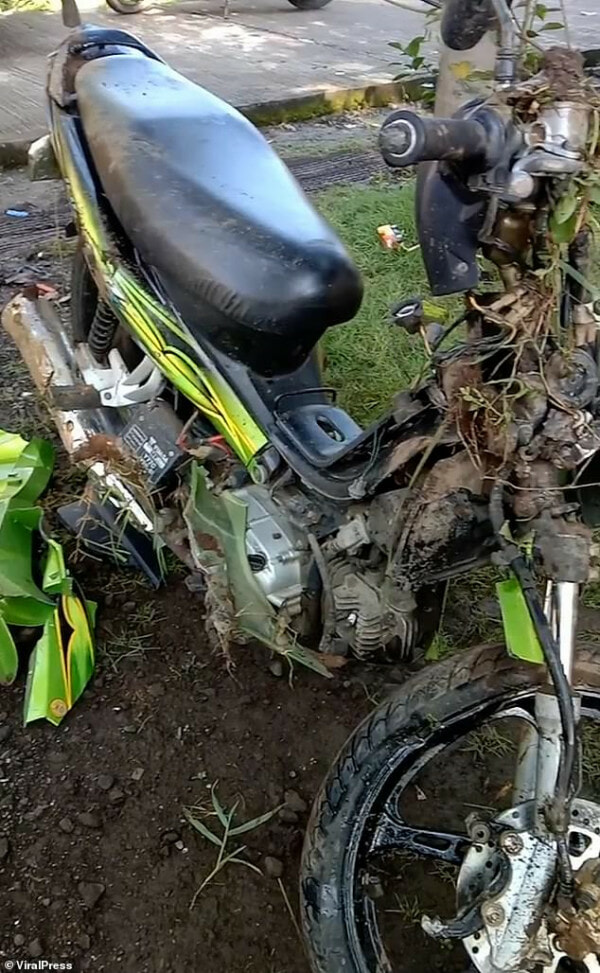 Thankfully, all of them weren’t injured during the incident but only had a wrecked motorcycle for their troubles.

Also read: WATCH: Aunty Casually Washes Her Hand In The Train; Netizens Are Understanding Though!