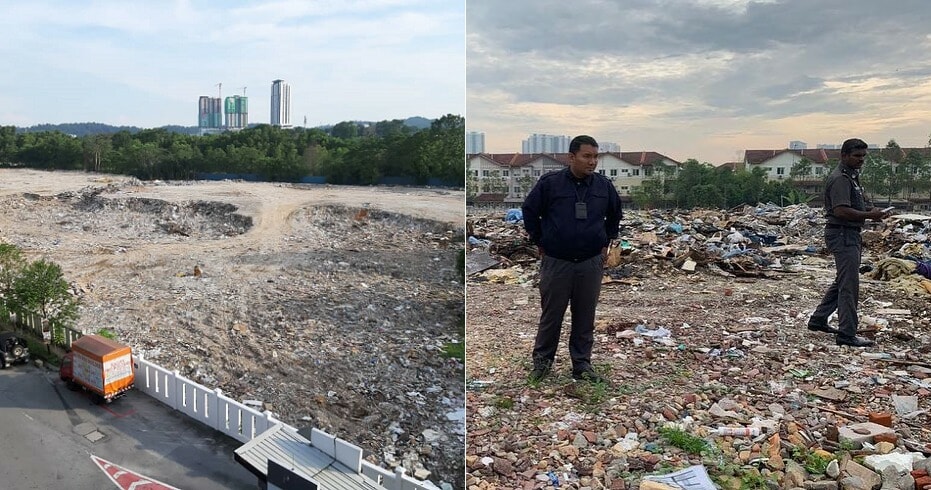 The people of Kinrara Mas are suffering because of irresponsible waste dumping. An unknown third party has been illegally dumping waste in a plot of land nearby Apartment Kinrara Mas, Bukit Jalil, causing health problems for the residents there.

Speaking to WORLD OF BUZZ, a resident who lives in Apartment Kinrara Mas revealed that the dumping site is also nearby a Tamil school (SJK (T) Ladang Kinrara) and other residential areas. It’s bad enough to have to live with the eyesore that is the dumpsite, but now, the illegal dumpsite is affecting the lives of people who live near it.

The resident shared that the foul smell which emits from the waste is causing nausea and vomiting amongst the residents. Another resident, Loh, told The Star that her neighbours suffered sore throat, dizziness and flu due to the foul smell that came from the illegal dumpsite. 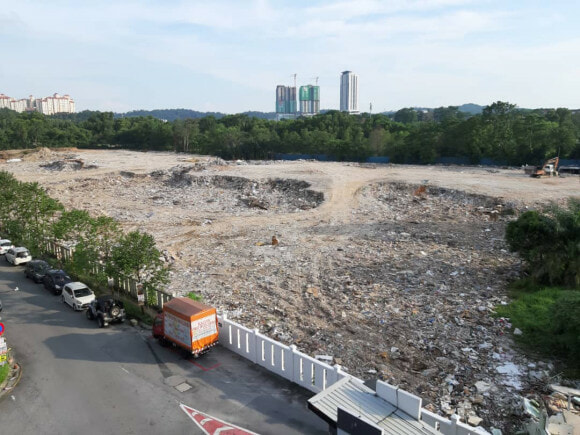 She was quoted by as saying,

“My family and I have to endure the smell even inside our own home. I had to place tape over the gaps in the doors and now I have to wear a face mask to bed.”

FYI, the trash which was dumped at the plot of land includes construction waste, organic waste and other matter.

Besides that, this unhygienic situation is also affecting asthmatic residents, and even daily chores like drying clothes have become very difficult for Kinrara Mas residents. This is because the fumes are causing “the clothes to smell bad too”. Damn, that doesn’t sound good!

Everyday activities like walking around the compound, swimming in the pool or even just lounging in the balcony have become nearly impossible to do because of the foul smell that comes from the dumpsite. According to a committee member of the residents’ association, Jimmy, the foul smell is so bad that some of the metal parts in their house – like taps, padlocks and grilles – have become rusty or black.

“It was so bad that one resident had even decided to move out,” he said. 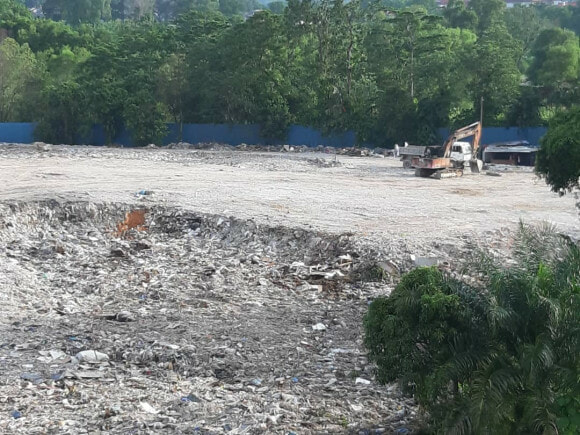 On 3rd June 2019, The Star paid a visit to the site, and they came across “dark, foul-smelling water in the trench”, which was allegedly dug by the workers who dumped the trash. Residents have reportedly lodged a complaint with the Department of Environment (DoE) and Kuala Lumpur City Hall (DBKL), shared Jimmy.

Based on documents shown to The Star, DoE staff visited the site on 11th April 2019 for inspection. In addition to that, SWCorp Wilayah Persekutuan (Solid Waste Management and Public Cleansing Corporation Sdn Bhd) along with DoE, DBKL and the Department of Irrigation and Drainage have also conducted a joint investigation of the site.

On 14th May 2019, SWCorp released a notice demanding that the company responsible for the dumping stop the leachate (the water drained from the landfill) from flowing to residential area’s main drain. They also detailed that four lorries have already been confiscated and that investigators are getting ready to bring the case to court.

On top of that, the developers who own the land were notified that the land was turned into an illegal dumping site by certain parties, and cleaning works on the site are already in progress. 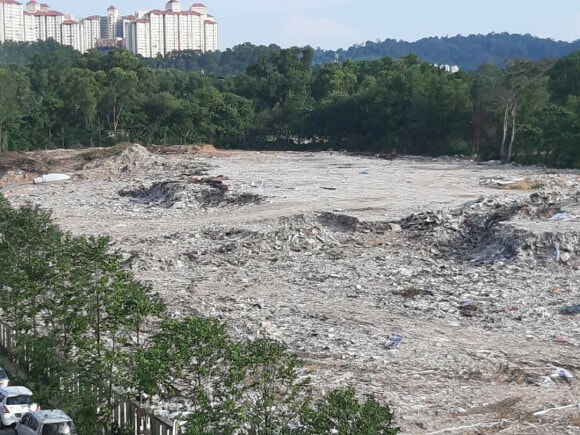 That said, the cleaning process is being carried out by a contractor hired by the landowner. The contractor has also been instructed to get rid of the asbestos waste on the site because it is a hazardous material that may affect the environment.

On that note, SWCorp Federal Territories director Mohd Zahir Shari, who visited the site on 4th June 2019, shared that the stench had reduced greatly. Further, he said that the company has requested to bury the garbage as removing it will cost a lot.

“SWCorp will be monitoring the site, including the cleaning works and other works to fill in the soil which will be done by the contractor,” assured Zahir.

You can read their entire statement here:

Well, we’re glad the authorities are already working to clean up the mess made by irresponsible parties. Hopefully, the residents of Kinrara Mas will be able to go on with their regular lives after this.

On that note, you may want to keep your ears peeled for more information on the matter as there will be a press interview, conducted by 8TV, to address this issue on 16 June 2018.

Also read: M’sians Angered After Two Men Dump Rubbish from a Lorry into the Sea in Penang 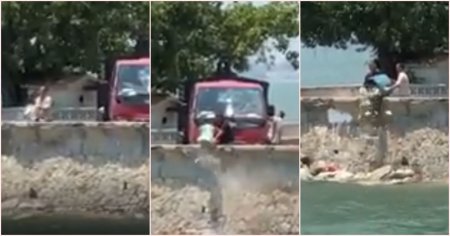