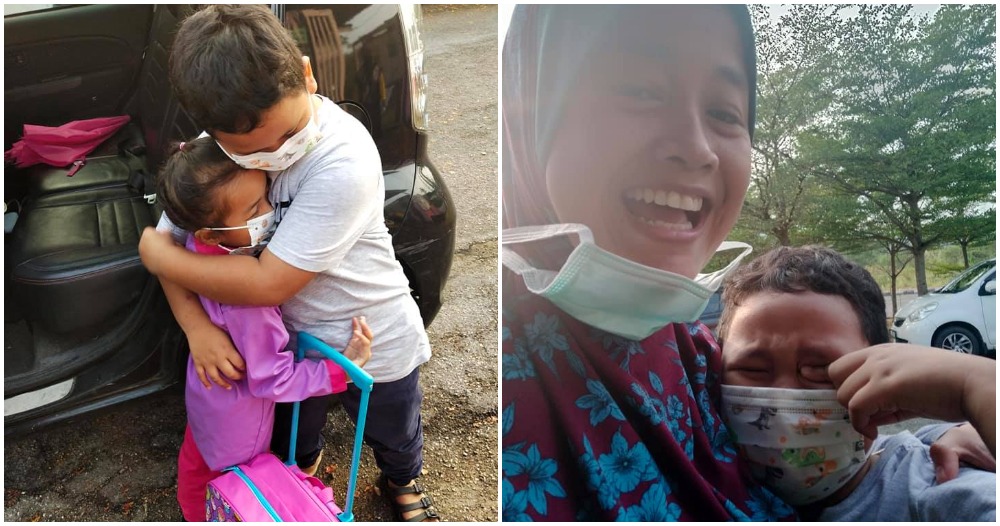 Preschool, Standard One and Standard Two students have started their schooling session today (1 March) under strict SOPs. Despite only being the first day, it has certainly been an eventful one with a student running away and teachers employing mascots to welcome their students.

Well, the first day is definitely isn’t easy for both parents and children facing separation anxiety. However, in this case, it wasn’t the parent nor the child. Instead, it was the brother who couldn’t handle being away from his sister. Rifana Dan Fadhilah posted in the Facebook group Anak Sepahkan Apa Hari Ini on how her son, Haikal couldn’t stop crying when his younger sister, Aisya, went back for her first day of school. 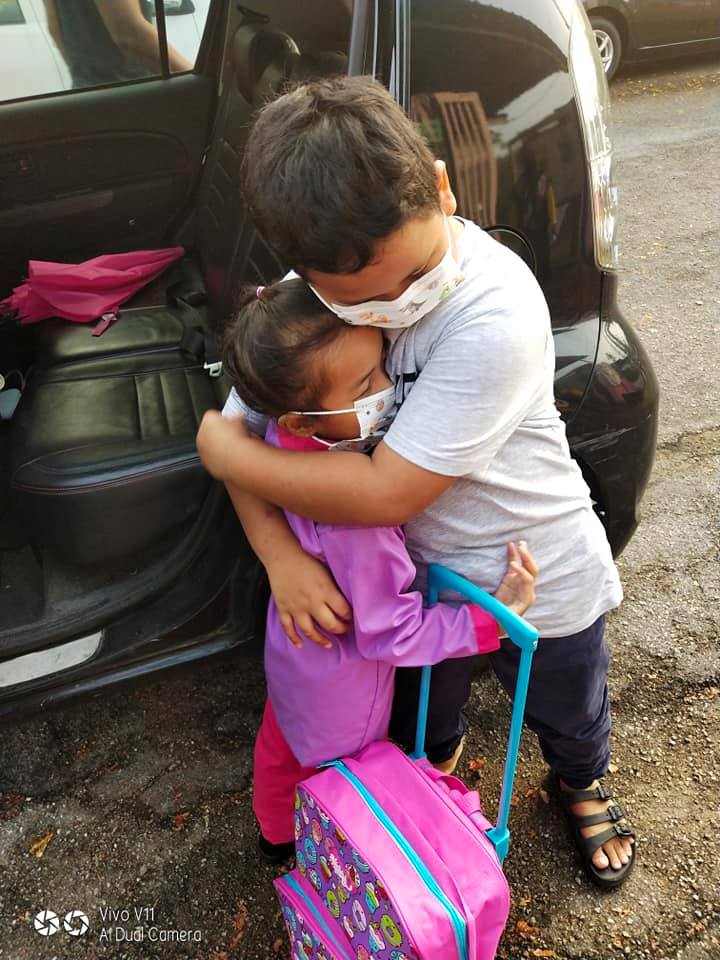 Rifana added that Aisya just behaved like her usual self but instead, Haikal was the one crying as he saw her entering the school. Upon reaching their house, Haikal even asked his mother, “Mum, what time will school finish? I feel lonely!”

Speaking to World of Buzz, Rifana said Haikal who’s currently in Standard Three, will only be starting his schooling next week, 8 March.

“They’re just like other children. Sometimes they fight and sometimes they’re loving but Haikal has always been the soft-hearted type.” 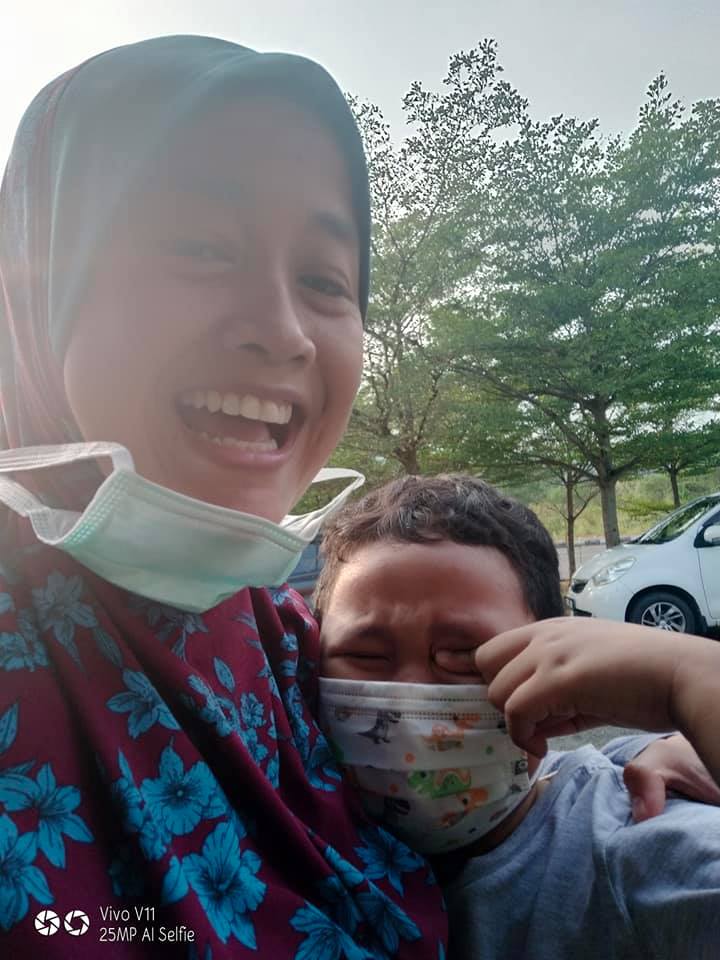 However, in true children’s fashion, Rifana said not even five minutes after fetching his sister, both of them started fighting as usual! Rifana even told us that despite her brother’s reluctance to let her go, Aisya had an amazing day at school and she’s so excited to return tomorrow.

Haikal and Aisya’s love for each other is definitely relatable for many of us with siblings. We love them with all our hearts but God forbid, they actually know that! 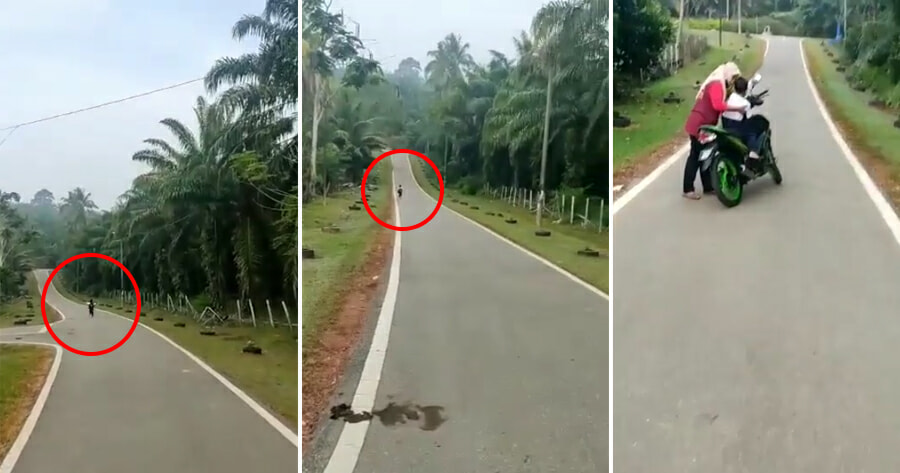