Abd Rahim Abd Rahman, a 61-year-old Malaysian was driving along Persiaran Astana in Meru with Indonesian national Nurhayati who was aged 56 before they were struck in a freak accident, as reported by The Star.

They were on the way to the main road on Jalan Meru, Klang in their black Perodua Axia when a pile driver fell on their car. Onlookers and motorists were reportedly shocked and tried to rush to their aid. 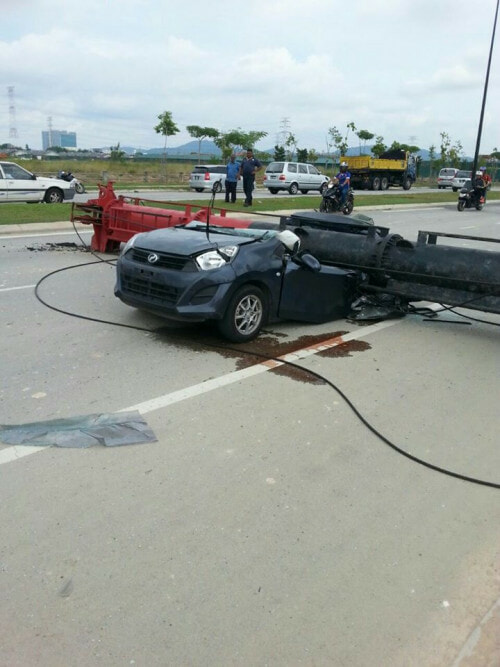 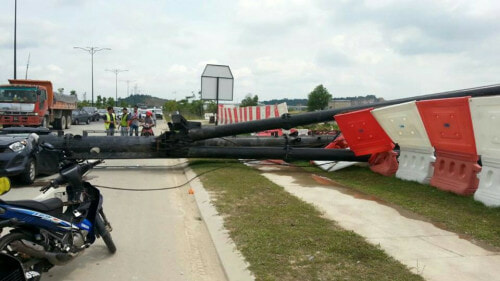 Unfortunately when they approached the mangled wreckage, they found that both the occupants were dead. Later on, when the authorities arrived, it was speculated that they died on impact.

Their bodies have been sent to the Tengku Ampuan Rahimah Shah Hospital for a post mortem.

The construction company in operation was not contactable by the media at this time, so we have no official explanation as to why the towering machine fell. It is likely that they are conducting internal investigations. 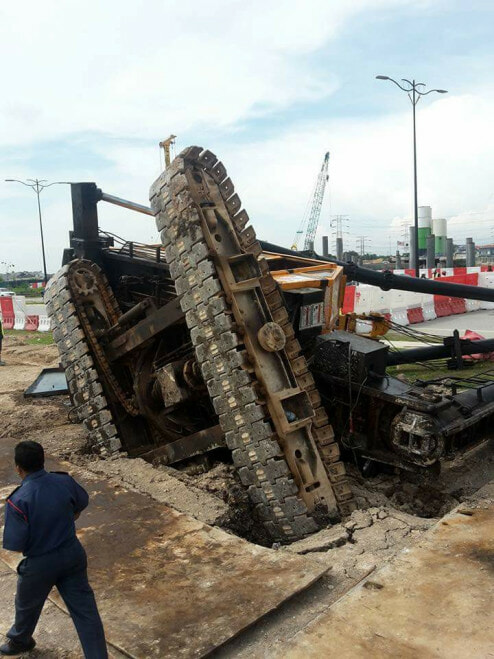 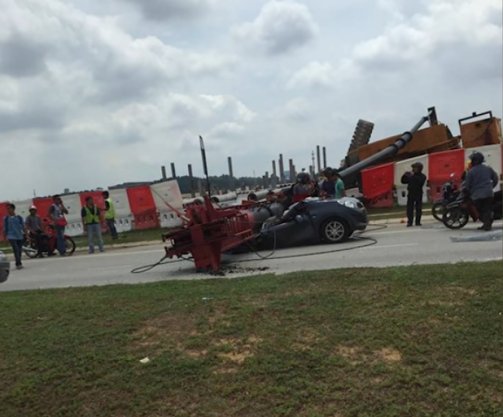 Speculators have reported that the pile driver was most likely improperly anchored to the ground and buckled under load. We are currently unsure if the construction machine was in operation at that time.

Regardless, World Of Buzz would like to send our heartfelt condolences to the families and friends of the victims.