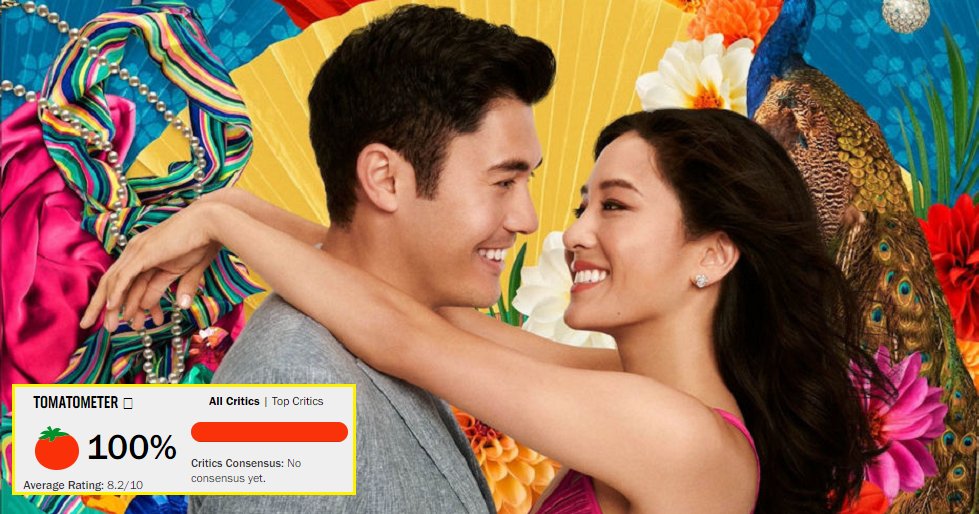 Disclaimer: This article is not sponsored!

‘Crazy Rich Asians’ just premiered in the United States yesterday (10 August 2018) and it’s already making headlines because of its overwhelmingly positive responses from the audience.

After they dropped the trailer, the movie adaptation of Kevin Kwan’s best-selling novel of the same name garnered a lot of attention because it’s the first Hollywood film in 25 years to feature Asian Americans as its leads. Therefore, since it’s a highly-anticipated movie, the expectations for it to perform well were pretty high too. 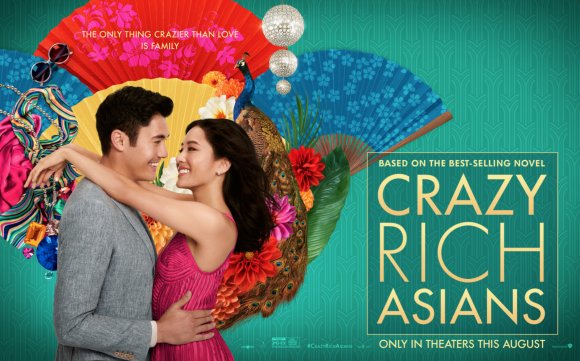 Fortunately, the star-studded movie – featuring Constance Wu and our homeboy, Henry Golding as its leads – lived up to its expectations because it got an approval of 100% on Rotten Tomatoes with an average rating of 8.2/10.

With about 19 reviews on Rotten Tomatoes, the movie has received many positive critiques from its first set of audience. 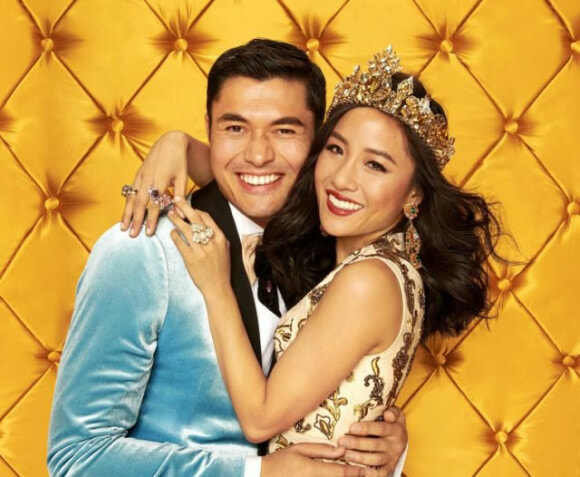 ” ‘Crazy Rich Asians’ is a defibrillator for a genre that flatlined ages ago. This heartwarming, well-acted and decadent film takes you back to the greatest hits of Nancy Meyer, Richard Curtis and Nora Ephron.” 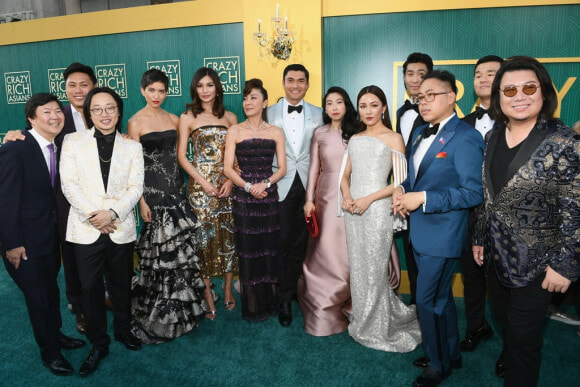 Besides reviews from film critics, netizens and celebrities who saw the movie at the premiere were also very delighted by it, with many of them taking to Twitter to express their opinions.

Ming-Na Wen, who was absolutely star-struck to meet Malaysia’s pride, Tan Sri Michelle Yeoh, commented that Michelle was exceptional as she played the socialite supremo and mother of Nick Young, Eleanor, in the movie. 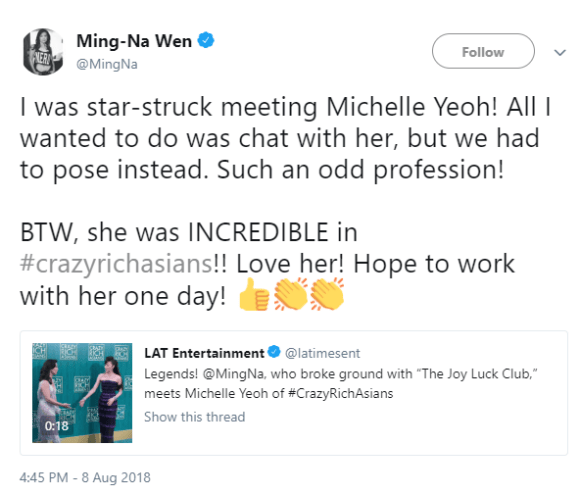 If you didn’t know, Ming-Na Wen is the voice for Disney’s Mulan!

Not forgetting, Ross Butler of ‘Riverdale’ and ’13 Reasons Why’ fame also tweeted his approval of the movie as he found it relatable even to non-Asians. Another netizen also shared the same sentiments. 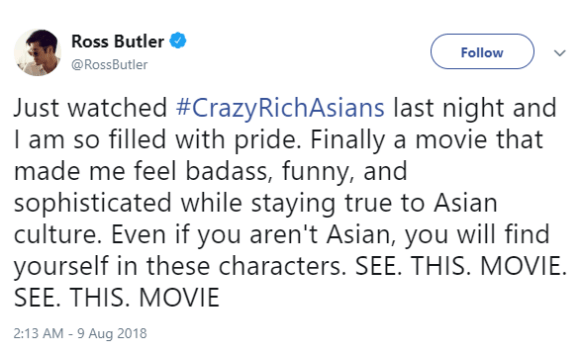 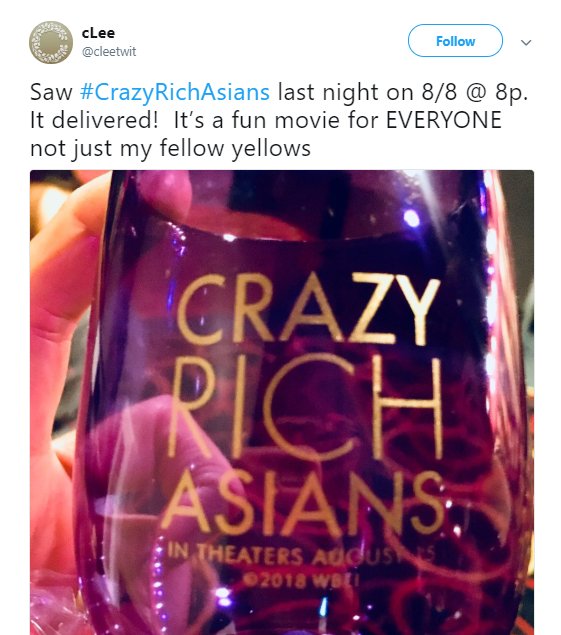 Well, after reading all these responses and reviews of the movie, we are definitely looking forward to watching ‘Crazy Rich Asians’ in the cinemas. After all, who doesn’t love a good rom-com?

In the meantime, if you haven’t watched the trailer, you can do so here :

If you’re a sucker for a good cheesy, lavish romantic comedy, you definitely don’t want to miss ‘Crazy Rich Asians’ in the cinemas when it releases next week on 22 August 2018. Brb, pre-booking our tickets to watch  ‘Crazy Rich Asians’! 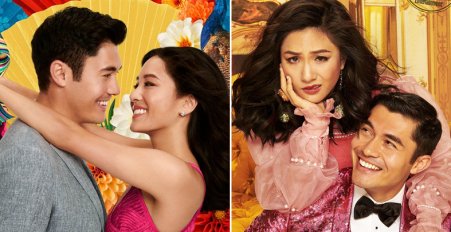